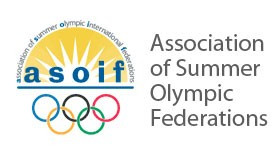 The Council of the Association of Summer Olympic International Federations (ASOIF) - acting unanimously - decided to suspend its association with SportAccord with immediate effect.

It said it considered “the position taken [by the SportAccord leadership] not compatible with the role and mission of ASOIF as a major stakeholder of the Olympic Movement”.

The International Judo Federation, of which Vizer is also the President, is the only member of ASOIF not to have suspended its membership of SportAccord.

Minutes later, the International Paralympic Committee (IPC) announced that it had withdrawn as a SportAccord associate member.

As the pace of reaction to Vizer’s remarks and the manner in which they were delivered quickened, however, the Association of Winter Olympic International Federations (AIOWF), opted for less drastic action.

It expressed its “disagreement” with “the occasion and manner in which the opinions of the SportAccord President were expressed” and called for “constructive dialogue between SportAccord and all stakeholders in the interests of the Olympic Movement”.

Attention will now focus on Vizer’s appearance at Wednesday’s ASOIF General Assembly, with future developments in what has been a spectacular fall-out at the heart of the world sporting movement likely to hinge on whether he shows any signs of contrition or willingness to open a dialogue on the scope of SportAccord’s future activities.

The ASOIF, much the most powerful of the three bodies to stake out their positions, said its suspension was pending a full review and “formal clarification” of three points.

• The scope of its activities;

• Its governance and management, including the body’s constitution, participation of stakeholders and levels of consultation.

Francesco Ricci Bitti, ASOIF President, told insidethegames he believed SportAccord could still play a useful role as organiser of an annual convention and provider of services for smaller International Federations.

He also saw no problem with the body’s organisation of specialised games events, such as the Mind Games, Combat Games and even Beach Games - provided, crucially, that they steer clear of Olympic disciplines.

“I am ready to talk,” Ricci Bitti said, saying that he had “a lot of respect for [Vizer’s] enthusiasm”.

“I tried to calm things down as much as I could,” he said.

“There is no reason to exaggerate.”

The ASOIF and AIOWF are due to have a joint meeting in Sochi on Thursday (April 23), towards the end of what has been an extraordinary week.

Events between now and then may determine whether the two bodies feel there is enough common ground for them to adopt a united front on an issue that may yet jeopardise Vizer’s continued leadership of the umbrella organisation for all Olympic and non-Olympic sports, failing an abrupt change in his tone and management style.