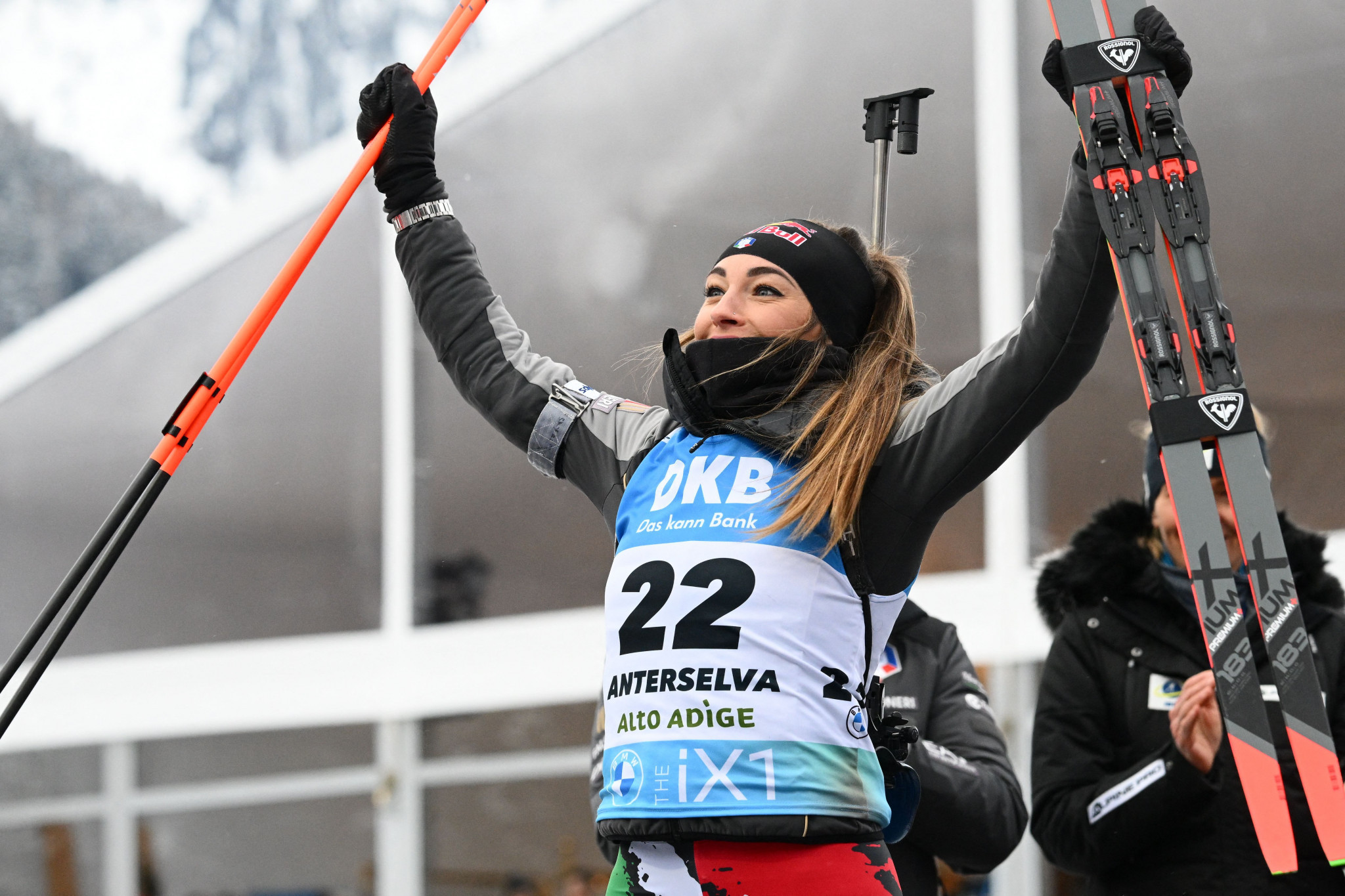 The three-time Olympic bronze medallist, including in the sprint event at Beijing 2022, staved off a challenge from Chloé Chevalier of France by 2.8sec.

All three athletes on the podium completed both shoots without penalties.

Wierer was pleased to secure a victory which she had not foreseen.

"I am really happy and did not think it was possible to make such a good race today," she said.

"I started and felt really bad, such bad legs.

"It was really good on the shooting range with zero-zero.

"I did not expect that because before the race I was really nervous and because of the wind, but it was good."

Marte Olsbu Røiseland of Norway, who won three gold medals at Beijing 2022 including in the sprint race, finished fourth in 21:14.3, picking up one shooting penalty.

Congratulations to the Top 3 of the Women Sprint in Antholz - and especially to Chloe Chevalier on her podium debut! 💥

Julia Simon of France in the yellow bib slipped out of medal contention after a strong start, amassing two penalties on the standing shoot.

Simon continues to lead the overall women's standings with 788 points, with Öberg second on 675 and Wierer moving up to third on 567, one point clear of compatriot Lisa Vittozzi who finished 13th.