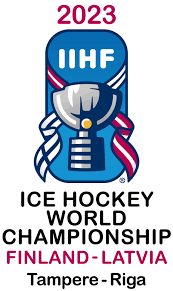 Tickets have gone on open sale for the 2023 International Ice Hockey Federation (IIHF) World Championship, which will be co-hosted by Tampere in Finland and the Latvian capital Riga.

"So far, we have sold more than 100,000 tickets to the participants in the draw," said Organising Committee secretary general Heikki Hietanen.

Tampere hosts preliminary round Group A and will also be the setting for two quarter-finals, semi-finals and the finals.

Riga hosts preliminary round Group B and will also stage quarter-final matches.

The day tickets for the games played in Tampere are NOW on public sale!🎟😎🙌🏼

Come to celebrate hockey with us in Tampere & buy your tickets now!

Finland begin the defence of their world title against the United States on an opening day double-header which also features Sweden against Germany.

Reductions for children aged five to 12 apply to all matches other than those in the medal round.

"This year, we have more tickets on sale than last year already at the draw stage, so there are still plenty of tickets for purchase, the number varies from game to game," Hietanen added.