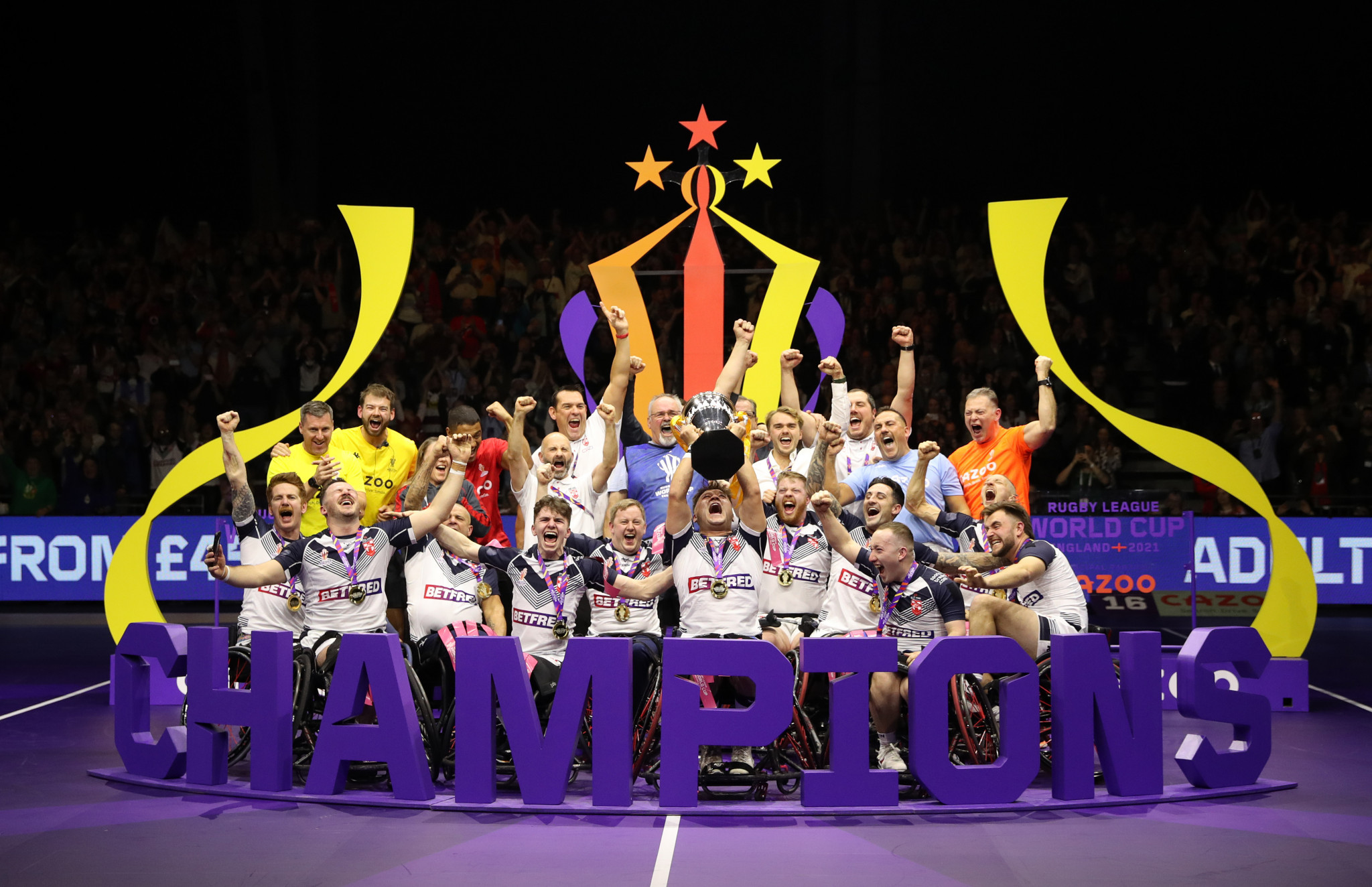 England won a dramatic final at the Wheelchair Rugby League World Cup in Manchester, with the hosts scoring a late try to defeat France 28-24 at the Manchester Central Convention Complex.

France were in fine form during the group stages, first thrashing Wales 154-6 before guaranteeing top spot with an 80-15 victory over Scotland and 116-6 win against the United States.

After defeating Australia 38-8 in their opening group match, England thrashed Spain 104-12 and defeated Ireland 121-0 to finish in first.

England continued their dominance with their third victory in a row where they had scored more than 100 points.

This time, they defeated Wales 125-22, while France made the final with an 84-40 victory over Australia.

Meeting in the final, France were looking for their third consecutive title in four World Cups, while inaugural winners England were looking to get their second gold.

It was a bright start for the defending champions who scored a penalty through Lionel Alazard after less than two minutes, before he scored a try to follow.

With the score at 8-0, England knocked on the door and finally got on the board thanks to Tom Halliwell after 18 minutes, with Robert Hawkins making it a two-point match with the conversion.

Mostefa Abassi scored another try for France with Nicolas Clausells getting his second conversion of the game to make it 14-6 again.

Crucially, Jack Brown got a try back for England with just two minutes left until half-time, with Nathan Collins getting the conversion too.

Shortly after the break, Lewis King scored a try to put England in front, but Collins could not extend from the cone.

The moment England win an absolute classic to lift the Rugby League World Cup for the first time since 2008.#RLWC2021 pic.twitter.com/BmptP72Nag

Brown got his second try and Collins converted to make it 22-14.

Clausells then levelled the scoring with 18 minutes to go with a penalty, meaning the match could go either way.

Collins made up for the earlier miss to score a penalty and put England back in front before Clausells once again equalised with a penalty with nine minutes left.

Having been so consistent throughout the match from the tee, Clausells crucially missed a penalty five minutes from time, and just two minutes later Tom Halliwell got the winning try.

Halliwell was named the Player of the Match for his efforts.

The Women's and Men's Rugby League World Cup Finals are scheduled to take place tomorrow at Old Trafford, Manchester, with Australia taking on New Zealand in the women's and facing Samoa in the men's.