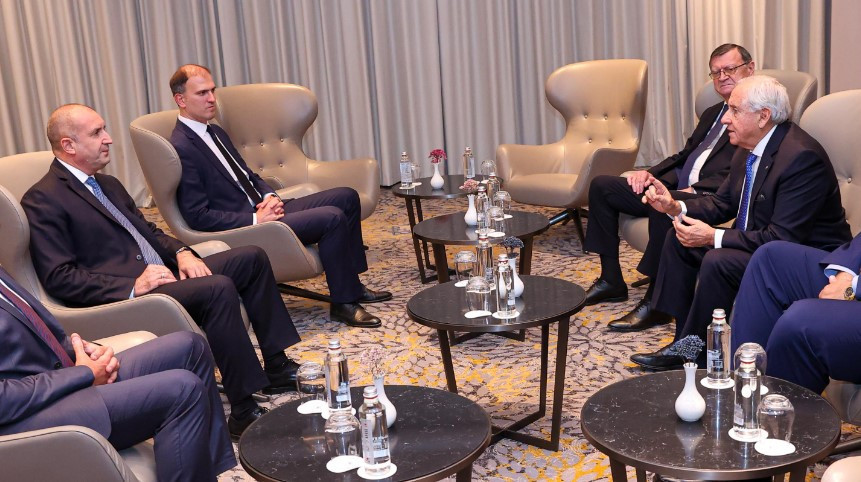 International Volleyball Federation President (FIVB) Ary da Silva Graça Filho met with Bulgarian President Rumen Radev to discuss the sport's development in the country and the importance of having a strong national team.

"It was a great pleasure today to meet the State President of Bulgaria Rumen Radev and discuss how we can move volleyball in the country to the next level," said Graça.

"The FIVB fully supports the Bulgarian Volleyball Federation under the leadership of Lubomir Ganev and we are ready to invest further into the development of the national teams in the country via the programme of Volleyball Empowerment."

Bulgaria's best result at the Olympic Games came at Moscow 1980 when the men's team won silver while the women claimed bronze.

The following year, the women's side won gold at the European Championship which remains the country's only major title in volleyball.

"It is a great honour and pleasure for me to celebrate the 100th anniversary of Bulgarian volleyball together," said Radev.

"There are not many sports that can boast such a glorious history.

"The fact that the Presidents of the World and European Federations are among us is a huge recognition for our country's contribution to world volleyball.

"There are many golden moments in the century-old history of volleyball in Bulgaria.

"All these successes at the European, World and Olympic levels have turned this attractive sport into the most successful Bulgarian team sport of all time."