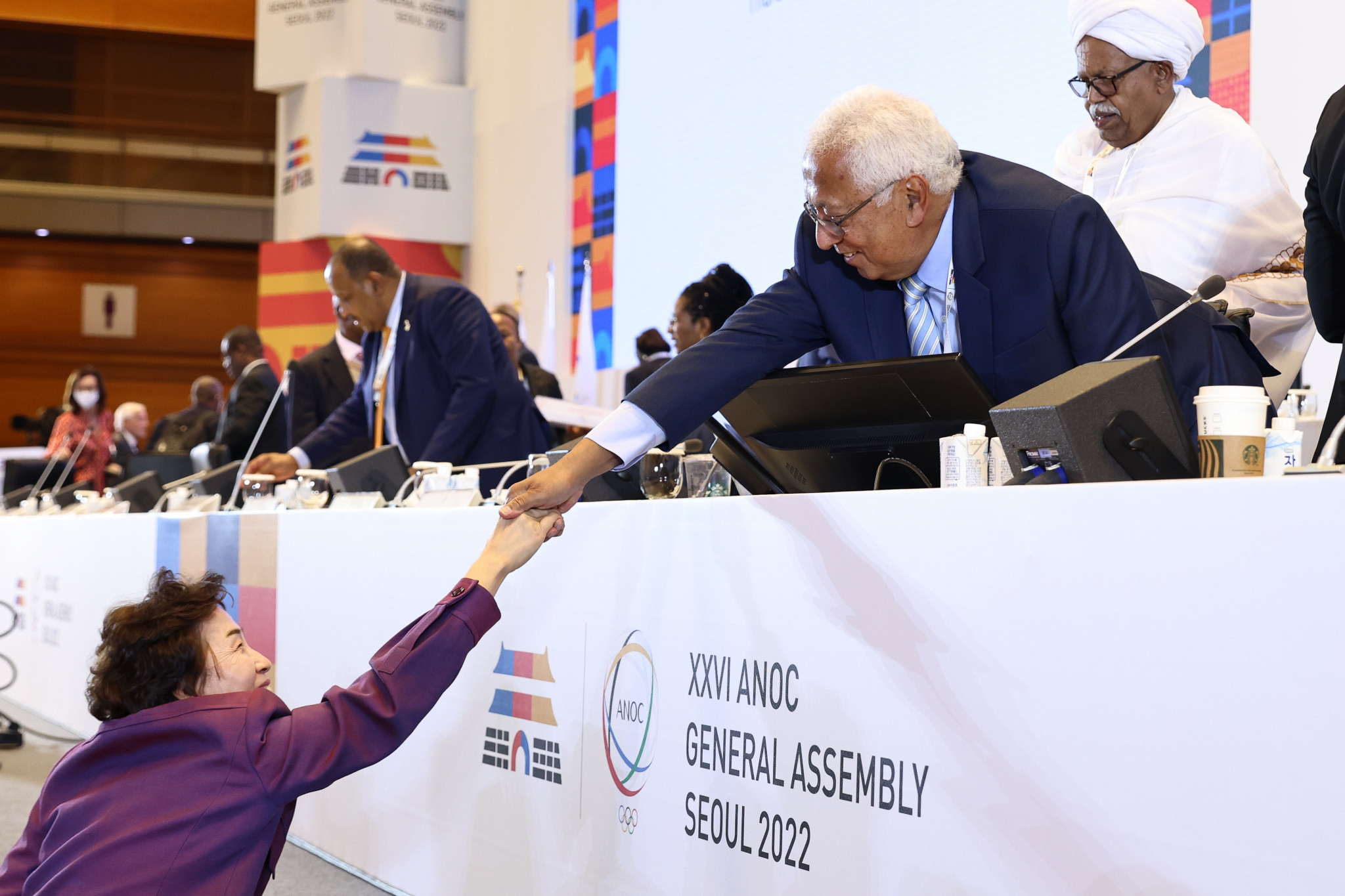 Robin Mitchell has been elected unopposed as President of the Association of National Olympic Committees following a vote at the organisation’s General Assembly here.

The Fijian official takes on the permanent role after holding the position on an interim basis for the past four years.

He succeeds Kuwait's Sheikh Ahmad Al-Fahad Al-Sabah, who temporarily stood aside in 2018 after being charged with forgery in Switzerland.

A total of 182 votes were cast in the secret ballow, with 177 in favour, five against and two abstained.

"Thank you all for your support and now we have to think about what to do next," said Mitchell following applause from the General Assembly.

"I am looking forward to working with you for the next four years and I am sure we will have fun doing that."

The Qatar Olympic Committee President, who was recently appointed to the IOC's Olympism 365 Commission, is set to serve as vice-president for the next four years.

Of the 192 National Olympic Committees eligible to take part - one more than the Presidential election - 177 took part in the vote, with 166 in favour, 11 against and nine abstaining.

After receiving a standing ovation, Sheikh Joaan said: "I greatly appreciated your support and trust you have shown me today, and I thank the OCA [Olympic Council of Asia[ for the nomination.

"I will work tirelessly to continue to represent the interests of the NOC family, and I am excited for what is to come.

"As we say in the Olympic Movement, we are stronger together and there is so much we can learn from each other.

"I know ANOC has a key role to play in facilitating the sharing of knowledge among NOCs.

"I look forward to working closely with President Mitchell, the ANOC Council, and the ANOC team over the next four years."

“If the majority say you are not the fit person, are we going to say tecnically you can’t hold office?" said de Silva.

"This is not the correct.

“You are the only one standing here.

"Why are we trying to elect now?

"You are already uncontested.

South Sudan requested for a Constitutional amendment to allow for a candidate to be elected unanimously where there is only one vote "to make life easy".

However, Mitchell said he would prefer to "go through this process" and "quantify it".