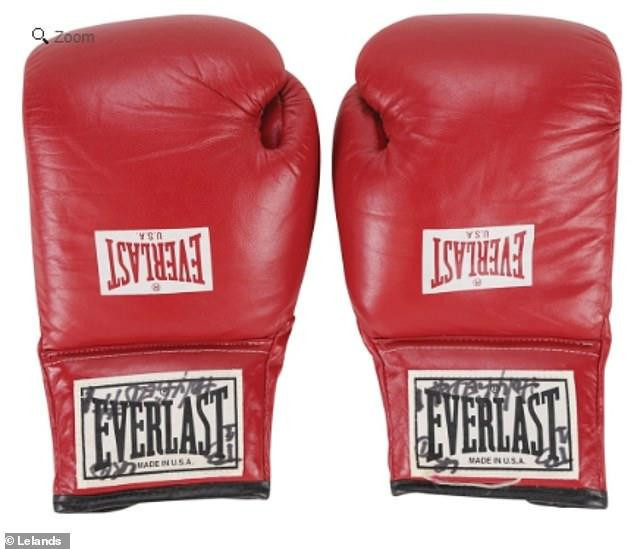 Gloves worn by Evander Holyfield during the infamous world heavyweight title fight in 1997 where Mike Tyson bit off a portion of his ear have been sold at auction.

"These crisp, red Everlast gloves were worn by 'The Real Deal' in that landmark contest, with Everlast logo sewn on each cuff, and a screened logo in white," Lelands said on the description of the item.

"Each has written on the cuff logo in black marker, 'Holyfield #1.'

"Light but definite use shown, not surprising as the bout lasted just those three rounds.

"A remarkable piece of pugilistic history.

"Solid provenance; property from the life and career of Evander Holyfield, these were previously sold at an auction where Holyfield consigned his personal pieces."

Holyfield and Tyson's rematch for the World Boxing Association heavyweight title took place seven months after the former won their first match by technical knockout in the 11th round.

A rematch for the title was ordered in June 1997 at the MGM Grand Garden Arena in Las Vegas, but it was called after Tyson bit both of Holyfield's ears, the second time ripping off a portion of flesh.

Following the incident, Tyson had his boxing license revoked by the Nevada State Athletic Commission - which was reinstated 15 months later - and was fined $3 million (£2.8 million/€3.1 million).

Despite the incident causing a rift between them that lasted many years, the two later reconciled and had been rumoured to contest another rematch in 2021.

However, that never materialised after Tyson's camp allegedly turned down a $25 million (£23.5 million/€26 million) proposal for the fight.