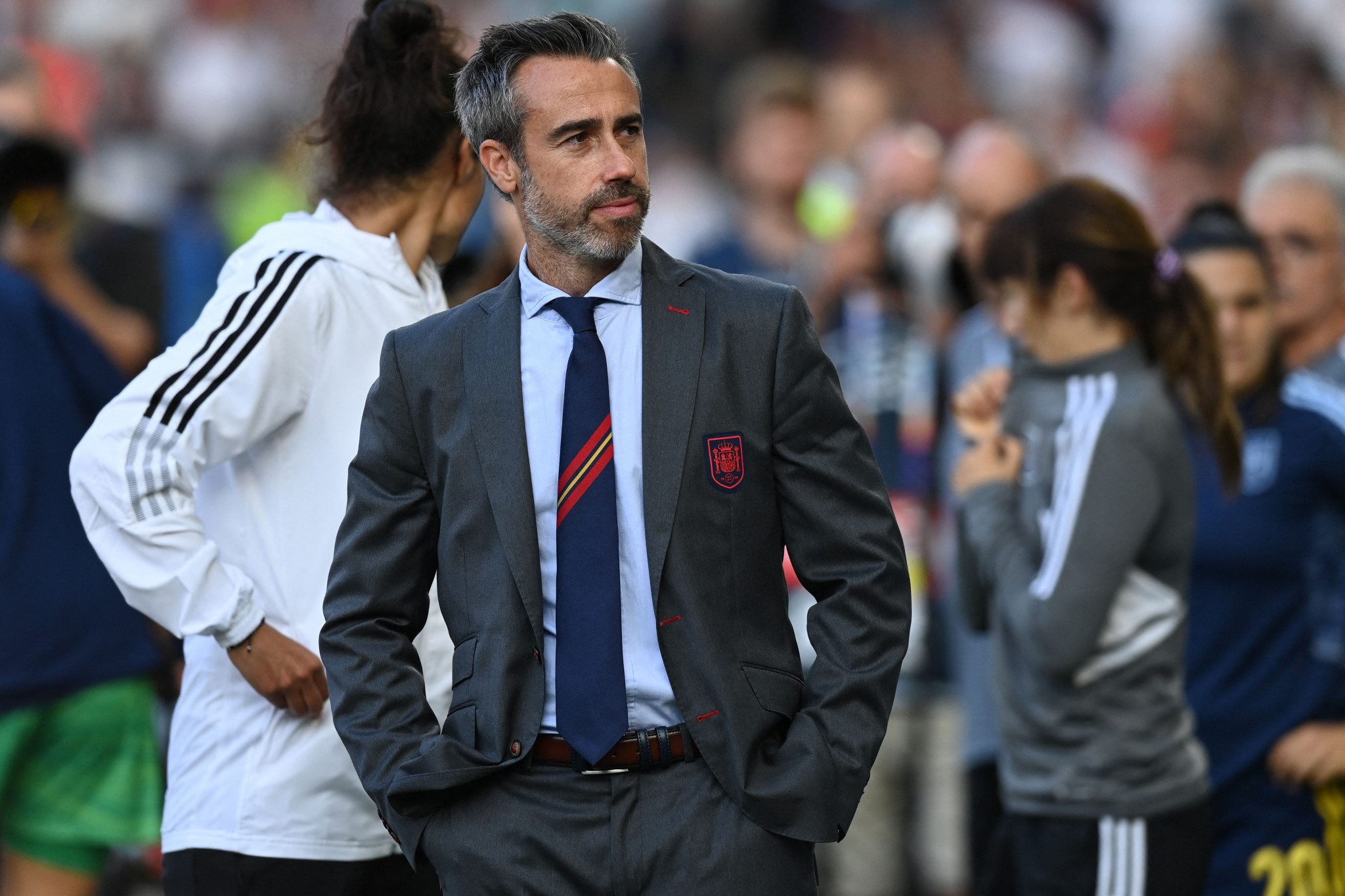 Fifteen members of Spain's women's football team have said they will refuse to play if Jorge Vilda continues as head coach - after accusing him of negatively impacting their mental health.

They held a press conference and also confronted Vilda - who refused to step down.

The players are unhappy with the management of injuries, the atmosphere in dressing room, Vilda's team selection and his training sessions, and have alleged a "toxic" atmosphere.

They each individually emailed their demand to the RFEF which has reacted angrily, saying players should not question the coach and that their actions could lead to five-year bans.

It said it would select youth team players instead if it needed to.

They are joined by Ainhoa Vicente Moraza and Lola Gallardo from Atletico Madrid and Nerea Eizaguirre and Amaius Sarriegi from Real Sociedad.

Andrea Pereira, who plays in Mexico for Club América, is also part of the list.

No players from Spanish giants Real Madrid are part of the group, and it does not include captain Irene Paredes and Ballon D'Or winner Alexia Putellas, who both play for Barcelona.

Paredes had previously supported the press conference where the group had not called for Vilda to be sacked.

She was reportedly reassured that "changes would be made".

The RFEF said the players could now only return to the squad if they "ask for forgiveness".

The Royal Spanish Football Federation communicates that, throughout today, it has received 15 emails from 15 players of the women's national football team, coincidentally all with the same wording, in which they state that the current situation generated affects them "in an important way" in their "emotional state" and in their "health" and that, "as long as it is not reversed", they renounce the national team of Spain," the governing body said.

"The RFEF will not allow the players to question the continuity of the national coach and his coaching staff, because making those decisions does not fall within their competences.

"The Federation will not admit any type of pressure from any player when adopting measures in the field of sports.

"These types of manoeuvres are far from exemplary and outside the values of football and sport and are harmful.

"According to current Spanish legislation, not attending a call from the national team is classified as a very serious infraction and can lead to penalties of between two and five years of disqualification.

"The RFEF, contrary to the way these players act, wants to make it clear that it will not take them to this extreme or pressure them.

"Directly, it will not summon the players who do not want to wear the shirt of Spain.

"The Federation will only have committed players even if they have to play with youth.

"This has turned from a sporting issue to a question of dignity.

"It is an unprecedented situation in the history of football, both male and female, in the Spanish and world arena.

"The present and the future of Spain is in the potential of the lower categories and players who this summer have been proclaimed under-20 world champions and under-19 European champions, in addition to obtaining the European under-17 youth runner-up.

"The national team needs players committed to the project, with the defence of our colours and proud to wear the shirt of Spain.

"The players who have submitted their resignation will only return in the future if they assume their mistake and ask for forgiveness."

Vilda took over as Spain manager in 2015 after replacing Ignacio Quereda, who some players later accused of verbal abuse.

The 41-year-old has previously coached Spain's under-17 and under-19 women's squads.

They have qualified for next year's World Cup in Australia and New Zealand with a 100 per cent record from their group, but the mass walkout threatens to seriously impact their preparations.

Vilda's team are due to next play Sweden in a friendly on October 7.

At the European Championships in July, they were knocked out in the quarter-finals by hosts and eventual winners England when they were the pre-tournament favourites.

Spain led 1-0 and were in control of the match, before questionable defensive tactics from Vilda flipped the game on its head and England won 2-1.