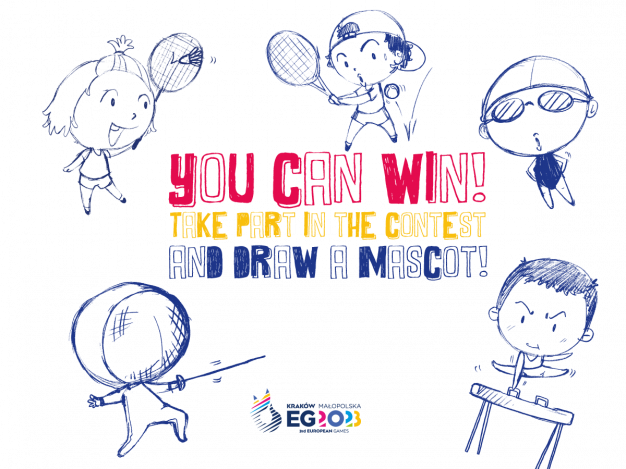 The Organising Committee of the Kraków-Małopolska 2023 European Games has started its mascot design contest with several prizes up for grabs.

Children and young people aged between five and 15 have been invited to send in their drawings for the competition.

The organisers are seeking for the mascot to be related to next year's edition or Olympism, in addition to representing aspects of the host city and region.

September 30 has been set as the deadline for submissions.

"If I was a little younger, I would be happy to take part in the contest myself," said Marcin Nowak, the President of the Organising Committee.

"I would not belittle the role of the mascot, because it is often the mascot that remains in the mind as a trace of a big event.

"We are convinced that our fans will fulfil all tasks and we will be inundated with great projects.

"And one of them will be implemented at the end."

The winner of the competition will have the opportunity to attend the Opening and Closing Ceremony of Krakow-Małopolska 2023 with a mascot as well as a maximum of four VIP tickets for their family.

They will also receive a package of official merchandise from the competition and a personalised mascot inspired by their design.

The first hundred people to make submissions are expected to receive official merchandise.

Kraków-Małopolska 2023 is scheduled to start on June 21 with the Opening Ceremony and conclude on July 2 with the Closing Ceremony.