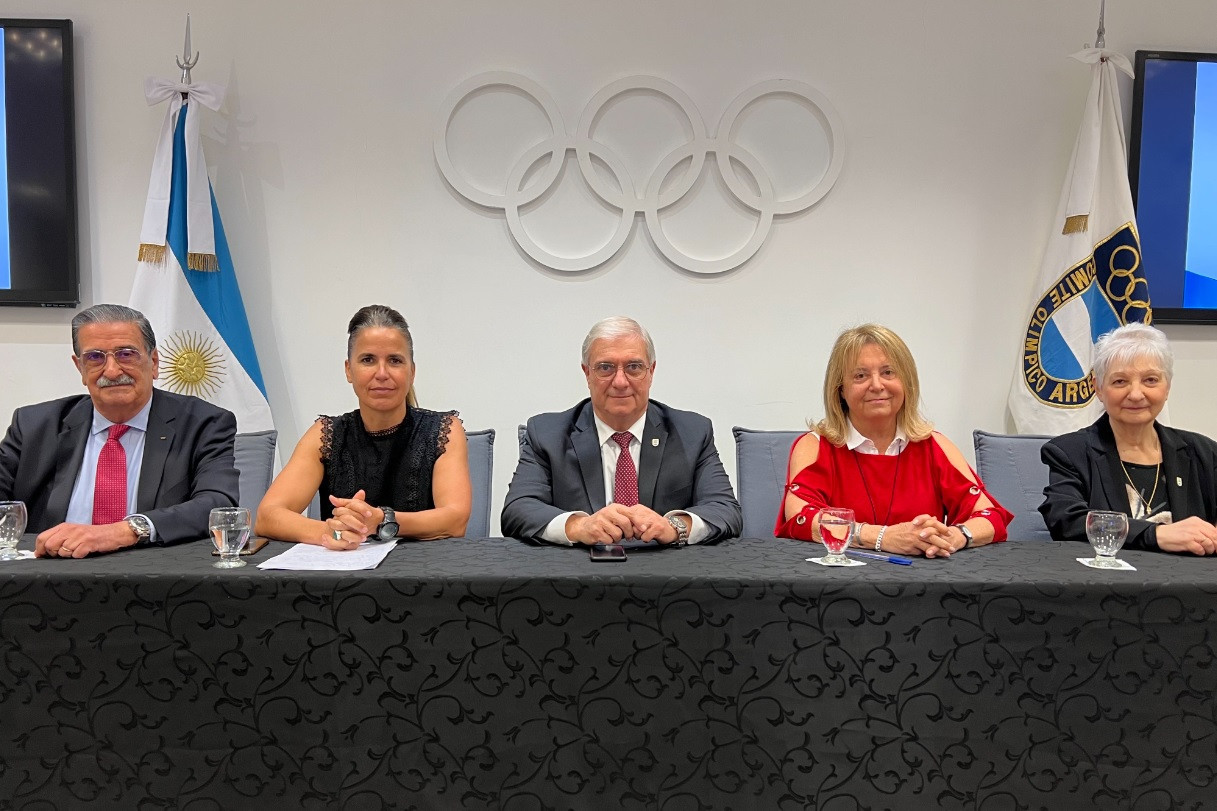 COA President Mario Moccia is in charge of the scheme that aims to use films to promote discussion about topics in sport.

"Untold: Breaking Point" was chosen to open the cycle as the film tells the story of former American tennis player Mardy Fish's battles with his anxiety disorder and mental health issues.

Participants then held a debate and analysed the theme of mental health in sport that was address in the film.

"We are happy to restart this successful cycle," said Moccia.

"The Argentine Olympic Committee is not only about high performance, we try to focus on the entire spectrum of sport.

"We work with the Federations in planning and competition, but also in other aspects that are very important that our Olympic Movement contemplates, such as art and culture, sport for all, gender equality and training.

"This is the home of Argentine sport.

"They are always welcome and it is very good that we can interact, share and enrich ourselves together through what mobilises us all, which is sport."

"The pandemic took many things from us, but it also left us many things," said Grabin.

"First celebrate the reunions, and this is one after many years of being behind the screen.

"And also, it gave us the possibility of reaching the entire country through the Zoom screen.

"The Argentine Olympic Committee has its doors open, and these are the cycles where we can share, inspire and be bearers of the Olympic values - excellence, respect and friendship to infect the entire community."

Morea added: "I am very happy that this cycle is relaunched and for that I want to especially thank Liliana Grabin.

"And 11 years passed, for five or six months a year there was a cinema debate, we screened 65 films and all the issues that arose were touched upon.

"For all this I want to thank Liliana and her entire team. to our COA team that always helps us and to the members of the commission."