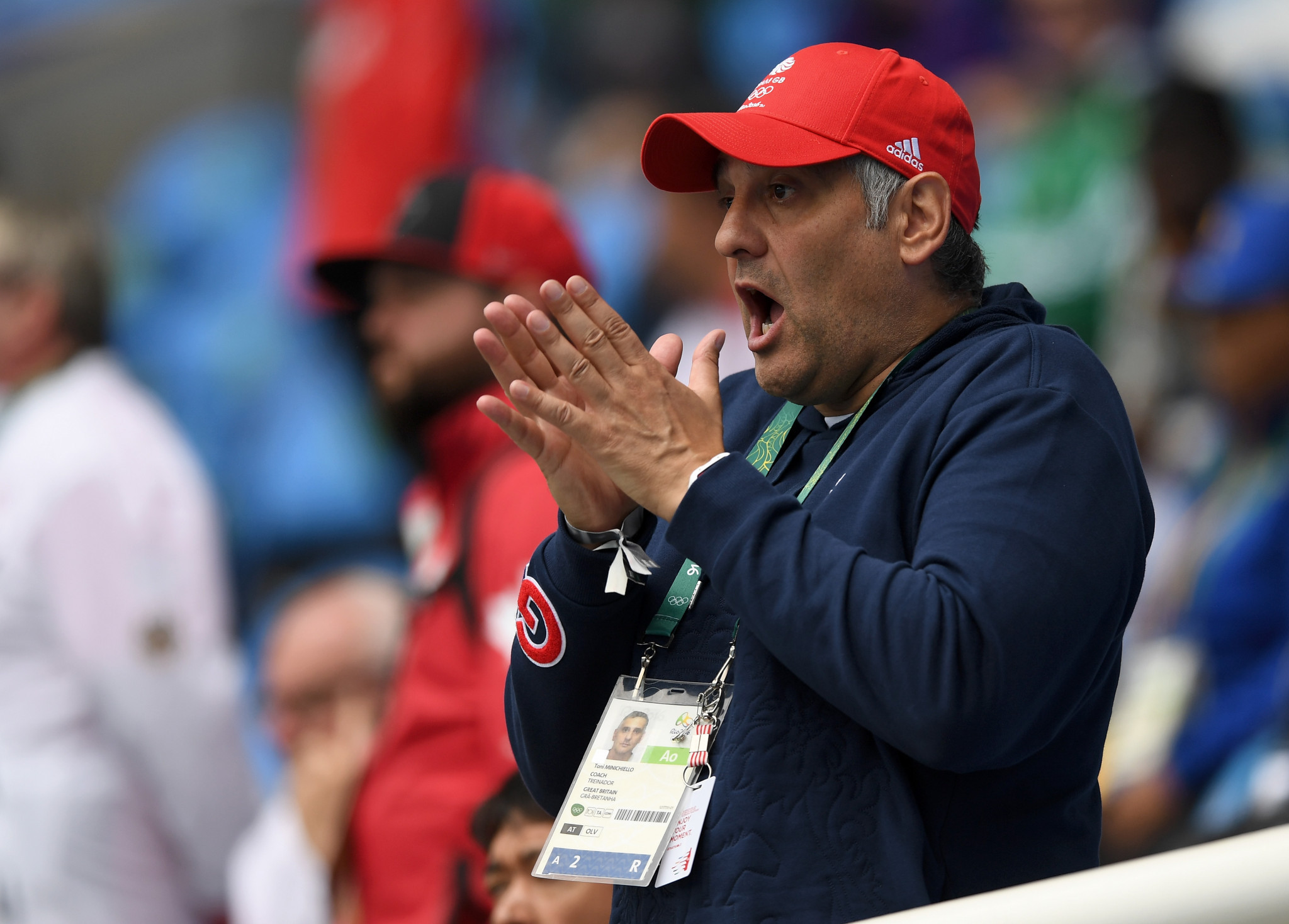 Athletics coach Toni Minichiello, who rose to prominence in coaching Jessica Ennis-Hill to a heptathlon gold medal at the London 2012 Olympics, has been effectively banned for life after a UK Athletics panel found he engaged in "sexually physical behaviour".

Minichiello made "inappropriate sexual references", did not respect athletes' right to a private life, was guilty of bullying and committed "inappropriate and unwanted touching of athletes", the panel found.

While Minichiello's coaching licence has elapsed, UK Athletics has decided he will not be granted another "in perpetuity" - representing an effective life ban from coaching.

As Minichiello's coaching licence has elapsed, he is not able to be sanctioned by UK Athletics.

Among the charges that the panel appointed by the UK Athletics Board found proven were touching the breasts of two athletes and "dry humping" three athletes from behind.

Minichiello was also found guilty of making inappropriate sexual references which included regularly referring to his penis as a "spicy Italian sausage" and mimicking oral sex.

A charge of bullying and emotional abuse was upheld because Minichiello had ordered an athlete to sit in a corner with a cone on their head as a dunce cap.

Minichiello was additional found to have made intrusive enquiries and derogatory comments about athletes' personal lives, including telling one she would "never get married" and "never have kids", and asking another about their sex life.

Minichiello continues to deny the charges.

Minichiello was suspended by UK Athletics in June 2021, pending an investigation.

He had received a written warning from the national governing body in 2017 after being accused of verbally abusing a female athlete.

Minichiello rose to prominence as the coach of Ennis-Hill, who was one of the faces of London 2012 in winning heptathlon gold in a home Olympics.

Under Minichiello's coaching, she also won a silver medal at Rio 2016 and three world titles.

Away from athletics, Minichiello has been involved with British Basketball for many years, including serving as chair for a period.

The British Basketball website now lists Minichiello as vice-chair of its Board of Directors.