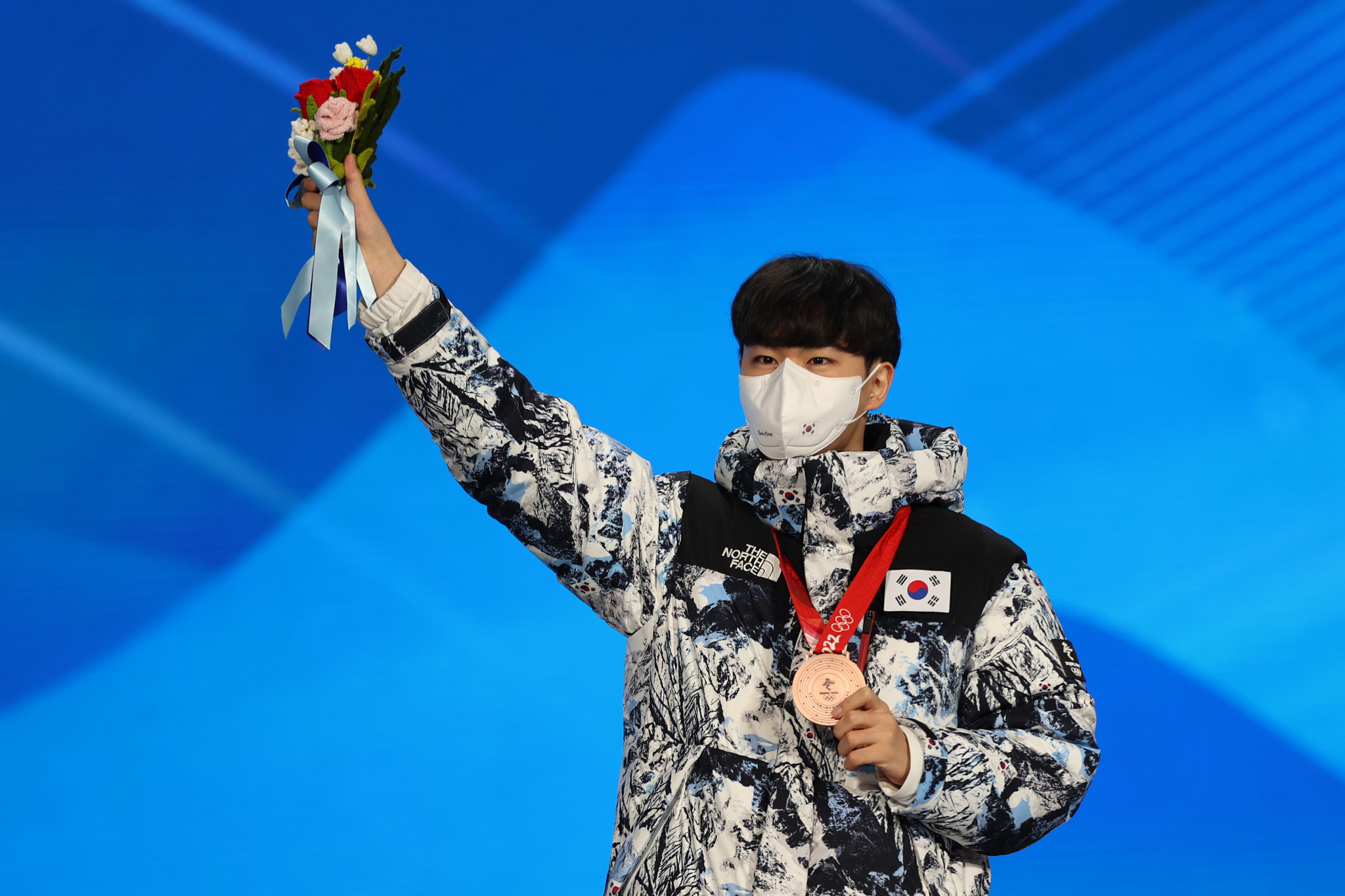 Three-time Olympic speed skating medallist Kim Min-seok has been banned from competition for 18 months by the Korea Skating Union (KSU) for drink-driving - a sanction which will expire well before Milan Cortina 2026.

The KSU handed down the punishment - as well as sanctions for team-mates and national coach Kim Jin-su - at a hearing today, as reported by South Korean news agency Yonhap.

Kim Jin-su has been suspended for a year for a lack of oversight.

The incident in question occurred on July 22.

Kim Min-seok crashed his car into a fence at the national training facility in Jincheon following a night of drinking, and returned to his dormitory rather than reporting the incident.

Chung Jae-woong had earlier driven the same car, belonging to Kim, back to the facility from a local restaurant while over the legal limit and has been banned for one year as a consequence.

Jeong Seon-kyo, who was there when Kim crashed, was banned for six months for aiding Kim's actions.

Chung Jae-won, who was in the car when his brother drunk-drove back from the restaurant, was banned for two months.

Kim won the same medal in the same event at Pyeongchang 2018, plus team pursuit silver.

Chung Jae-won was also in that pursuit team and won a mass start silver medal at Beijing 2022.

Kim, whose ban is the longest, can return to action in February 2024.

Two-time Olympic gold medallist Shim Suk-hee was suspended for two months by the KSU after text messages in which Shim spoke disparagingly of team-mates in 2018 were made public.

This included a message where Shim suggested she would make colleague Choi Min-jeong the "female Steven Bradbury" at Pyeongchang 2018.

While the KSU could not determine that Shim deliberately tripped Choi at the Games, it deemed she had damaged the sport, so handed down a two-month ban.

The sanction prevented Shim from competing at Beijing 2022.