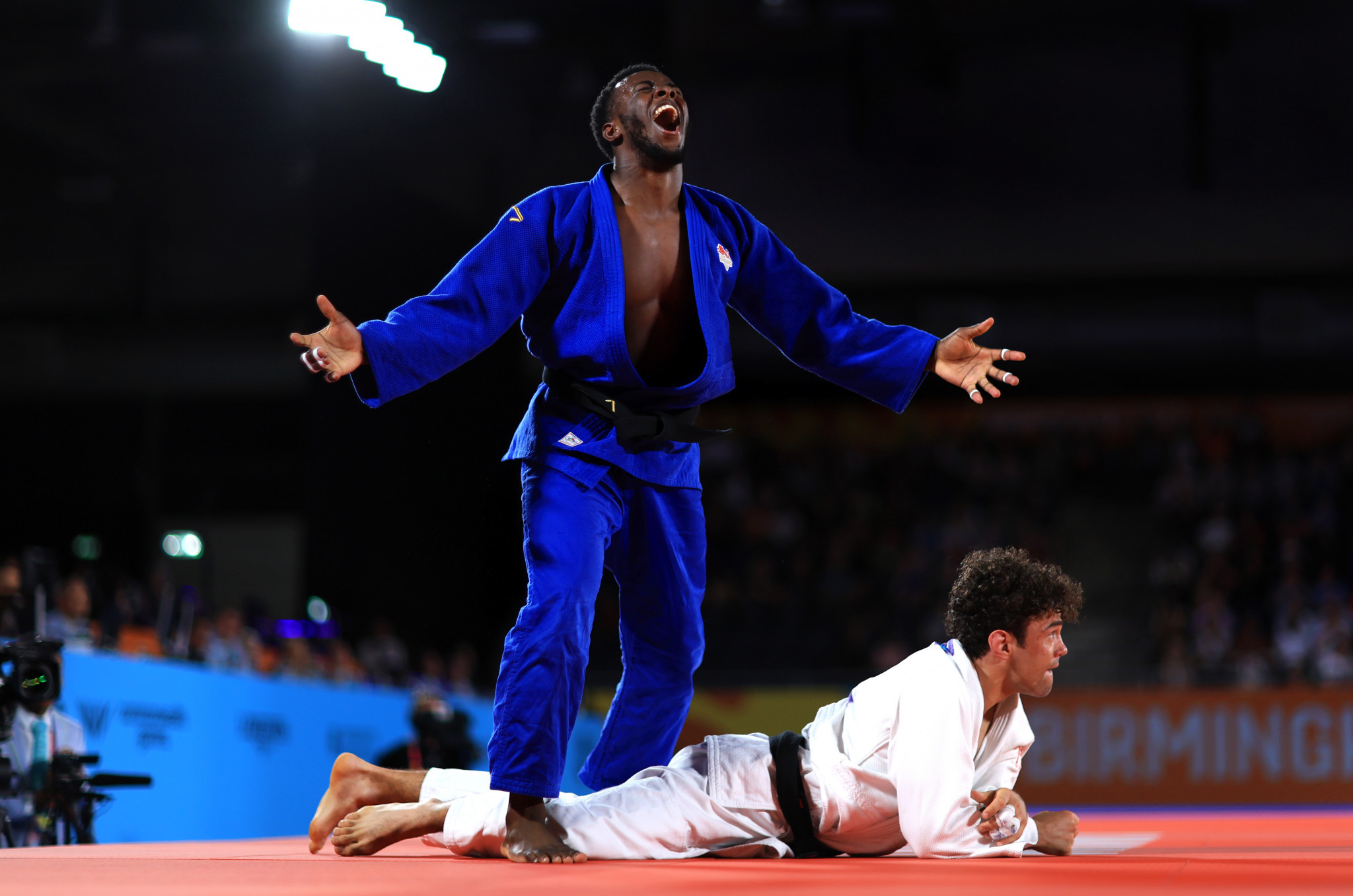 Jamal Petgrave prevailed in the golden-score overtime period to seal judo gold at Birmingham 2022, while four other champions were also crowned at the Coventry Arena today.

Petgrave's triumph came after he pulled off the late waza-ari against Mauritian Rémi Feuillet in the men's under-90-kilograms class - and after Harrison Cassar of Australia and Pakistan's Shah Hussain Shah took the bronze medals.

"I know all about this arena and to win my first major championship here is so special," said Petgrave, who went to university in Coventry.

"I hadn't fought him before and I had to work him out, his strengths and weaknesses.

"Coming into golden score I could see him wavering.

"He was getting tired and I had to take the opportunity when it came."

Powell was defending the title she won at Glasgow 2014 as judo was not on the Gold Coast 2018 schedule four years ago.

"She's always been an idol of mine, someone I've always looked up to," Reid said of Powell.

"We're on the same level now, but to actually beat her is amazing."

Scotland's Sarah Adlington did what Powell could not and emulated her 2014 victory, this time in the women's over-78kg category, after the bronze medals were collected by Australian Abigail Paduch and Sydnee Andrews of New Zealand.

Adlington was trailing 1-0 to India’s Tulika Maan before producing a late match-winning ippon.

"I didn't really realise what I'd done in Glasgow, and I found it harder this time because I knew what being Commonwealth champion actually meant," said Adlington.

"Anything other than gold would have felt like a disaster.

"It's just great to win again and create a bit of history for Scottish judo."

The men's over-100kg medal matches were the last action of the night as Canada's Marc Deschenes overcame New Zealand's Kody Andrews via ippon while bronze went to Mauritius' Sebastien Perrinne and Liam Park of Australia.