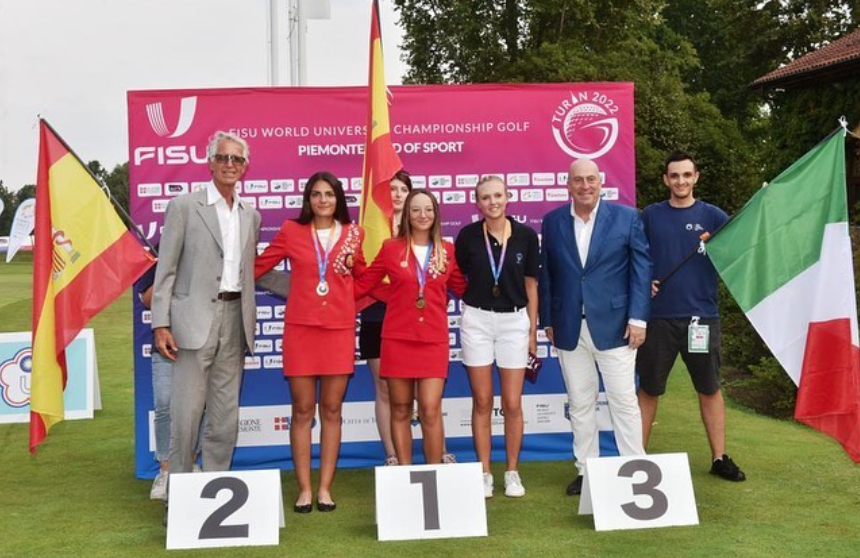 Tejedo shot a nine-under 63 to take charge of the women's event at Royal Park I Roveri Golf Club after round one.

Rounds of 75 and 71 opened the door for compatriot Carolina López-Chacarra Coto, who led after 54 holes.

Yet a five-shot swing in round four, facilitated by Tejedo shooting 69, saw her win by two strokes at 10 under par for the tournament.

Tejedo is a student-athlete at Louisiana State University in the United States.

Caterina Don from Italy was the only other woman to finish below par, at three under, and was third.

Chinese Taipei were second in the team contest and Japan third.

Jang Yu-bin of South Korea won the men's title via a playoff.

Japan’s Ryunosuke Furukawa shot 64 on the final day to make up a two-shot deficit and force the playoff, but Jang won it with a birdie on the first hole.

Jang and Furukawa were 15 under after four rounds.

Italy's Giovanni Manzoni was two shots back in third.

Japan edged South Korea to claim the team win on a tiebreak and Italy were third.

Seinäjoki in Finland is due to stage the next FISU World University Championship Golf in 2024.

Turin is the main host for the 2025 FISU Winter World University Games.