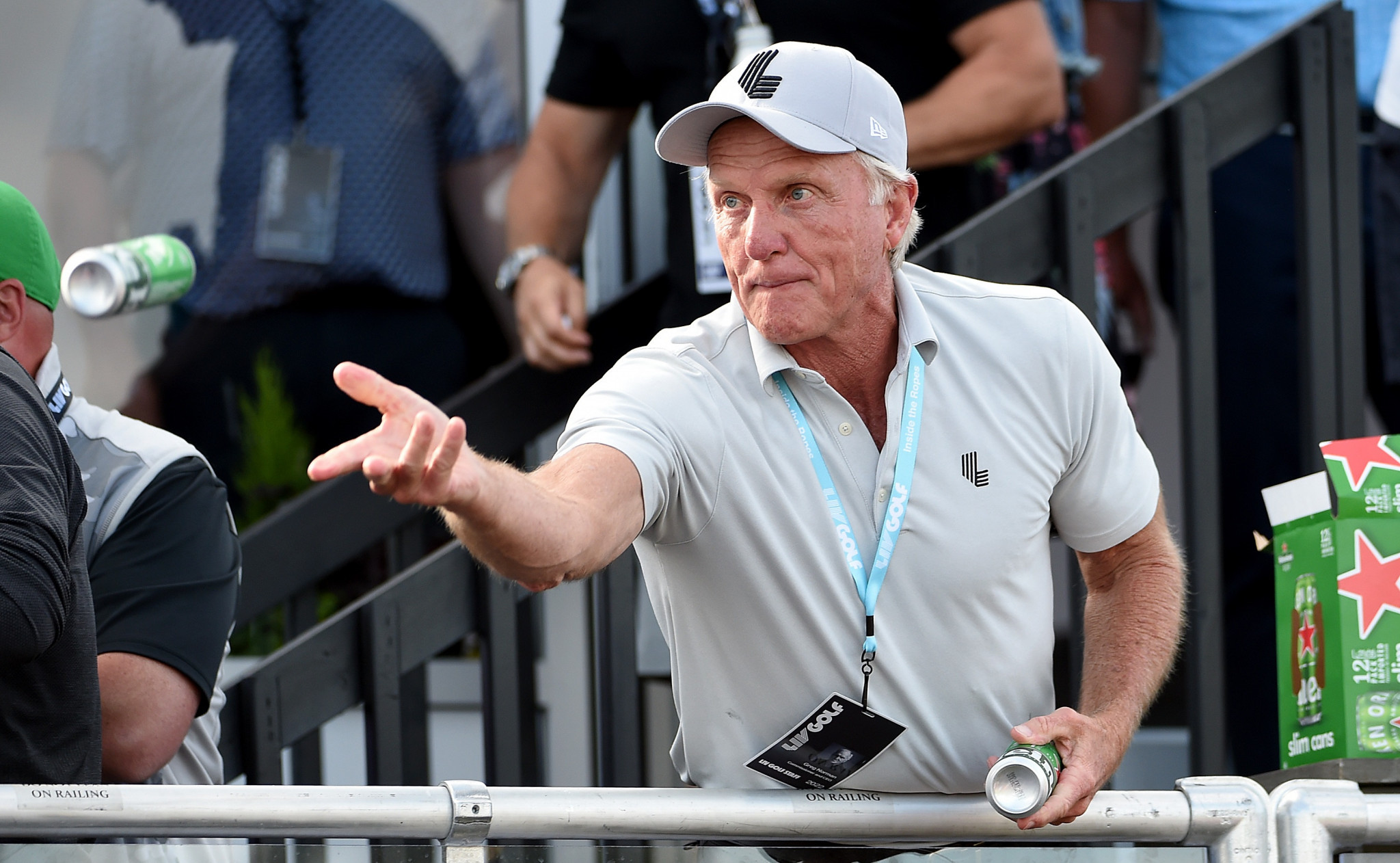 Greg Norman - the figurehead of the controversial Saudi-backed breakaway league LIV Golf - has been refused entry into events marking the 150th anniversary of The Open Championship.

The Royal and Ancient Golf Club (R&A), which organises the major tournament, has confirmed that two-time winner Norman will not be able to compete in the Celebration of Champions or attend the Champions’ Dinner prior to The Open.

Norman triumphed in 1986 and 1993 but has been denied the chance to compete alongside other former champions in the four-hole challenge event, due to be held tomorrow at St Andrews in Scotland.

The 67-year-old, who is chief executive of LIV Golf Investments, has blasted the decision as "petty".

"In response to enquiries regarding The R&A Celebration of Champions field and the Champions' Dinner, we can confirm that we contacted Greg Norman to advise him that we decided not to invite him to attend on this occasion," a statement from the R&A read.

"The 150th Open is an extremely important milestone for golf and we want to ensure that the focus remains on celebrating the Championship and its heritage.

"Unfortunately, we do not believe that would be the case if Greg were to attend.

"We hope that when circumstances allow Greg will be able to attend again in future."

What a group this will be for the Celebration of Champions!

Norman revealed in April his ambitions to return to competitive action at The Open despite being outside the age limit of 60.

He has now hit out at the R&A’s latest call to block him from events at The Open, scheduled to run from July 14 to 17.

"I would have thought the R&A would have stayed above it all given their position in world golf," said Norman.

"[It's] petty, as all I have done is promote and grow the game of golf globally, on and off the golf course, for more than four decades."

The LIV Golf Invitational Series is particularly controversial because it is majority owned by Saudi Arabia's Public Investment Fund (PIF).

The PIF is Saudi Arabia's sovereign wealth fund and critics say the country is using it for sportswashing.

Players signing up to play in the LIV Golf Invitational Series have been threatened with exclusion from PGA Tour and DP World Tour events.

The International Golf Federation told insidethegames it had "no plans" to change the Olympic qualification system.