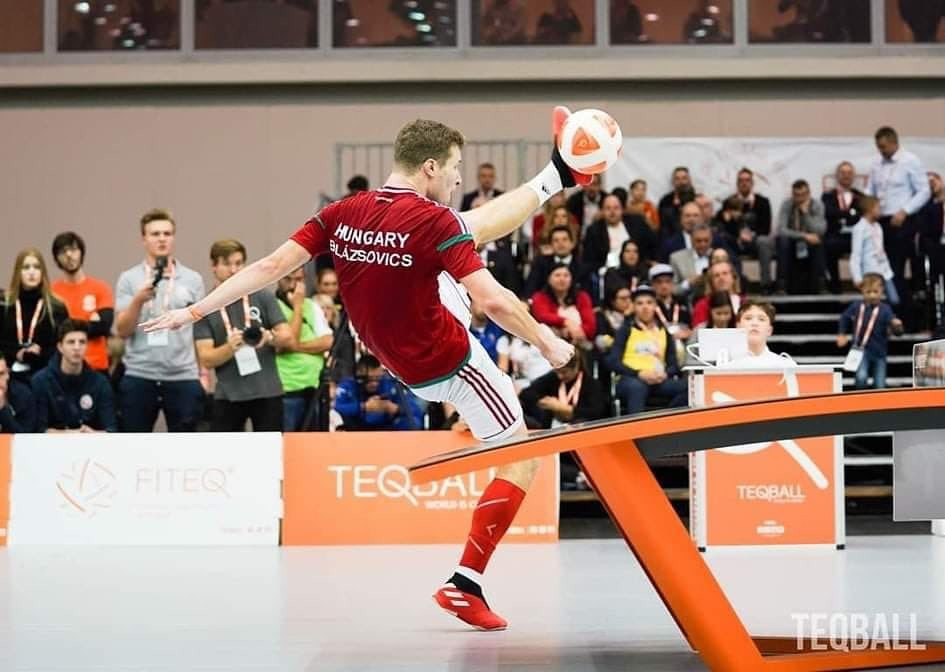 Hungarians Ádám Blázsovics and Anna Izsák have retained their world number one statuses in the latest update of the International Federation of Teqball (FITEQ) rankings.

The men's singles top 15 remained largely unchanged following a series of strong displays at the recent Naples leg of the European Teqball Tour.

The tournament in Italy was won by current world number two Apor Györgydeák of Romania after he beat Blázsovics.

Patryk Kaminski was one of the highest movers as he climbed five places to enter the top 15 on 5,880 ranking points.

Meanwhile the women’s singles top 10 ranked players have all kept their places.

In the men’s doubles, Blázsovics leapfrogged compatriot Csaba Banyik to take third place after the two met in the final in Naples.

Györgydeák is now ranked as joint number 5 with his doubles partner and countryman Szabolcs Ilyes, following their consecutive semi-final appearances at the United States Teqball Tour in Miami and the European Teqball Tour in Naples.

Americans Carolyn Ann Greco and Margaret Ellen Osmundson retain their world number one and two status after breaching back-to-back women's doubles finals in Miami and Naples, while their opponents in both finals, Lea Vasas and Zsanett Janicsek of Hungary, have climbed two spots each to third and fourth, respectively, after winning gold in Miami.

Hungarian Borglarka Nagy has risen eighteen places to 13th after reaching the semi-finals of both events.

Janicsek and Banyik keep their place at the top of the mixed doubles rankings, with Naples champions Adam Bako of Hungary and Vasas rising to 12th and ninth.

Rabeux and compatriot Amelie Julian are now 11th and 10th following their bronze at the event.