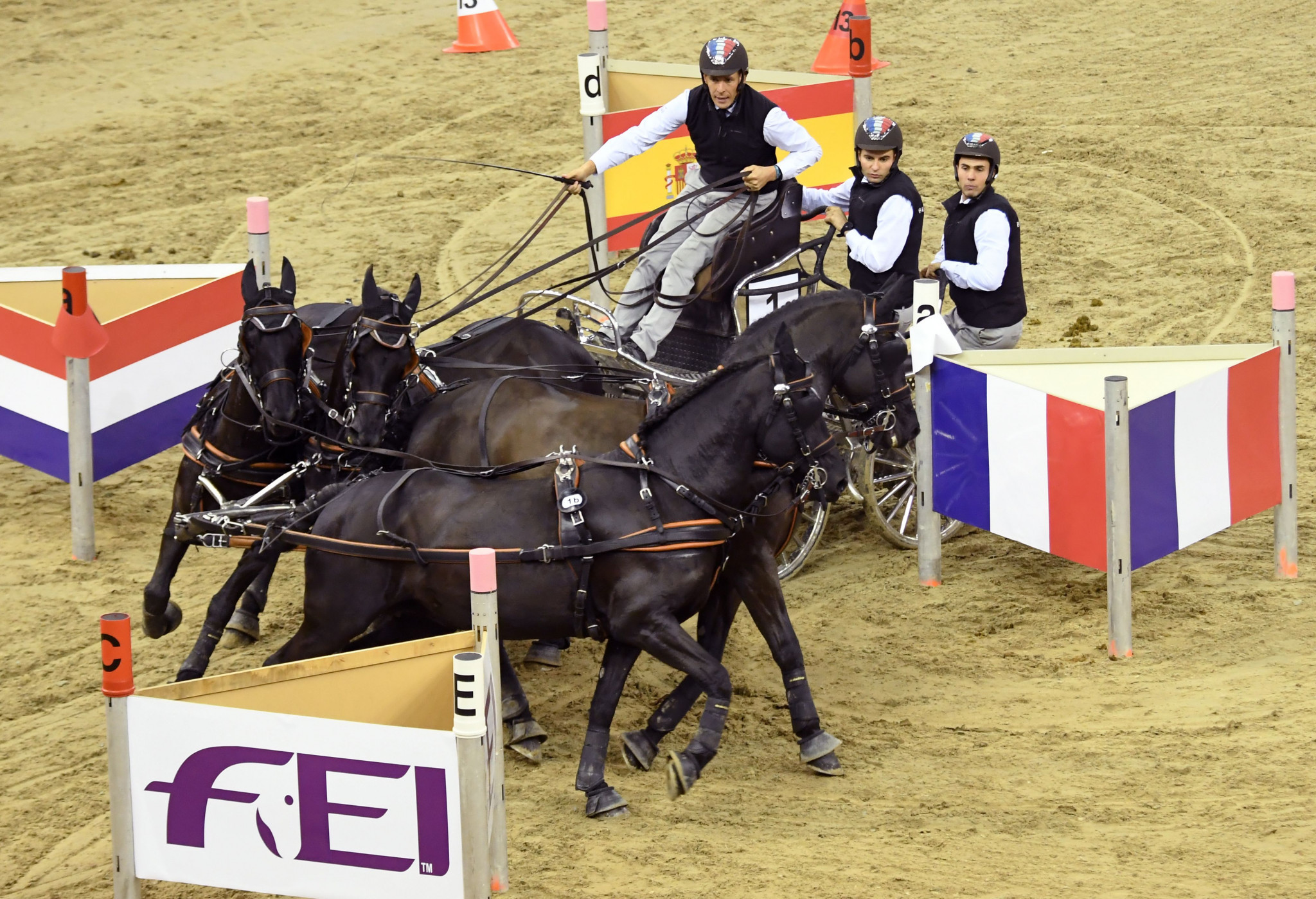 The 2025 and 2026 International Equestrian Federation (FEI) World Cup Finals have been awarded to Basel, Bordeaux and Fort Worth following the latest meeting of the FEI Board today.

The FEI Driving World Cup in 2025 is scheduled to take place in Bordeaux, while the American city Fort Worth is set to welcome horses and riders for the 2026 Jumping World Cup and Dressage World Cup.

The 2024 FEI Endurance World Championships are scheduled to be held in Monpazier in France.

"Today the FEI Board made allocations until 2026 and, after some years of disruption due to COVID-19 and EHV-1, we have excellent sport to look forward to in the coming years," said FEI President Ingmar de Vos.

"We are delighted that Basel will host the FEI World Cup Finals in three disciplines in 2025.

"The last time Switzerland, which is home to the FEI, hosted the FEI Jumping World Cup was in 2010, the very year when Basel was created.

"Switzerland has never hosted an FEI Dressage and Vaulting World Cup Finals so it is a welcome development.

"Since 2010, Basel has grown into a world class venue and we are confident that the FEI World Cup Finals 2025 will be organised at the highest level.

"The Jumping International de Bordeaux has held FEI Driving World Cup events for many years and hosted successful Finals in 2018, 2019 and 2020.

"We have no doubt that the 2025 Final will be organised with the traditional expertise and will attract the usual big crowd of cheerful fans.

"It is wonderful that the FEI Jumping World Cup Final and FEI Dressage World Cup 2026 will travel to the United States.

"With only two years to go until the Los Angeles 2028 Olympic and Paralympic Games, excitement will be mounting and I'm convinced that it will be an event full of excellent sport, cheer and high energy."

Opglabbeek-Sentower Park is to hold the Dressage European Championship for Juniors and Children and Ponies in 2024 too.