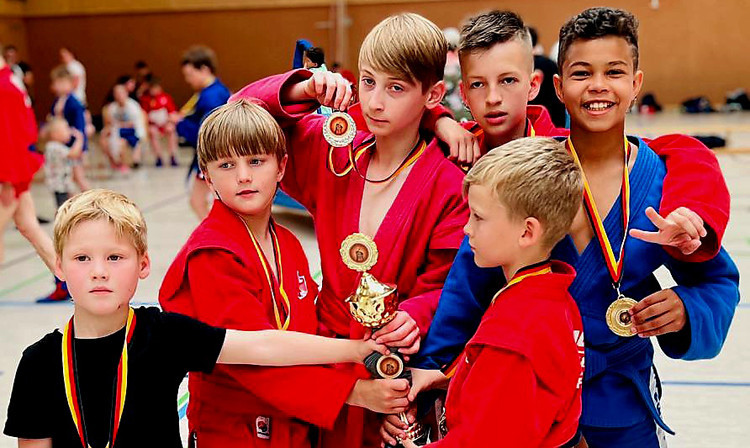 The Lüneburger Cup, an international youth sambo tournament, has been held in Germany for the 18th time with an Olympic judo medallist as the guest of honour.

Fighters from the host nation, Lithuania, The Netherlands, Romania, Tajikistan, Uzbekistan and Ukraine took part in the event in Lüneburg, close to Hamburg.

There were 215 athletes in all, with Germany represented by 18 different clubs.

Sambo Combat Cobra Berlin Brandenburg were named as the overall team winners of the competition.

Ārons Bogoļubovs, from Latvia, who won judo bronze for the Soviet Union in the under-68 kilograms class at the Tokyo Olympics in 1964, was guest of honour.

Bogolyubov, who also won European judo gold, doubled up as a sambist and won three national titles before moving into coaching both sports.

"Hot fights, the joy of victory and tears of defeat - all this distinguishes competitions among children, and we saw all this at the tournament," said coach Andrey Herzen.

"Many thanks to the organisers of the Lüneburger Cup and especially to the main ideological inspirer of the tournament, Oleg Derkach."