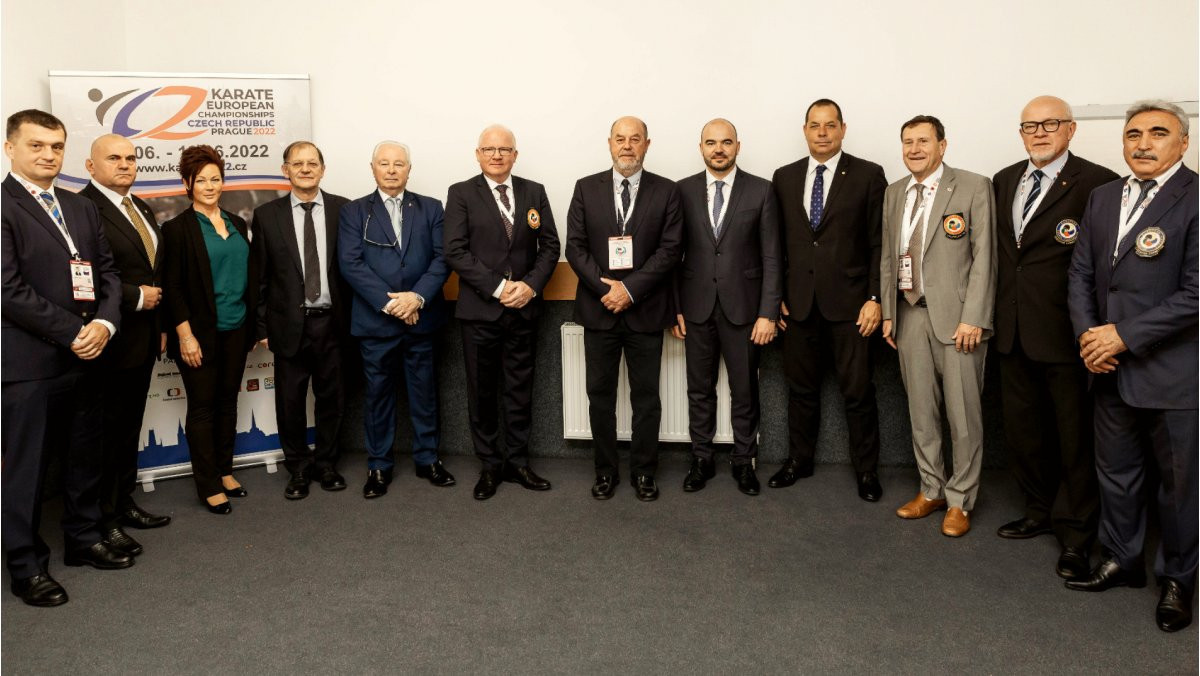 World Karate Federation President Antonio Espinós believes that the martial art can confirm its place as one of the most popular sports in Europe.

The Spaniard, who is also President of the European Karate Federation (EKF), spoke after a meeting to discuss the impact of the continent's major events in Prague.

An evaluation of last month's European Championships in Gaziantep in Turkey has taken place while the Prague meeting took place on the sidelines of the EKF Cadet, Junior and Under-21 Championships.

"Since the relevance of karate's top competitions continues to grow, the EKF's decision-making body pledged to further raise the level of these events as they are regarded as the catalysts of karate's progress on the continent," the organisation said.

Karate is now looking forward to its appearance at the 2023 European Games in Poland next year.

It will not feature on European soil at the Paris 2024 Olympic Games, however, as the sport lost its Olympic place after its sole appearance at Tokyo 2020.

The sport will debut at the Games of the Small States of Europe in 2025.

"Karate in Europe has grown tremendously over the last several years," said Espinós.

"We need to be aware that our events attract, now more than ever, outstanding interest and importance for fans, sponsors, and stakeholders alike.

"Therefore, we must continue working together to ensure that these events fully reflect the excellence of karate, the many values of the sport, and the growing level of our discipline.

"If we accomplish this, karate will confirm, once again, its status as one of the most relevant and popular sports in Europe."