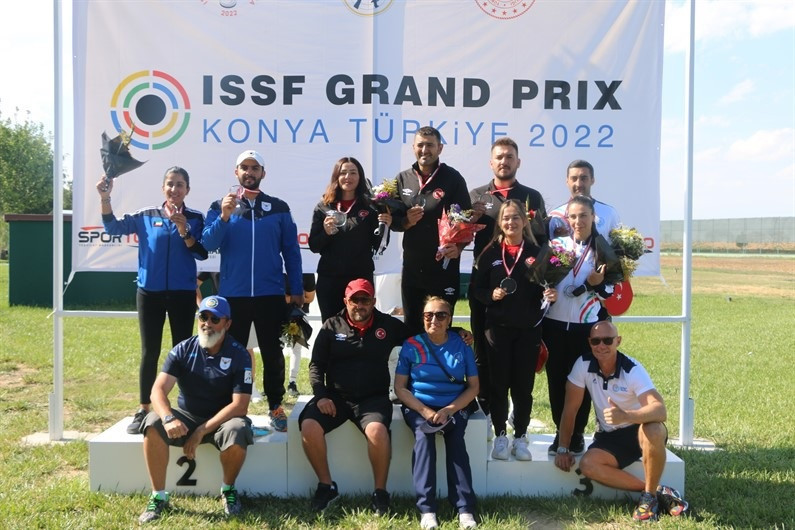 Kuwait’s Talal Al-Rashidi and Sarah Al-Hawal led twice but the Turkish team won the final two rounds to take the title at the Trap and Skeet Shooting Range.

Tüzün and Sarıtürk scored two perfect rounds each as they steered Turkey to a thrilling 6-4 comeback triumph on home soil, both hitting all but one of the targets in the deciding round.

Al-Rashidi and Al-Hawal topped qualification but they fell just short in the final, with the latter unable to add another gold to her women’s trap title.

The final place on the podium went to Ali Huseynli and Alina Abdulkhuseynova of Azerbaijan following an emphatic bronze-medal match victory.

Huseynli and Abdulkhuseynova took a 2-0 lead after the first round before Kuwait’s Naser Meqlad and Shahad Al-Hawal drew level in the next.

But the Azerbaijani duo then found another gear in the third and fourth rounds, with Abdulkhuseynova missing just one target in each of those.

Training is scheduled to be held tomorrow before the opening day of the women’s and men’s skeet competitions are due to take place on Sunday (June 19).