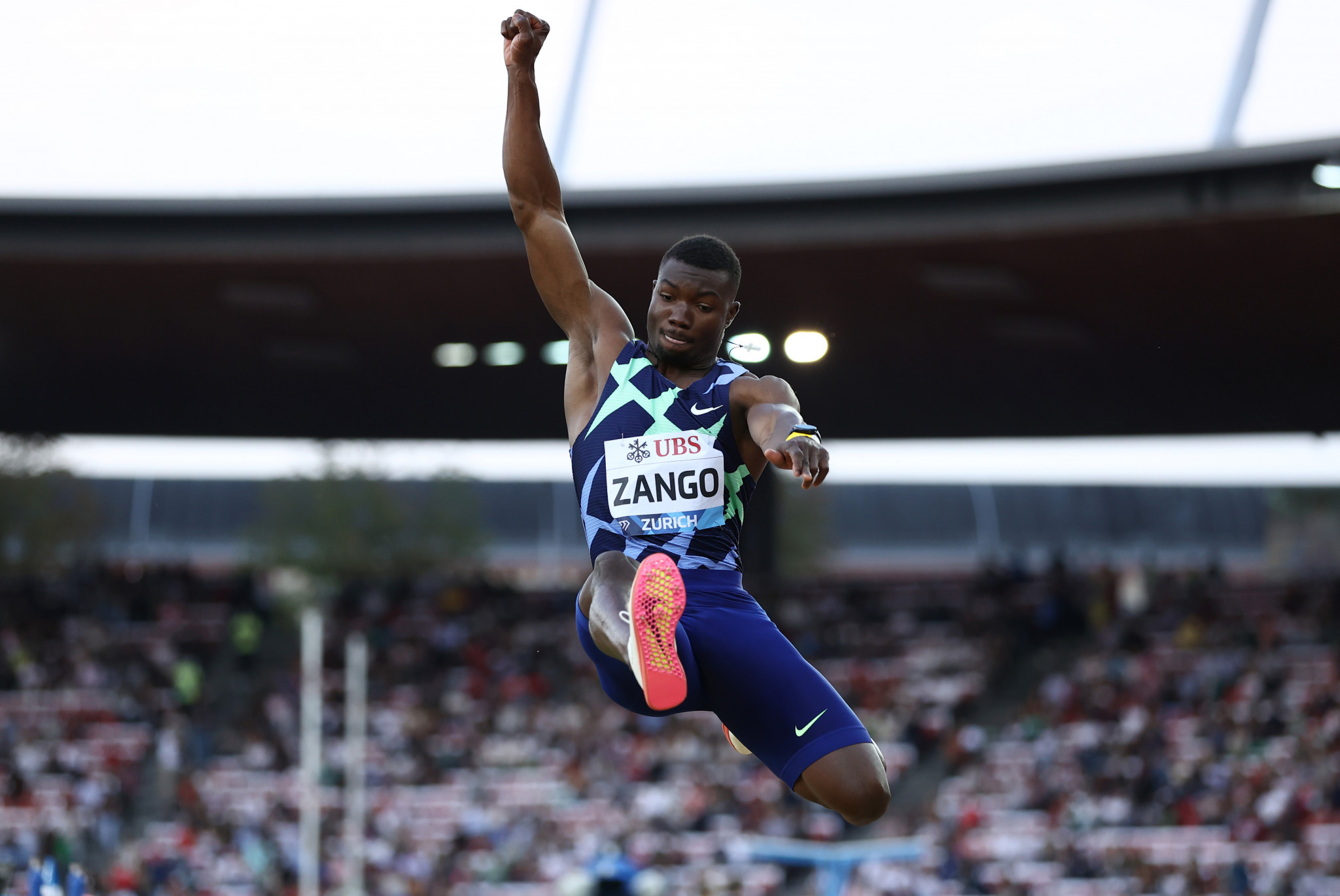 Thalosang Tshireletso of Botswana finished second with his first-round jump of 16.77m while Algerian Yasser Triki also had his best jump in round one for bronze, with 16.58m.

Caroline Nyaga was able to win the women's 10,000 metres gold medal ahead of a contingent of East Africans.

Bronze went to Meseret Gebre, a further eight seconds back.

Caroline Nyaga wins Gold for Kenya in the women's 10,000m

Algerian Larbi Bouradda wrapped up the men’s decathlon title today with a total of 7,776 points.

Starting with victory in the 110m hurdles, he topped the standings in the pole vault before a solid performance in the 1500m assured the gold medal went his way.

South African Friedrich Pretorius was his closest challenger, having moved up from third yesterday to claim silver with 7,504 points.

He was aided in his campaign by winning the discus and finishing second in javelin behind fifth-placed Gilbert Koech of Kenya.

Jesse Perez dropped behind his compatriot into third to end the competition, finishing with 7,396.

Algeria took a one-two in the men's pole vault too, with Medhi Amar Rouna clearing 5.30m for gold.

His team-mate Hichem Khalil Cherabi took silver with an effort of 5.20m, while Hendrik van Wyk of South Africa completed the podium far off from the front two with a clearance of 4.90m.

Oyesade Olatoye took the win in a dramatic women's hammer throw final with her third attempt, which hit a mark of 63.67m.

Zouina Bouzebra of Algeria was narrowly short of that for silver with 63.48m while Egyptian Rawan Barakat's best of 62,67m was good enough for bronze.

Finally, South Africa swept the women's javelin podium today, led by Jo-Ane van Dyk, who was far in front of the rest of the field with an effort of 60.65m.

Finally, Mckyla van der Westhuizen was second with 55.55m and Jana van Schalkyk took bronze with a best of 54.49m.