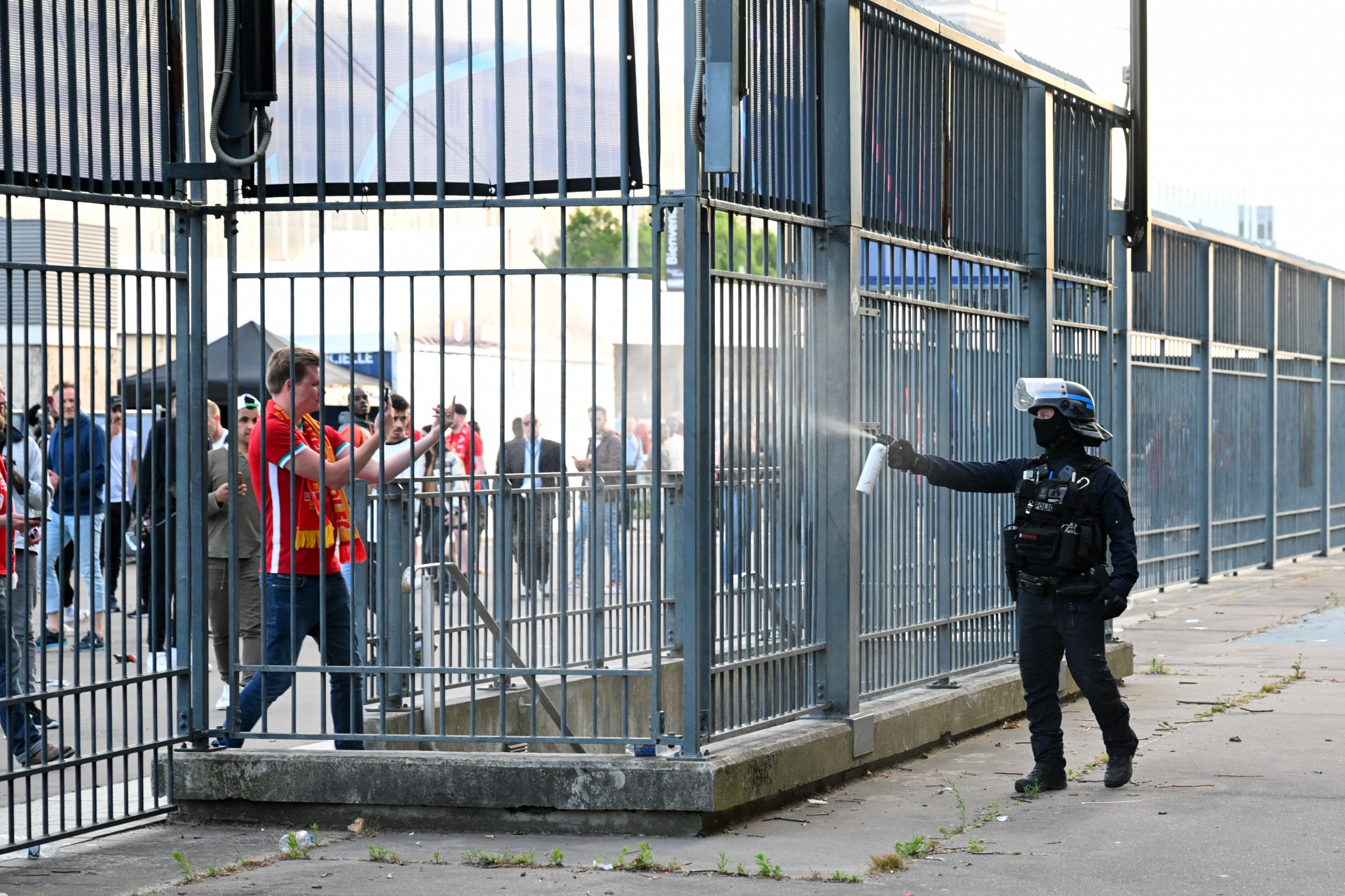 Liverpool Football Club has asked UEFA to investigate the "chaotic issues" faced by fans at a key Paris 2024 venue - Stade de France - before and after the UEFA Champions League final.

The kickoff between Real Madrid and Liverpool was delayed by 35 minutes citing "security reasons".

The Stade de France is the selected venue for hosting athletics, Para athletics and rugby sevens competitions at the Paris 2024 Olympic and Paralympic Games.

Paris 2024 organisers told insidethegames that they "don’t currently have the necessary information regarding the match organisation to provide relevant answers."

Police had to use tear gas to stop fans from climbing over security barriers despite warning them to not force entry into the stadium.

The French police also said that fans with fake tickets tried to access the stadium.

UEFA said it is "sympathetic to those affected by these events" and that it will "urgently" review the events with French police, French authorities and the French Football Federation.

I’ve just endured one of the worst experiences in my life.
Horrendous security and organisation putting lives at risk @UEFAcom.
Shambolic and I pray no fans have been injured because of the disgraceful lack of organisation & expertise.

European football’s governing body added that the fans who had counterfeit tickets blocked the turnstiles at the Liverpool end, creating a build-up.

The situation has caused politicians from France and the UK to react.

French Sports Minister Amelie Oudea-Castera tweeted: "The attempts at intrusion and fraud by thousands of English supporters complicated the work of the stadium staff and police but will not tarnish this victory."

UK Sports Minister Nigel Huddleston tweeted: "We are very concerned about the upsetting scenes around the Stade de France last night and shall be working with the appropriate authorities to find out what happened and why."

The Merseyside Police has said that officers deployed in France who are returning today "will conduct a formal debrief" to support any subsequent investigation following the Champions League final.

"We are also aware that Liverpool FC have requested a formal investigation from UEFA and we will be linking in with both the club, UEFA and the UK Football Policing Unit to pass on the observations of our officers who attended the game and took part in the pre-match meetings with the relevant authorities," said a Merseyside Police statement.

The events that unfolded in Paris drew parallels with incidents outside Wembley Stadium before the Euro 2020 final between England and Italy, when fans without tickets were seen fighting with security guards and police.

It remains to be seen if Paris 2024 will be taking any measures in order to avoid any similar situations during the Summer Olympic and Paralympic Games.