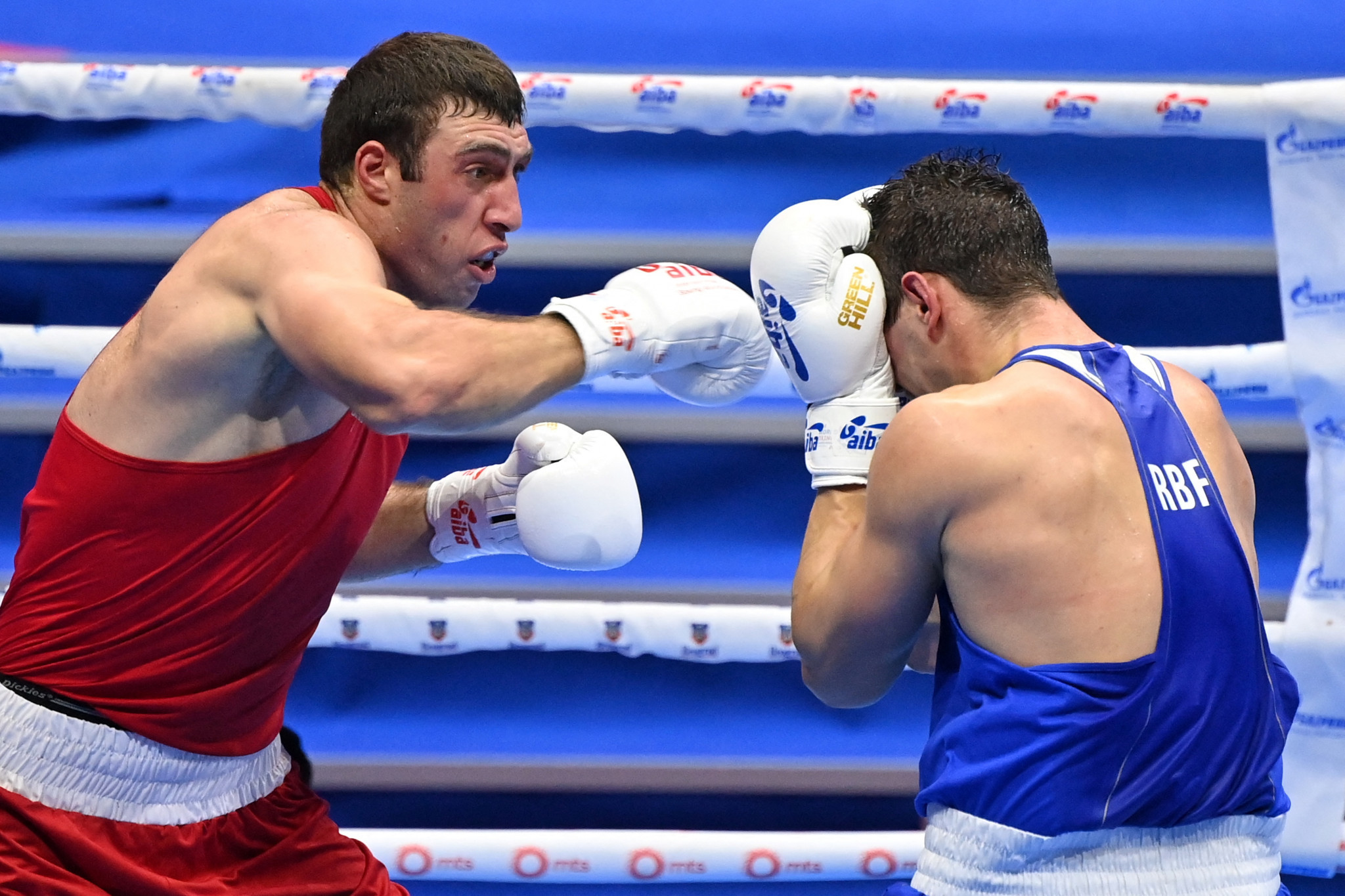 The Spaniard was declared winner by technical knockout in the first round.

But Chaloyan was on his feet and appeared to be fit to continue fighting when the referee stopped the bout after giving him two standing eight-counts.

Chaloyan’s corner was visibly angry over the decision and his coach threw a water bottle at the referee, armenpress.am reports.

In the meantime Team Armenia has already disputed the referee’s decision.

But home fans had cause for celebrations at this European Boxing Confederation (EUBC) event as four Armenian boxers guaranteed themselves a medal of some colour by winning their quarter-finals today.

Heavyweight Narek Manasyan progressed via a 5-0 verdict over Vahan Nanidsanyan of Greece in his under-92kg bout.

Also through to the last four are featherweight Arthur Bazeyan in the under-57kg category, cruiserweight Rafael Hovhannisyan and the strongest prospect of all the home boxers, light-welterweight Hovhannes Bachkov in the under-63.5kg class, who is seeking a third European title and has already set up a professional career.

Semi-finals will take place at the championships on Sunday (May 29) after tomorrow’s rest day, with finals scheduled for Monday (May 30).

Meanwhile eight British boxers have guaranteed themselves medals by reaching the last four in their respective weight categories.

MacDonald got the day off to a solid start when he earned a 4-1 decision over Ireland’s Sean Mari.

He will now seek a place in the flyweight final when he takes on Italy’s number two seed, Federico Emilio Serra, on May 29.

The middleweight put together a huge final round to guarantee his place on the podium.

"I’m buzzing, but that was tough," Hickey told GB Boxing.

"I’ve been against two tough opponents so far who both want to come at me, and I had to have a good last round again, so I need to get rid of these slow starts and make sure I get to it right away.

"You can’t expect to get it all your own way at these Championships, you have to dig deep.

"That’s my fourth European medal from youth, under-22s and now senior so I’m really happy with that."

He was swiftly followed into the ring by Richardson, who secured his first senior European medal through a unanimous verdict over Germany’s Kevin Schumann.

The two British middleweights and GB Boxing teammates, Hickey and Richardson, will now face each other in the semi-finals when action resumes on May 29.

Facing him was Turkey’s Berat Acar but he was no match for Orie who dominated all three rounds on his way to a unanimous victory.

Orie will next box Nelvie Raman Hess Tiafack, with the winner contesting the final on May 30.

"I’ve got myself a European medal - that’s the dream," Orie said.

"We keep pushing now and this was just the first step.

"We’re going to change the colour of it to silver on Sunday and then to gold on Monday."

Today’s evening session saw Ioan Croft become the first Welsh member of the team to secure a medal with a 3-2 verdict over Deniel Crotter of Germany.

He will now face Lasha Guruli of Georgia in his semi-final bout.

Light-middleweight Harris Akbar then eased past Italy’s Salvatore Cavallero via unanimous decision in his quarter-final bout.

The Bradford boxer will once again face Ukraine’s Yurii Zakharieiev, whom he boxed in last year’s World Championships.

Garan Croft joined his brother in the semis via a 3-2 decision over Necat Ekinci of Turkey.

Williams then ensured Britain’s boxers will leave Yerevan with eight medals following his 4-0 win over Serbia’s Sadam Magomedov, which has set up a meeting with Georgia’s Giorgi Tchigladze.