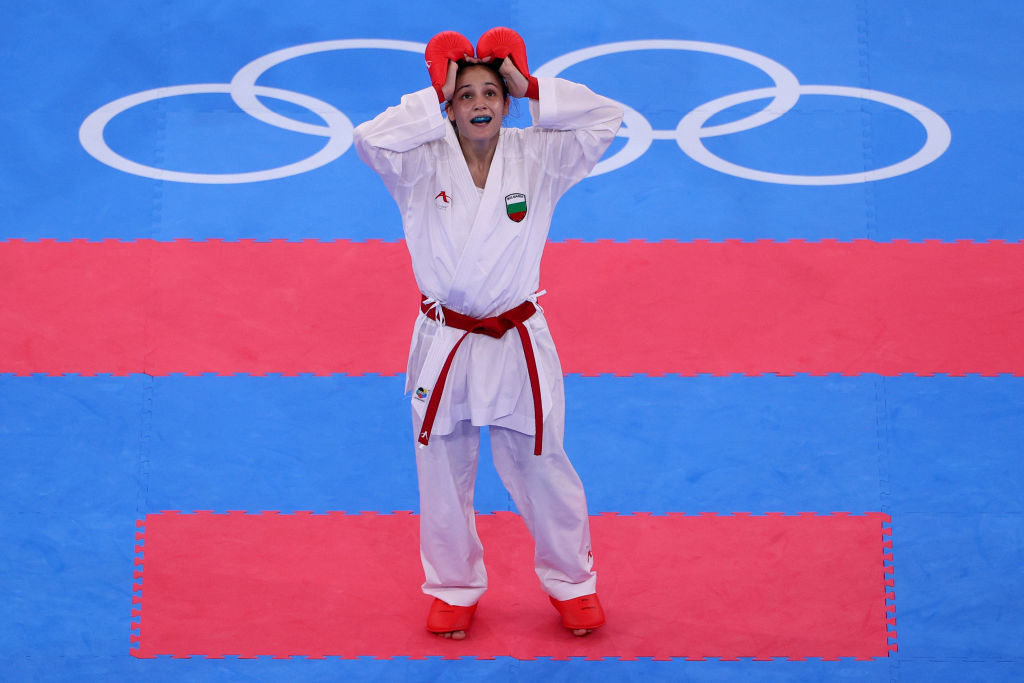 Ivet Goranova of Bulgaria and Ukraine’s Anzhelika Terliuga, respective Olympic gold and silver medallists in the female kumite under-55 kilograms category, will replay their Tokyo 2020 final at the European Karate Championships in the Turkish venue of Gaziantep.

It will be a first European final for Goranova who defeated Nejra Sipovic of Bosnia and Herzegovina 3-2 in her semi-final on the second day of competition.

Terliuga reached the final with a 2-1 win over Veronica Brunori of Italy.

Arapoglu, who tops the world rankings in the female kumite under-50kg, earned the right to fight for her sixth continental crown with a 5-1 victory over Jelena Pehar of Croatia in the semi-finals.

Her rival in the final will be Erminia Perfetto of Italy, who defeated Laura Hoffman of Luxembourg 6-2 in her semi-final.

Dionysios Xenos of Greece produced the biggest upset of the day, beating world and Olympic champion Steven Dacosta of France in the semi-finals of the male kumite under-67kg.

Relive the most 🤩 moments of the day with this photo gallery 👇

Let us know your favourite in the comments!

The favourite was overpowered by Xenos, the defending champion, who used a slim yuko to win the bout 1-0.

Xenos will contest the title with home athlete Burak Uygur, who earned a 1-0 victory over Portugal’s Joaquim Mendes with a yuko in the last second of the bout.

In team categories, Spaniards demonstrated their prevalence in kata after qualifying the two teams for the finals of team kata.

Spain against Italy and Spain against Turkey will be the finals of the female and male team kata competitions respectively.