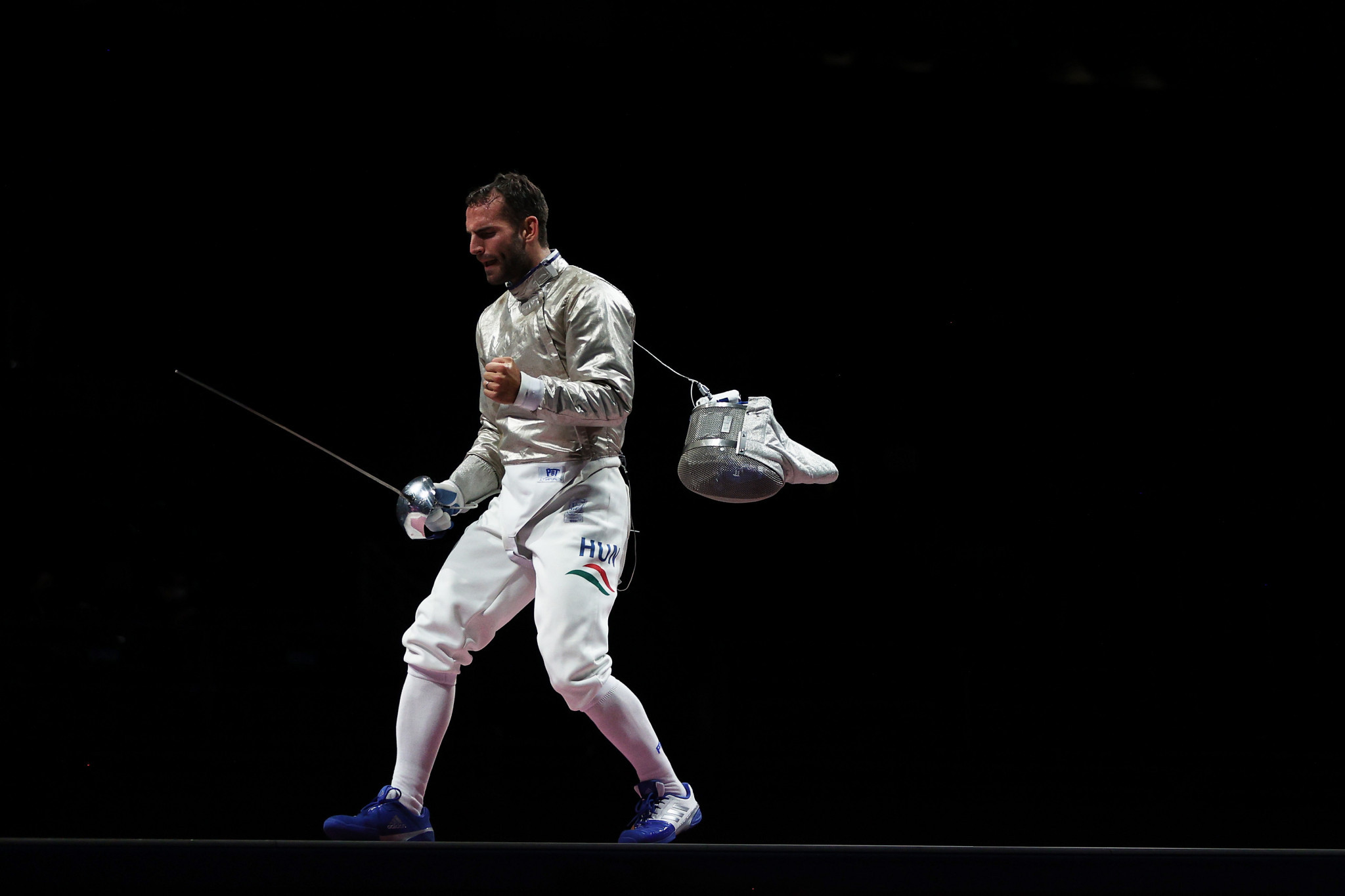 Earlier, Szilagyi posted a convincing 15-9 win over Eliott Bibi of France in the semi-finals.

Meanwhile, Bongil had to sweat it out 15-14 against Bolade Apithy, also of France in the semi-finals.

Szilágyi’s teammate András Szatmári, who won a team bronze at the Tokyo Olympics, lost 11-15 to Apithy in the quarter-finals.

Among women, Anna Bashta of Azerbaijan triumphed after defeating Risa Takashima of Japan 15-11 in the final.

Bashta had crushed another Japanese and multiple Asian Championships medallist Misaki Emura 15-9 in the semi-finals.

In the other women’s semi-finals, Takashima got the better of 2018 world champion Caroline Queroli of France 15-12.

Four-time world champion Olha Kharlan of Ukraine suffered a shock exit at the hands of South Korean Hayoung Jeon 14-15 in the round of 16.

Tokyo 2020 team bronze medallist Choi Soo-yeon of South Korea was also knocked out earlier in the quarter-finals as Queroli bagged a 15-10 win.

Tokyo 2020 gold medallist Sofia Pozdniakova and runner-up Sofya Velikaya were absent along with other Russian and Belarusian athletes, because of the war in Ukraine.