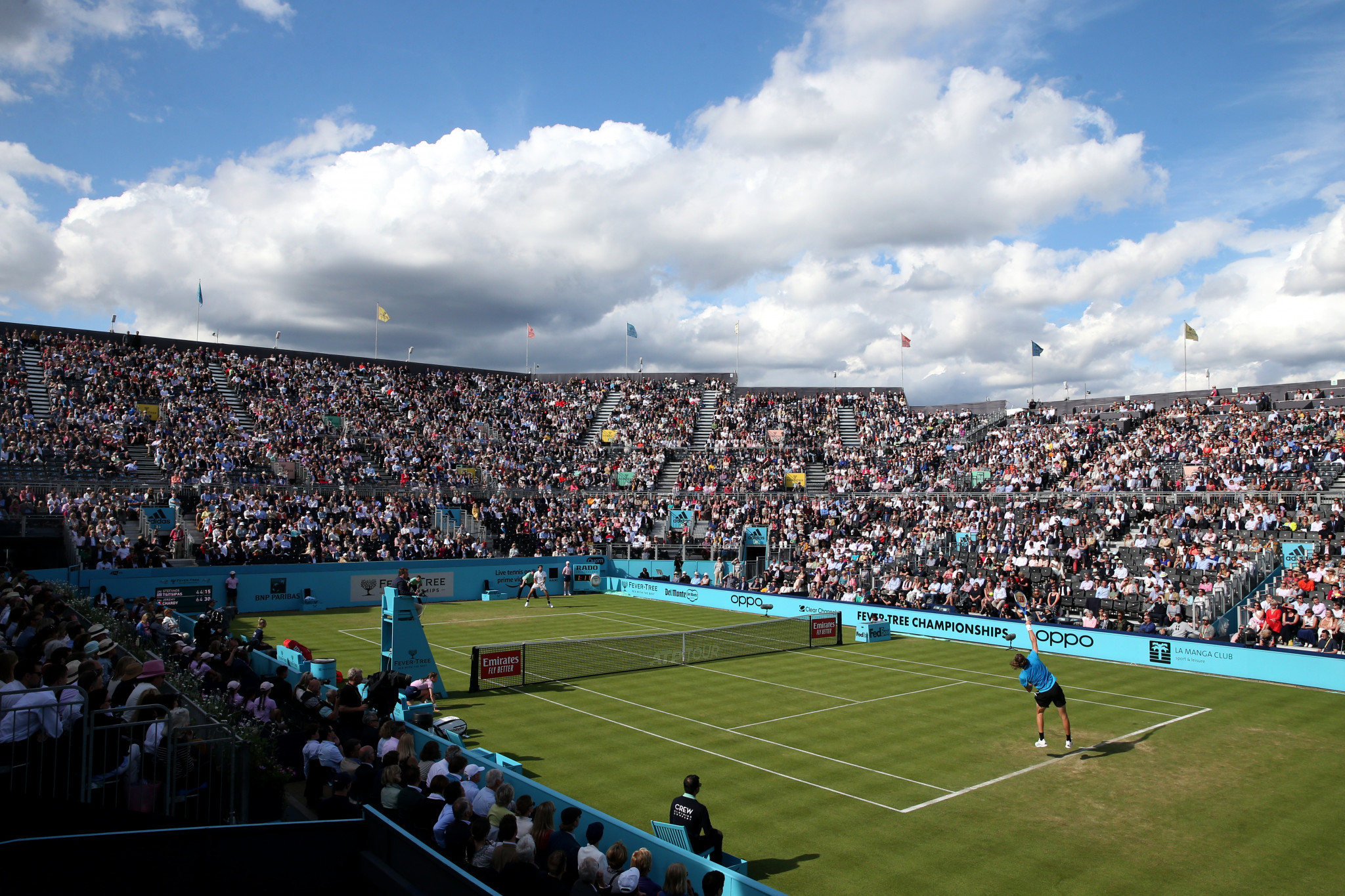 The Queen's Club Championships and Eastbourne International will not be stripped of Association of Tennis Professionals (ATP) ranking points following the decision to ban Russian and Belarusian players from competing, but Wimbledon remains under review, it has been announced.

The ATP Player Council had supported the removal of points after the All England Lawn Tennis Club (AELTC) and Lawn Tennis Association (LTA) ruled that athletes from the aggressor countries would not play due to the invasion of Ukraine.

Following deliberation with players and tournament organisers the events are due to "proceed as normal", it has been decided.

"Following extensive consultation with the Player Council and Tournament Council, the ATP Board has today confirmed that this season’s ATP Tour events in Queen’s and Eastbourne will proceed as normal, offering full ranking points," said the ATP in a statement.

The LTA is still set to face disciplinary action for breaching its contract with the tour by issuing the ban.

"LTA’s decision to ban Russian and Belarusian athletes is however contrary to ATP rules and undermines the ability for players of any nationality to enter tournaments based on merit, without discrimination – a fundamental principle of the ATP Tour," continued the statement.

"Sanctions related to LTA’s violation of ATP rules will now be assessed separately under ATP governance.

"ATP’s response to Wimbledon’s decision remains under review, with more to be communicated in due course."

Russian and Belarusian players will be permitted to play at the French Open, which starts on May 22, but will do so as neutral athletes and not under their national flags.

The Queen's Club Championships and Eastbourne International, due to begin on June 13 and June 20 respectively, are treated as warm-up events for Wimbledon scheduled to take place between June 27 to July 10.

Rafael Nadal, a 21-time Grand Slam champion and member of the ATP Players' Council, revealed there have been private conversations on the Council and it is their job to protect the players.

"What's going to be fair or more or less fair for everybody - nothing is perfect," the Spaniard said at the Italian Open.

"My personal opinion I am going to say it and I have already said it in private, but this is about the [ATP] Tour, it's not about my opinion."

It is expected that Wimbledon will also retain its ranking points with the loss of them unlikely to deter players from competing at the major.