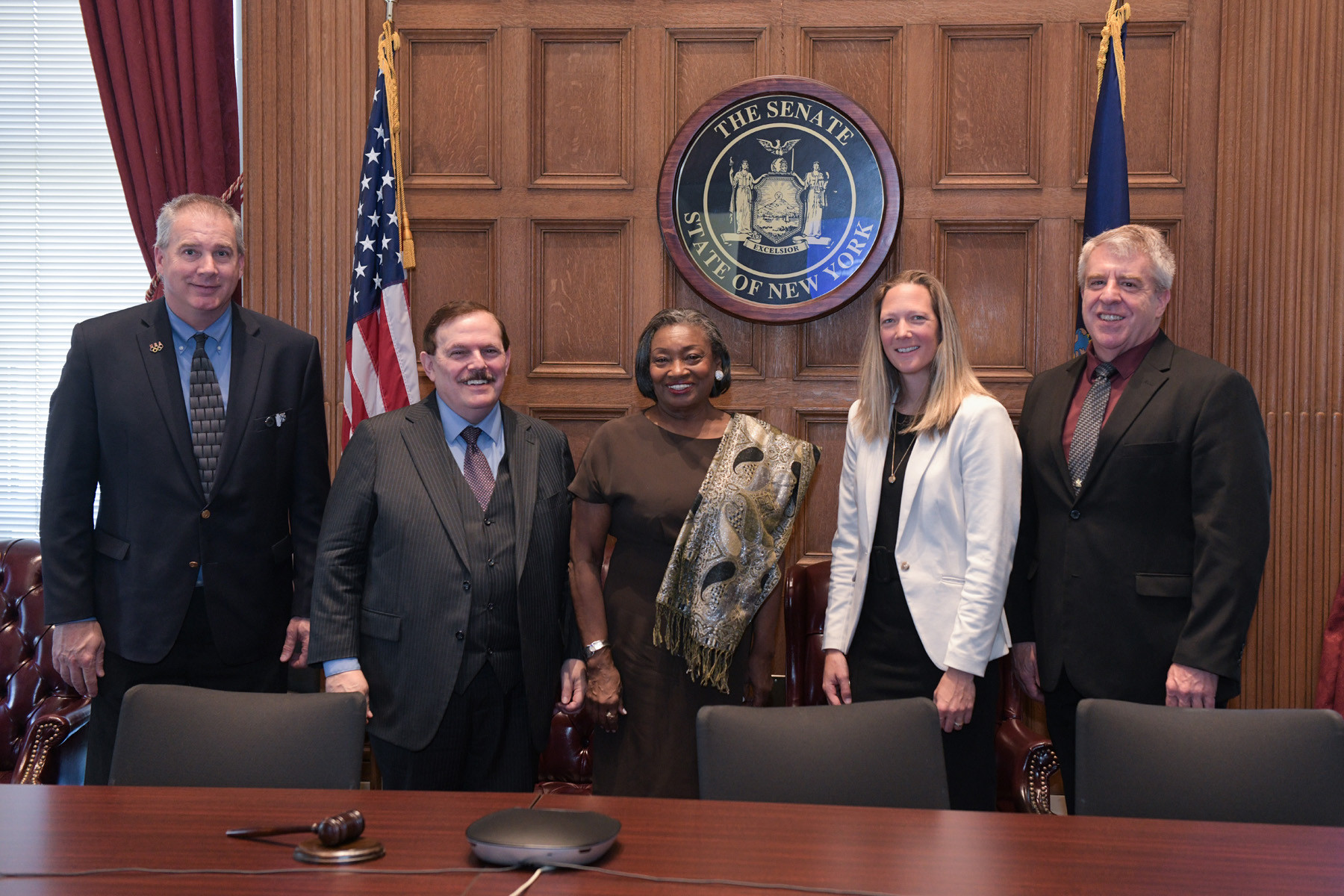 Organisers of next year's Winter World University Games in Lake Placid have thanked New York State Government officials for their continued support as they presented a progress report on preparations with less than eight months until the event is due to open.

The delegation included representatives from the New York State Olympic Regional Development Authority and the North Country Chamber of Commerce.

The Games, due to take place between January 12 and 22, are expected to attract 2,500 athletes from 50 nations and will be staged across the North Country region.

"This was a great opportunity to meet one-on-one and I want to thank them for allowing us to take the time to present an update on the FISU (International University Sports Federation) World University Games, which are just 247 days away,” Adirondack Sports Council and World University Games chief executive Ashley Walden said.

"I also want to thank them for their continued support of the north country region and the Games."

With Adirondack Day in Albany postponed, the #NorthCountry was still represented today by the North Country Chamber of Commerce, ORDA, & the Adirondack Sports Council. They were able to meet with NYS Assembly Speaker, Carl Heastie, and thank him for helping our region! pic.twitter.com/TZGrxYvXQ1

"There are exciting things happening in the North Country which are not happening anywhere else," Hochul told local businesses.

"We are going to have the whole of the North Country play host, its going to have a profound regional impact not just in Lake Placid so get ready to expand."

The Lake Placid 2023 programme is set to include 12 sports, including curling which will take place in Saranac where the existing civic center ice rink was dismantled last month.

Materials from the old rink are set to be re-used in the construction of the new facility to help reduce costs.

Organisers are also set to use many facilities originally used for the 1980 Winter Olympic including the rink used for the United States famous ice hockey victory over the Soviet Union in a match which became known as the "Miracle on Ice".