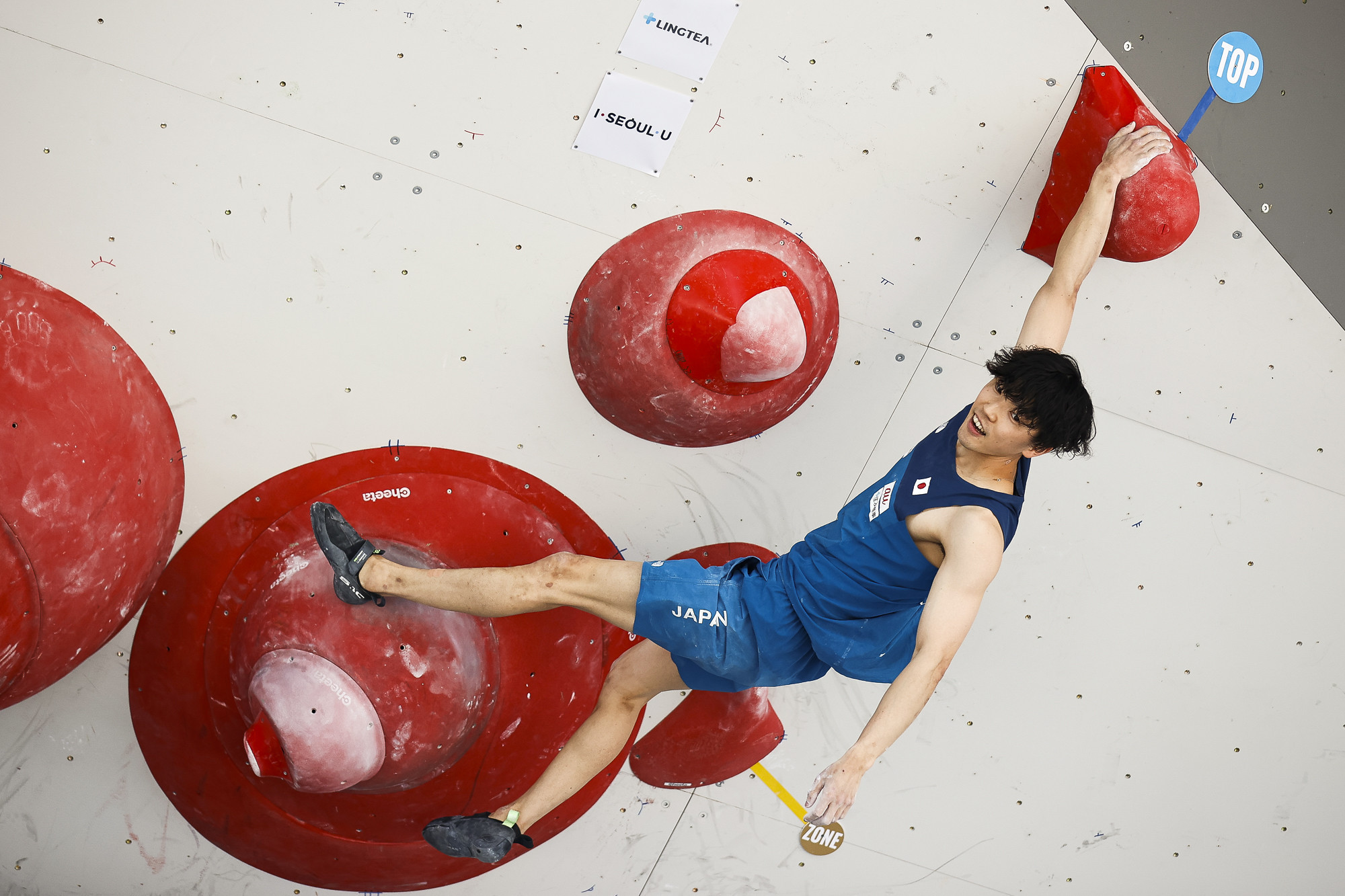 Eight of the top 20 positions were taken by Japanese athletes, with Fujii heading the standings after demonstrating the ability that saw him win the world title last year.

The 29-year-old made three tops and five zones to seal top spot ahead of French duo Paul Jenft and Mejdi Schalck who came second and third, respectively.

American Natalia Grossman and Serbia’s Staša Gejo were the only climbers from the 55-strong women’s field who achieved a perfect score of five tops and five zones in the qualification round.

World and World Cup bouldering champion Grossman climbed to first place on the basis of completing the challenge in a lower number of attempts.

Kylie Cullen, Cloe Coscoy, and Brooke Raboutou will join fellow American Grossman in the semi-finals after finishing in the top 16.

The IFSC World Cup in Seoul is due to conclude tomorrow with the men’s and women’s boulder semi-finals and finals.