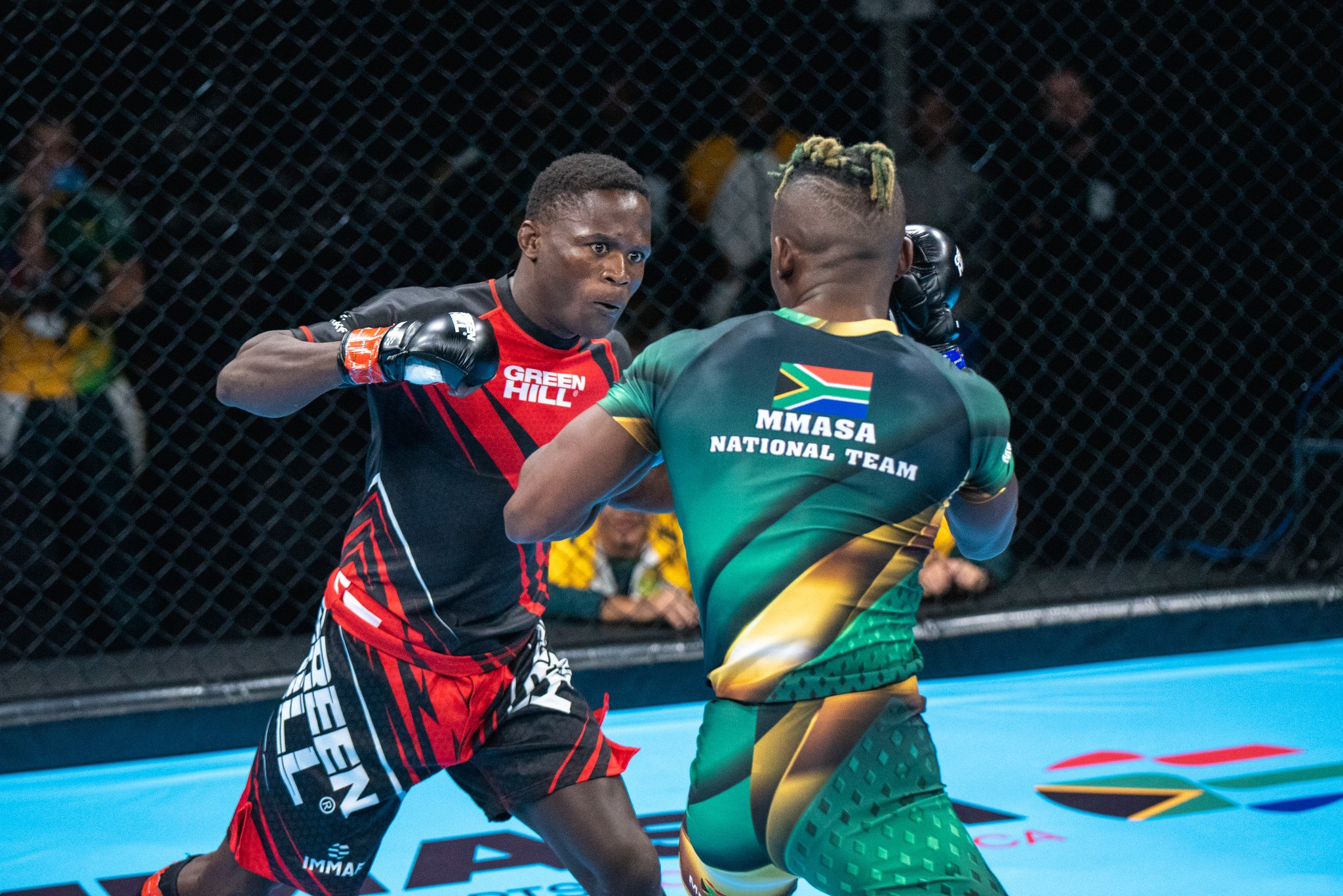 The International Mixed Martial Arts Federation (IMMAF) Africa Championships got underway in Johannesburg today, with Zimbabwe's Lewis Mataya dominating the ring as he managed to defeat Allistar Kunene of the host nation.

Ken Nyaondo of Zambia defeated Luan Tomas Shaka of Angola in the division's other contest.

Sipho Mlaba beat Doris Bayanga of the Democratic Republic of Congo on home soil, while Angola's Maurio Silva made history after claiming the first victory of the IMMAF Africa Championships - all at bantamweight.

Silva managed to defeat Djadoo Cedric of Mauritius to secure his spot in the semi-finals.

In featherweight action, Veja Hinda of Namibia claimed victory over Tresor Musampa of the Democratic Republic of Congo, while Nicolaas Vermaak of South Africa delivered a stunning performance to beat Angolan Divaldo Vicente.

Angola has the second-biggest team in the competition with 14 athletes, while South Africa has a team of 20 athletes searching for the overall title at the EFC Performance Institute.

Hosts South Africa were in the top 10 of the world amateur MMA standings back in 2019, before COVID-19 travel restrictions and lack of competitions pushed them down the order.

The IMMAF Africa Championships are set to run until Saturday (April 30).