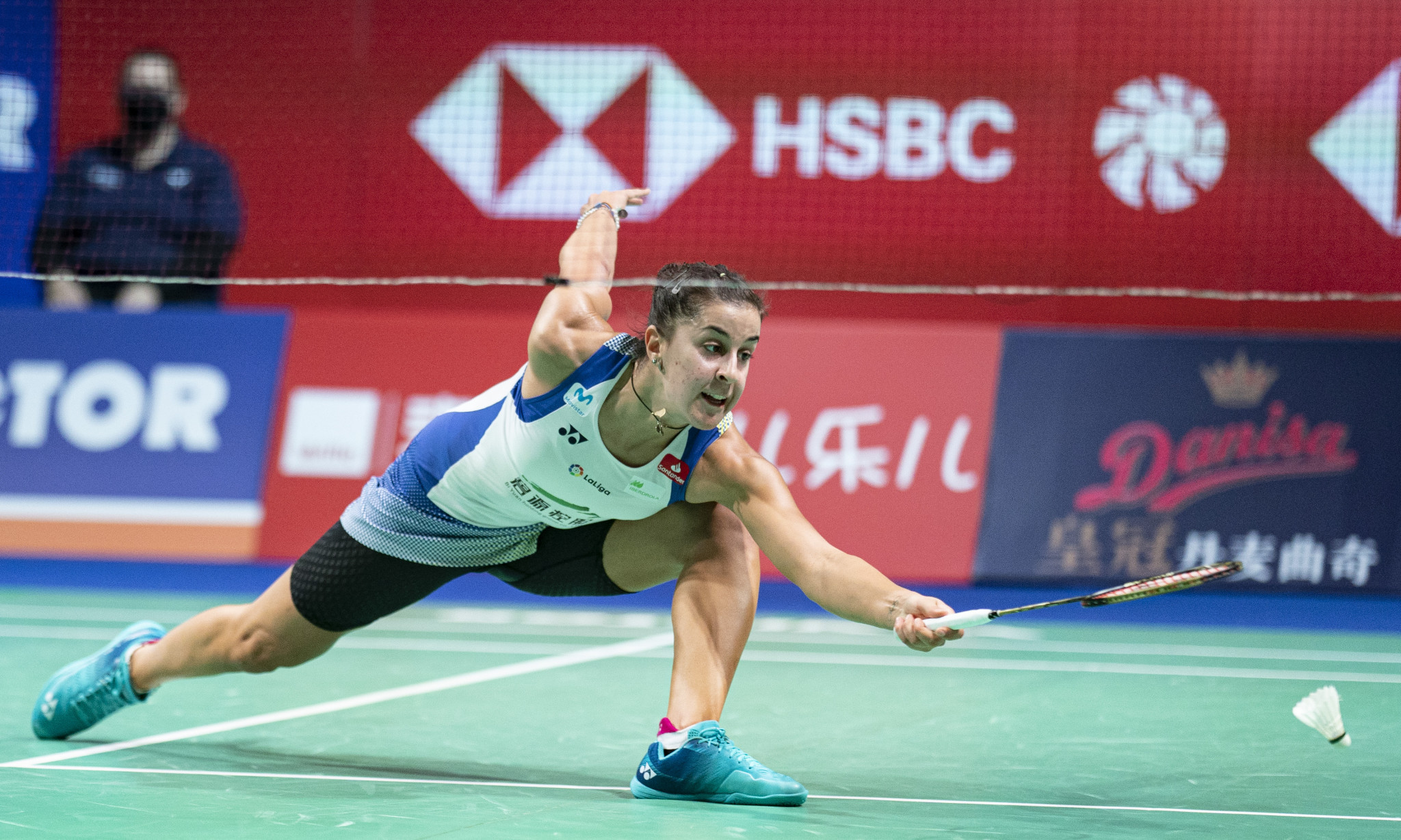 Top seeds Carolina Marin and Viktor Axelsen advanced to the quarter-finals of the European Badminton Championships in Madrid.

Spanish star Marin made her comeback from an 11-month spell on the sidelines with an anterior cruciate ligament injury yesterday.

Marin will now face Denmark’s Line Kjærsfeldt in the quarter-finals, after she secured a 21-12, 21-12 win against Spain’s Beatriz Corrales.

Tournament second seed Mia Blichfeldt came from a game down to beat Julie Dawall Jakobsen 14-21, 21-11, 21-17 in an all-Danish third round match.

Third seed Kirsty Gilmour of Scotland and Belgium’s Lianne Tan will meet in the last eight, after both players recovered from losing the first game of their third round matches.

The Danish star will meet France’s Thomas Rouxel in the last eight, following his 22-20, 21-12 win over England’s Toby Penty.

Zilberman will face Brice Leverdez for a place in the semi-finals, with the Frenchman having won a hard-fought match 24-22, 16-21, 21-16 against Slovakia’s Milan Dratva.

Ireland’s Nhat Nguyen will face the Danish player in the quarter-finals, after winning 21-15, 21-14 over the Netherlands’ Joran Kweekel.