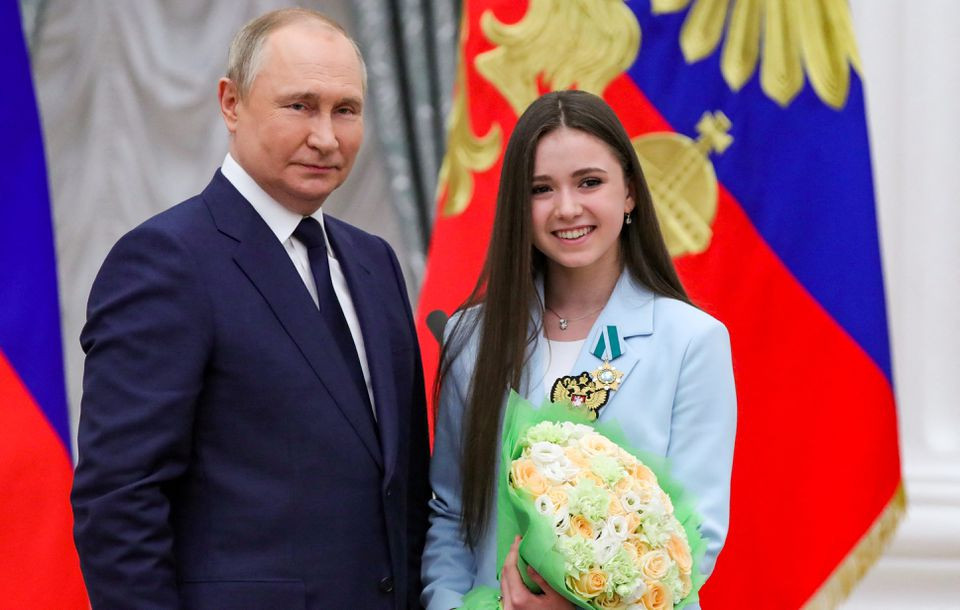 Valieva was among Russian Olympic medallists from Beijing 2022 honoured by Putin during a special televised ceremony at the Kremlin today.

She won a gold in the team competition in the Chinese capital, but the Russian Olympic Committee could yet be stripped of that medal if Valieva is found guilty after testing positive for trimetazidine at the National Championships in December.

Details of the failed test only emerged exclusively on insidethegames after the team event at Beijing 2022 had been completed and Valieva was allowed by the Court of Arbitration for Sport to compete in the women’s singles.

But she fell several times during the free competition and finished outside the medals in fourth place.

"Of course, the whole country, figure skating fans all over the world were especially worried about Kamila [Valiyeva]," Putin told the audience at today’s event in Moscow.

"She absorbed all the most difficult elements of figure skating into her talent, its plasticity, beauty, power and tenderness, with its labour brought sport to the height of real art.

"Such perfection cannot be achieved dishonestly, with the help of some additional means, manipulations.

"Yes, in figure skating all these additional means are not needed, we are with you well understand and know."

Putin urged Valieva to concentrate on her skating career and ignore criticism.

"Most importantly, don’t pay any attention," he said.

"True, you are still a very young girl, at that age it’s hard to endure such a wave, such raids.

"The most important thing here is to get together internally and just work.

"Do not look at them, at all these jumps.

"Everything that is not related to sports must be discarded.

"The main thing here is character.

"And you have everything,"

Valieva claimed that she was touched at being singled out for special praise by Putin.

"It is a great honour for me to receive the award of the President of the Russian Federation on my 16th birthday," she told the country’s official state news agency TASS.

"Thank you for loving sports, supporting athletes, this is very important for us."