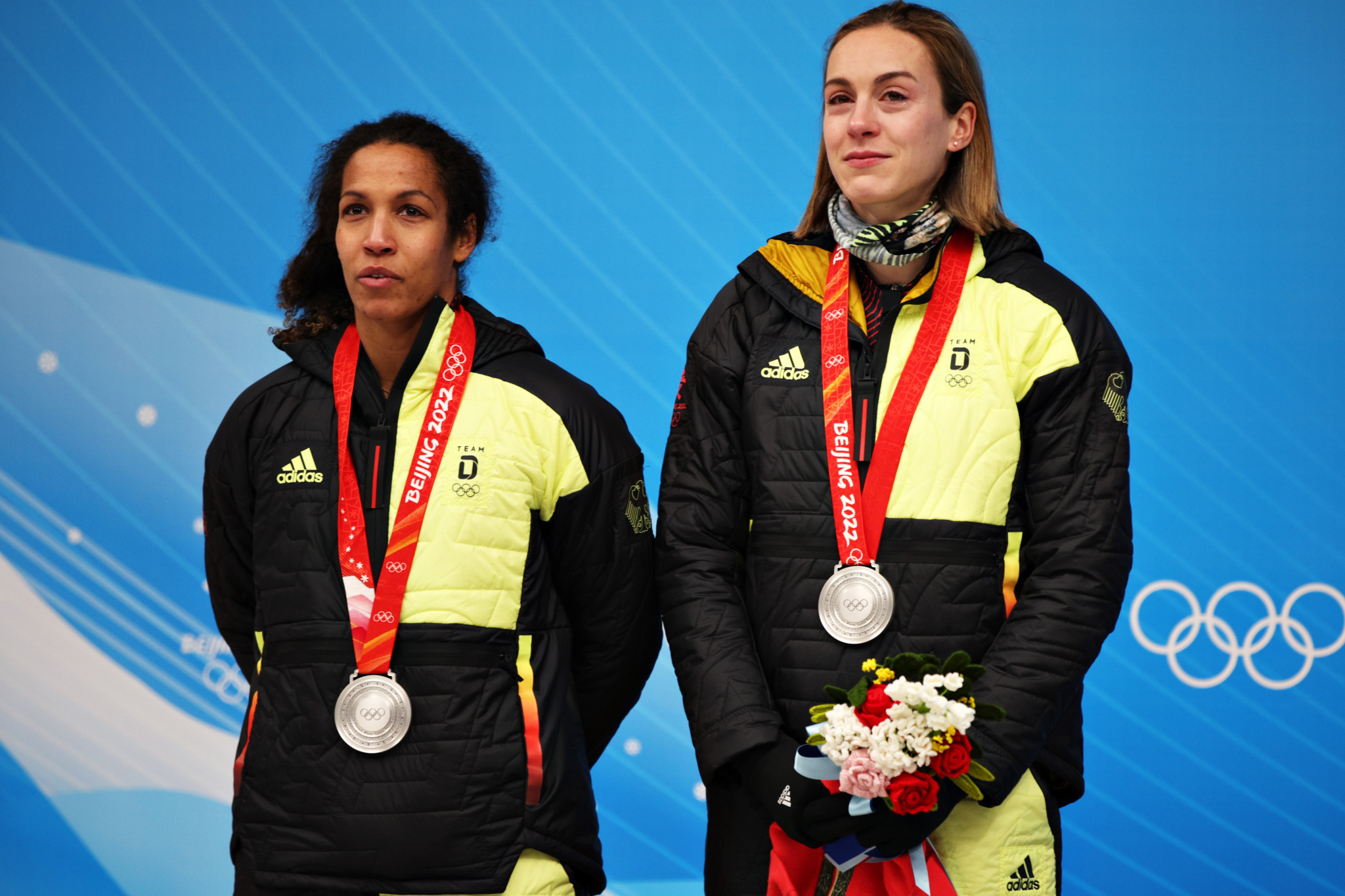 Germany's Pyeongchang 2018 champion and Beijing 2022 silver medallist Mariama Jamanka has retired from competitive bobsleigh at the age of 31.

That was followed up with a silver medal at Beijing 2022 in February with push athlete Alexandra Burghardt.

Jamanka also won two gold medals at the World Championships in the mixed team at Königssee 2017 and the two-woman Whistler 2019.

Her bobsleigh career had started as a push athlete in 2011, before Jamanka competed in her first races as a pilot in the 2014-2015 season.

A first IBSF World Cup victory arrived at Sigulda in December 2018, with Jamanka going on to take the overall title for that season's competition.

She won six World Cup events during her career, and her most recent appearance on the podium was a second-place finish at St Moritz in January of this year.

Jamanka retires as the reigning European monobob champion, having triumphed at St Moritz in 2022.

That was the third of her career gold medals at the European Championships.

"After a little over a decade, it's time for me to say goodbye to competitive sports," she wrote.

"It was a wonderful time with incredibly great and interesting people, some of whom have also become friends for life.

"Bobsledding has given me a lot to experience and I've learned a lot about myself.

"There were highs I never expected, but also many lows that were probably worse than most can imagine.

"It wasn't always easy, but it was worth it.

"If someone had told me at the beginning of my journey where I would end up, I probably would have laughed at them.

"And now that it's over, I would like to take this opportunity to thank everyone who has accompanied me on this journey."

German press agency DPA reported that Jamanka is to now focus her attention on studying in Berlin.