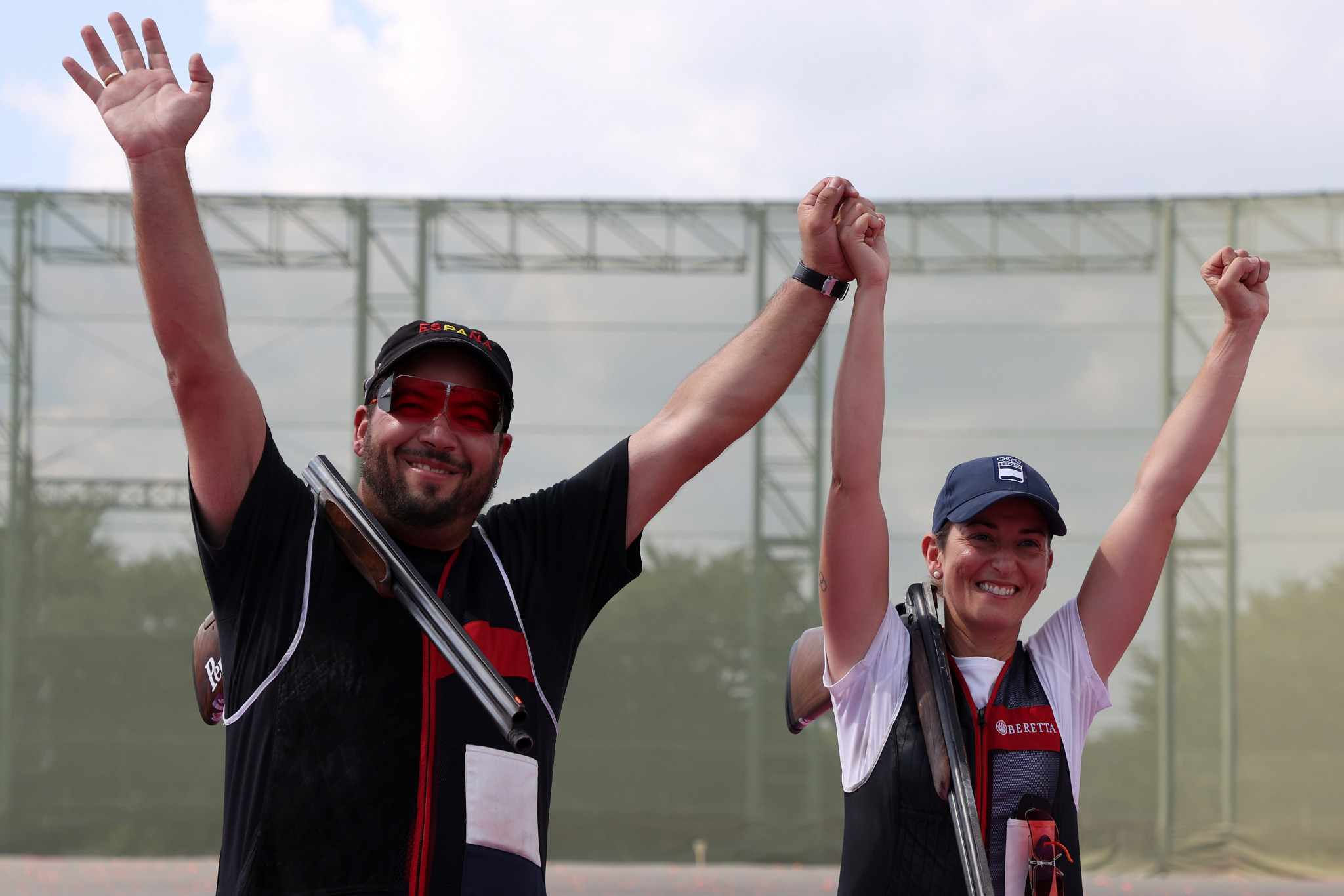 Alberto Fernández and Fátima Gálvez have won gold for Spain in the trap mixed team on the fourth day of competition at the International Shooting Sport Federation (ISSF) Shotgun World Cup in Lima.

Fernández and Gálvez, who won gold in the same event at the Tokyo 2020 Olympics, originally topped qualification after both shooters scored 71 each from the three rounds.

The Spaniards continued their immaculate form into the final where they swept Mexican duo Jorge Martin Orozco Diaz and Alejandra Ramírez Caballero 6-0.

In the other crucial matches of the day, two teams received bronze medals for their efforts.

The other bronze medallists were Kayle Browning and Derek Haldeman of the United States.

The Americans beat Guatemala’s Jean Pierre Brol Cardenas and Ana Waleska Soto Abril 2-1 in a shoot-off after the five rounds of shooting ended 5-5.

These results mean the US are top of the medal standing with two golds, one silver and two bronzes.

Spain are one bronze behind while Italy moves to third after collecting a medal of each colour.

The action continues Sunday (April 3) when the skeet events get underway following a day of pre-event training and equipment control.