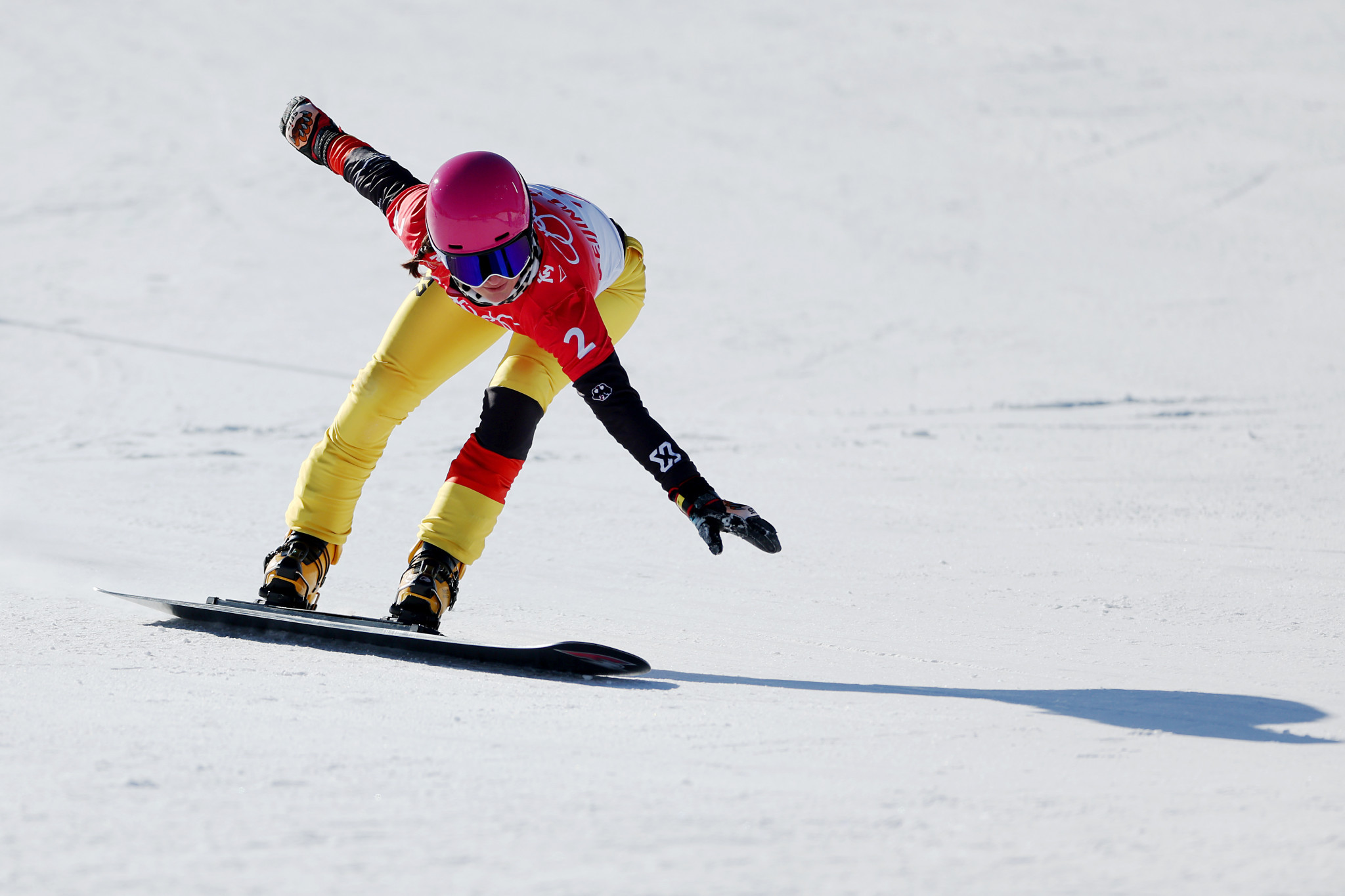 The duo arrived at the German venue for the parallel slalom contest top of the women's and men's standings, respectively.

Germany's Hofmeister came unstuck against Swiss Julie Zogg in the semi-finals, but went on to beat Beijing 2022 silver medallist Daniela Ulbing of Austria in the race for third place.

Zogg beat Megan Farrell from Canada in the final for a third win of the season, but ended up 17 points behind Hofmeister in the overall standings.

Hofmeister had already won the parallel giant slalom crystal globe, and is now the overall Alpine Snowboard World Cup champion for the third season in a row.

Zogg finished top of the pile in the parallel slalom discipline.

Lee of South Korea was knocked out by Austria's Andreas Prommegger - a former winner of the overall parallel crystal globe - in the semi-finals.

Prommegger and Italy's Edwin Coratti tied in the final and split the spoils.

Lee defeated another Austrian, Lukas Mathies, to earn third place and end the season with 604 points in total.

Germany's Stefan Baumeister, knocked out by Mathies in the last eight today, was 98 back in second and Coratti the only other snowboarder within 200 points of Lee.

Prommegger did finish top of the parallel slalom standings.