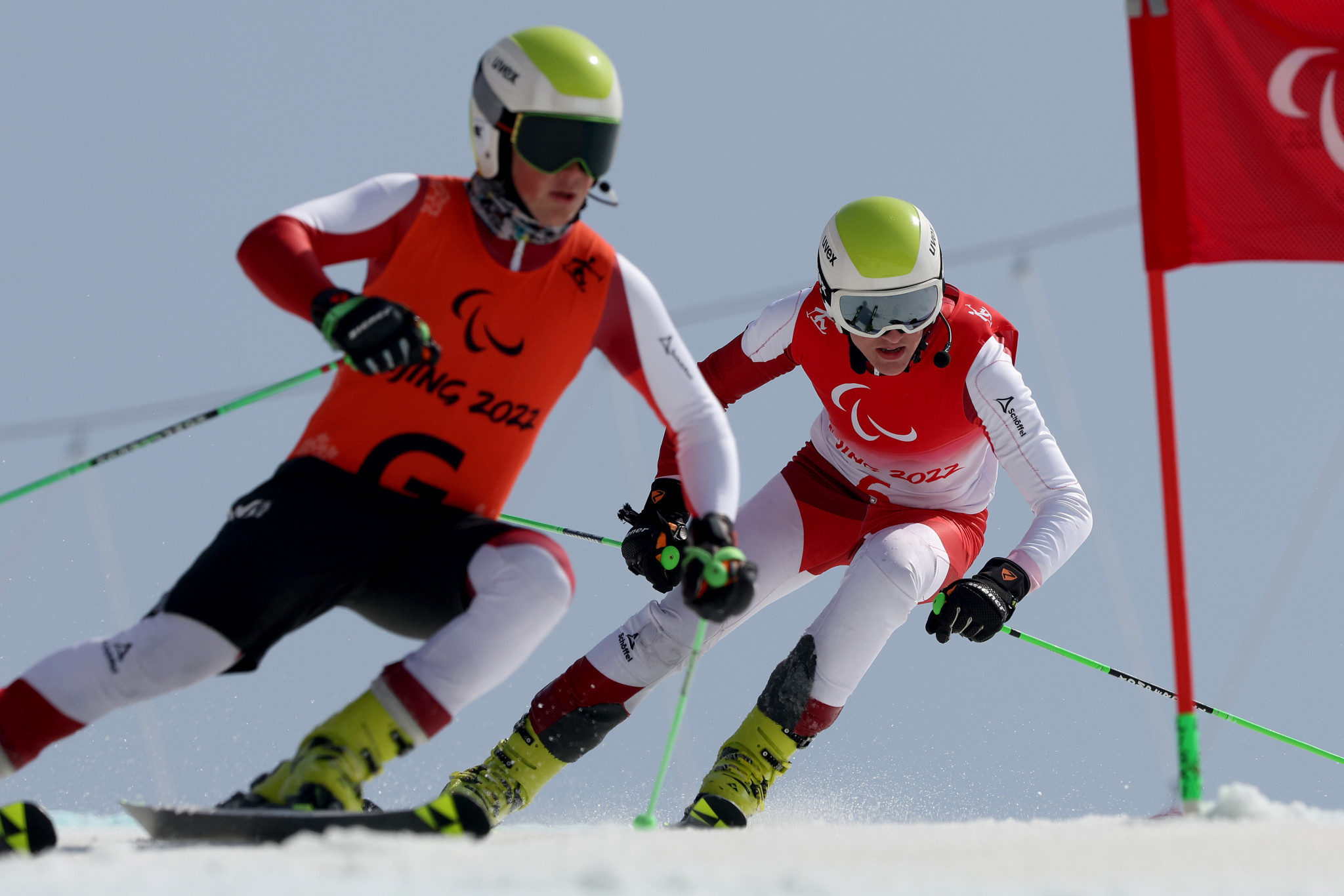 Aided by guide Matteo Fleischmann at the Yanqing National Alpine Skiing Centre, Aigner laid down the quickest time of the day, 53.43sec, giving him a total of 1min 49.34sec.

He was second to the defending champion Giacomo Bertagnolli after the first run, but the Italian made a significant error which turned over his lead of more than a second.

This is Aigner's fourth medal of the Games following gold in the downhill, silver in the super combined and bronze in the super-G.

Miroslav Haraus was in front of his Slovakian compatriot Marek Kubacka by more than a second for the bronze medal, relying on a stronger first run to finish in 1:54.92.

Kiiveri was second to the American before posting the third-quickest second run for a total of 1:55.40.

An early mistake from Walsh left it close between the pair, and he ultimately was short by 0.04sec.

It was the Finn's second medal of Beijing 2022 following silver in the super combined.

France's Arthur Bauchet was rewarded for the quickest second run with a bronze medal.

He was 0.49 off Kiiveri at the end, but that was a significant improvement on his sixth-place finish after run one.

Federico Pelizzari of Italy and Théo Gmür of Switzerland were fourth and fifth, in front of Britain's James Whitley, who was the leader for some time before Bauchet took that spot provisionally.

Norway's Jesper Pedersen was fastest in both runs of the sitting giant slalom, retaining his Pyeongchang 2018 title by 3.3 seconds in a combined time of 1:54.20.

He continued his strong form from the Games, winning his third gold medal in a week.

Rene de Silvestro of Italy moved from third into the silver medal spot.

It was his first Paralympic podium, moving into second after Dutch skier Jeroen Kampschreur skied out just a few gates from the end and a few seconds up on the Italian.