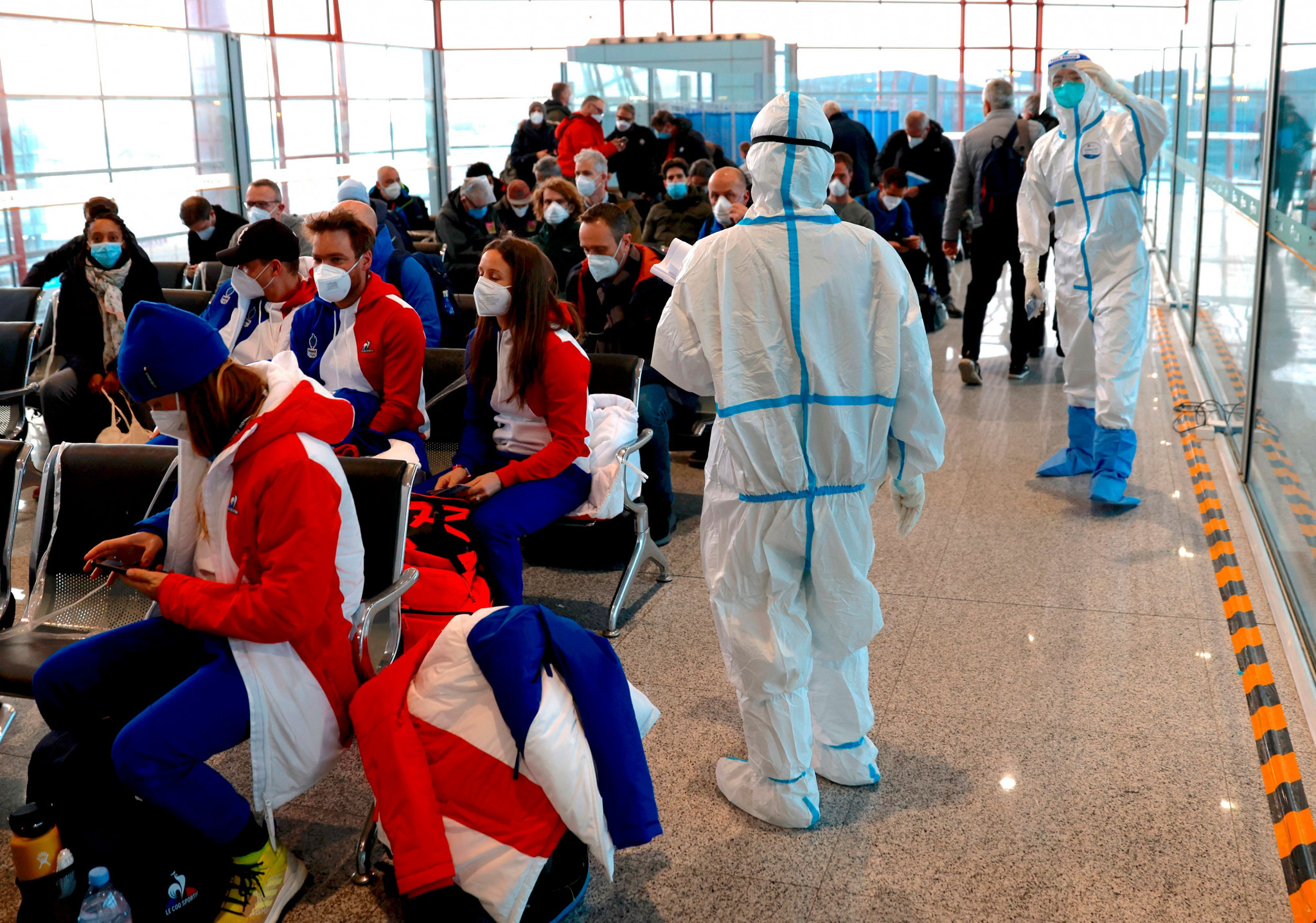 Beijing 2022 has confirmed a further 37 positive COVID-19 cases were recorded yesterday in tests conducted at the Beijing Capital International Airport and within the Winter Olympic Games closed loop.

A total of 28 positive cases were recorded in the airport polymerase chain reaction (PCR) tests, which were conducted on 1,252 Olympic-related arrivals.

A total of eight positive tests at the airport involved athletes and team officials, while the remaining 20 were from other Games stakeholders.

Beijing 2022 revealed a further 62,928 tests were carried out within the closed loop yesterday, including 2,502 taken by athletes and team officials.

The 37 positives represent a marginal increase in positive tests compared to previous days, following 34 on Saturday (January 29) and 35 on Friday (January 28).

Several nations have been forced into amending their entry lists for the Games, amid positive tests in the build-up to the Games.

Russian Olympic skeleton silver medallist Nikita Tregubov has been ruled out of the Games, along with team-mate Vladislav Semyonov.

The two athletes tested positive for COVID-19 last week and have failed to produce the required number of negative tests to clear them for travel to the Games.

Evgeny Rukosuev and Daniil Romanov have been named as the Russian Olympic Committee's replacement athletes for the event.

“Tregubov and Semenov, to my great regret, will have to miss the Olympics.

"Some of those remaining in Russia will wait for the test results and, if they receive negative ones, they will fly to Beijing on other flights if they manage to make it before the start of the start."

Swiss Ice Hockey said Sandro Aeschlimann and Calvin Thürkauf have been selected as their replacements, with the team due to travel here on Wednesday (February 2).

The Russian Olympic Committee has confirmed it has submitted a request for Evgenia Burtasova to replace Valeria Vasnetsova in their biathlon team for the Games.

The Hungarian short track speed skater has reportedly had four consecutive negative test results, with a fifth allowing him to join his team-mates at the Games.

His compatriot Alex Varny has also been training back in Hungary after a positive test.

An update from the Australian Olympic Committee confirmed their mixed curling team have been released from quarantine in the Chinese capital today.

Tahli Gill, who had previously been unnamed, tested positive on arrival at Beijing Airport but has now recorded two consecutive negative tests.

Her team-mate Dean Hewitt had also been in isolation, but the pair are now clear to continue their preparations.

The arriving Australian athlete who tested positive on the weekend has now twice tested negative and will resume normal Games preparation.

Curler Tahli Gill and her teammate Dean Hewitt have been in isolation for the past two days 👉 https://t.co/CVeonRQjQ8#ChasingWinter pic.twitter.com/24RAD3nr0Z

"We are greatly relieved as a team, that goes without saying," Gill and Hewitt said in a joint statement.

"But importantly for us both as a team, this experience is not going to define our Olympic campaign.

"We have treated this time as a rest day and a time to really focus on our Olympic goals.

"We look forward to representing Australia with pride and making history for our sport."

The AOC revealed that Tahli had contracted COVID-19 a number of weeks ago while training in Canada and had tested negative before travelling to Beijing, indicating she was at the end of the infection cycle.

Concerns have been raised by some athletes in the build-up to the Games that more sensitive testing in Beijing could lead to athletes missing competitions.

The International Olympic Committee and Beijing 2022 confirmed last week that participant whose PCR results have a cycle threshold (CT) greater than or equal to 35 will be managed in the same way as close contacts for seven days.

Games participants with a PCR result of less than 35 will be considered positive.

The German Olympic Sports Confederation (DOSB) had been among organisations to have requested the CT value be reduced from 40, a figure where previously positive individuals are no longer viewed as infectious.

The DOSB argued the reduction would ensure athletes who were testing negative in Germany would not test positive on arrival into China.