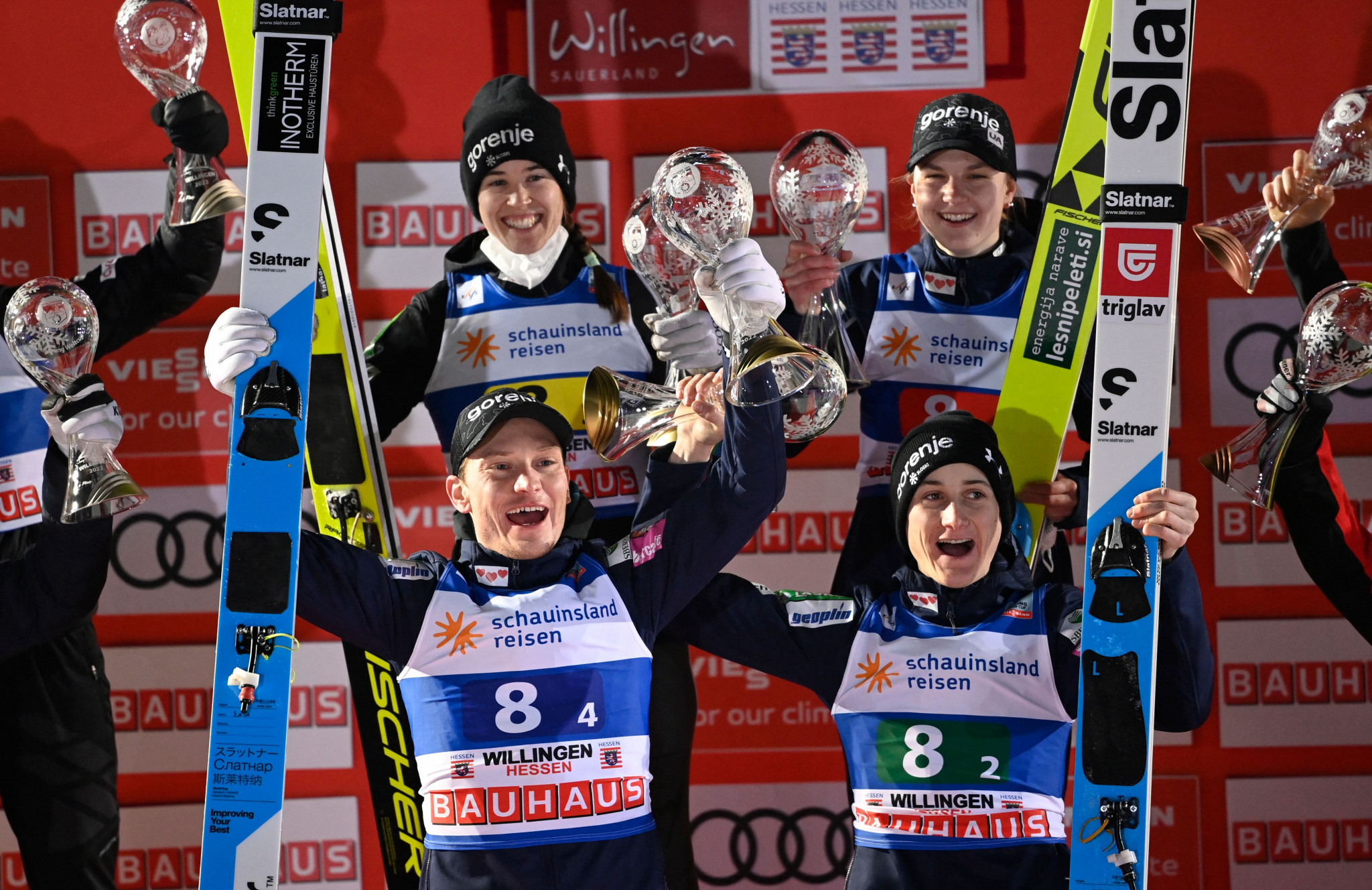 Slovenia claimed victory in the first mixed team event of the Ski Jumping World Cup season in Willingen in Germany.

Ema Klinec, Cene Prevc, Urša Bogataj and Anže Lanišek combined to score 862.6 points overall and win by a margin of more than 60.

The quartet finished comfortably ahead of next-best Norway, on 799.7 points.

However, Thea Minyan Bjørseth's scores of 45.2 and 62.7 brought the team total down drastically.

Kramer, who is currently dominating the women's World Cup, was joined by Eva Pinkelnig, Daniel Huber and Stefan Kraft on the Mühlenkopfschanze large hill.

Slovenia's win moves them closer to third-place Norway in the Nations Cup, with 3,019 points to he Norwegians' 3,114.

The second and final mixed team event of the season is scheduled for March 4 in Oslo after the Beijing 2022 Winter Olympic Games.

Men's and women's individual World Cup legs are scheduled in Willingen over the next two days.