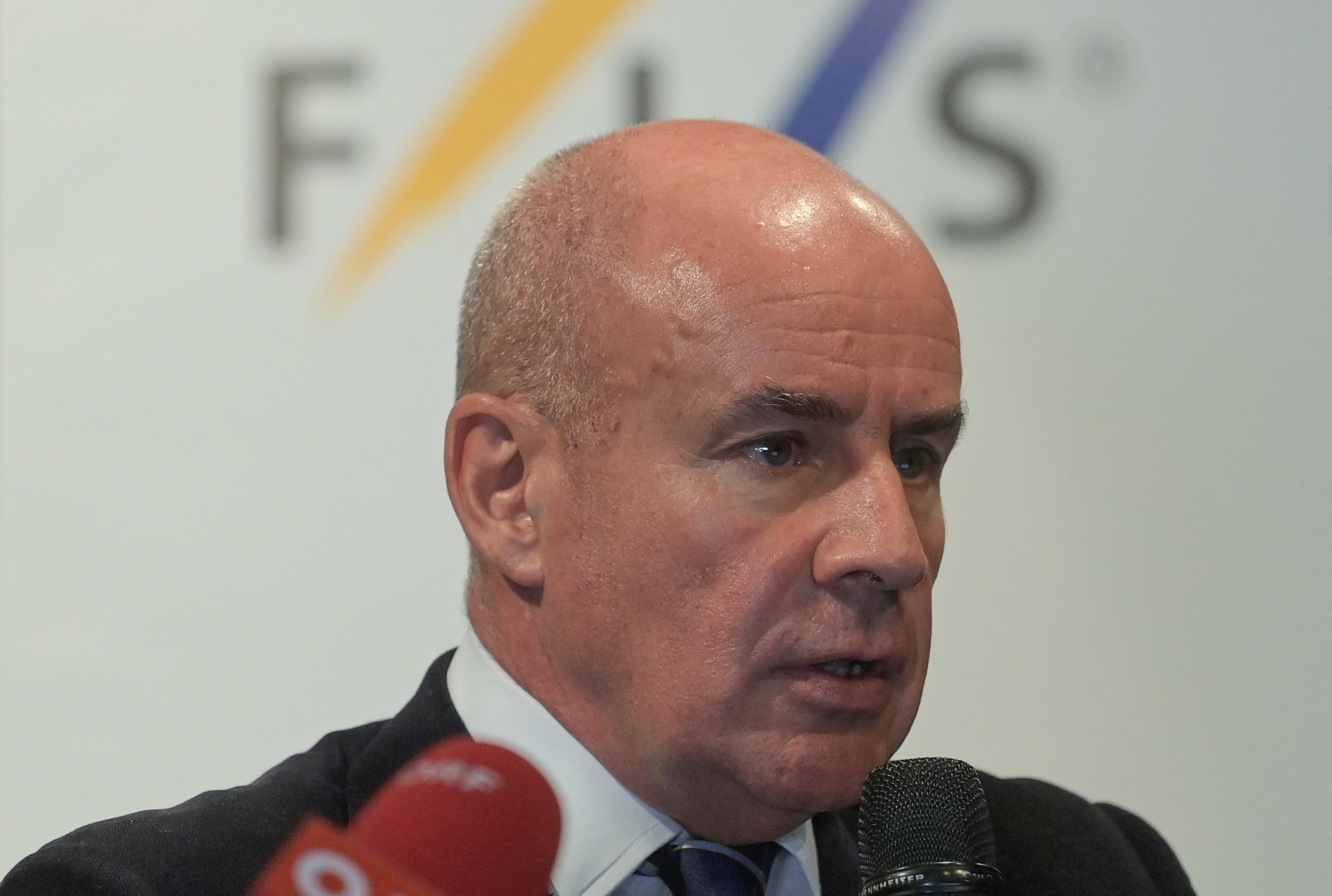 Eliasch has spoken of the importance of the host nation to strengthening the "global presence" of snow sports with fewer than 30 days to go until the Games are scheduled to open in Beijing.

China vowed to encourage 300 million people to participate in winter sports after securing the right to stage the Winter Olympics for the first time.

Eliasch said the FIS decided to open an office in Beijing in October last year to help support China's pledge.

"The work doesn’t stop with the Olympics, it continues long after the Olympic Games," Eliasch told the state-run China Global Television Network.

"China is one of the most important global markets and has great potential for growth.

"I am very impressed with how China has made the development of snow sports a priority - a country with the ambition to bring 300 million people to our sport is an amazing opportunity.

"With the office in China we are able to operate directly in China and promote the progression of both recreational and professional snow sport in the country.

"I am convinced that this will further strengthen the global presence of our sport and also bring it to the next level."

Beijing is set to become the first city to stage both the Summer and Winter Olympics.

Eliasch said he had been impressed by the capital's preparations for the Games, with the city using numerous venues built for the 2008 Summer Olympics.

That includes the National Stadium, commonly known as the "Bird’s Nest", which will stage the Opening and Closing Ceremonies, and the National Aquatics Center which has been transformed into a curling venue.

"Our ambition is for big events like the Olympics to leave a legacy and continue to have an impact on society when the athletes are long gone," said Eliasch.

"If you look at the city venues for this Olympics most of them go back to the 2008 Summer Games.

"For the Winter Olympics I see the same long-term vision and any FIS venues that will continue to be used in the future for recreational purpose as well as competition sites."

The build-up to Beijing 2022 has been dominated by criticism of China's record on human rights while the COVID-19 pandemic has also been a cause for concern.

But Eliasch is excited by the prospect of the Winter Olympics, scheduled to run from February 4 to 20.

"The preparations for the Winter Olympic Games are well underway and I think the athletes, the organisers and the fans are very much looking forward to when the Games will finally begin," said Eliasch to China Global Television Network.

"The spirit, the magic and emotions linked to the participation will be evident no matter what because the Olympics are a place where athletes from all over the world meet where years of hard work will be rewarded and where dreams come true."