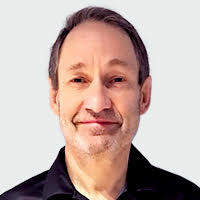 Super League Triathlon (SLT) co-founder Leonid Boguslavsky has underlined the importance of strengthening links with World Triathlon, arguing it is "good for sport and for the athletes".

Boguslavsky was speaking to insidethegames after SLT confirmed a collaboration with World Triathlon to crown the first official world champions in esports triathlon next year as part of the Arena Games Triathlon.

The Russian official explained that SLT wished to avoid pitfalls experienced by other private entities in sport in their relationship with International Federations.

Instead, Boguslavsky places an important emphasis on working closely with World Triathlon.

"So in a few months after we just introduced Super League, we signed a Memorandum of Understanding between Super League and at that time ITU [International Triathlon Union], now World Triathlon, so with the International Federation, where we agreed on a few important things.

"Prize money would be the same for men and women, that we will have doping check from the officially appointed labs by the International Federation, we’ll have a technical officer, and also we coordinate our calendar so not to overlap much with the races.

"And it worked already for a few years, and we talked very nicely, so we built relations and when we introduced Arena Games, it was clear that if we do it together with close cooperation with the International Federation and with the National Federations, we’ll be more successful.

"We’ll grow this sport and we’ll achieve our dream, bring it to Olympic Games, so this is why it’s very straight-forward to cooperate with federations for us."

Reflecting on the latest development since SLT's inauguration in 2017, Boguslavsky believes that steady progress has been made in regards to development.

"The journey of Super League Triathlon is very similar to the development of internet start-up," he compared.

"The growth of the audience and spectators is crucial.

"I mean audience overall through the media, and spectators on the side, and it is growing.

"It is growing very well, but we need another couple of years to get to very good numbers in terms of growth, in terms of audience and on-site spectators."

Turning to next year's SLT Championship Series, Boguslavsky confirmed that several of last season's stops including London, Munich and Malibu are likely to feature again, but that SLT is engaged in discussions over potential new hosts for events.

"For the Championship Series, we will announce it soon, but it will be various spectator venues like London, Munich, Malibu like it was next year," Boguslavsky said.

"There are also a couple of new venues we are very close to finalise our negotiations with a couple more."

Looking further into the future, Boguslavsky is targeting further growth, including a merger and acquisition (M&A) system.

"As for the long-term, we will be going in the M&A way.

"We need to grow the whole thing, and to grow it we need to acquire certain IPs, intellectual properties, for endurance [triathlon].

"Not just in triathlon as a sport, but it could also be cycling, it could be running, but it should be endurance, and to have a group of companies that will have ownership in a number of IPs, that's the long-term strategy."

A new team system was implemented in last season's SLT for the first time.