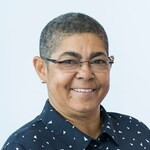 Three new members have been elected to the International Teqball Federation (FITEQ) Executive Board, it was announced at the FITEQ General Assembly today.

The FITEQ hosted its General Assembly in Gliwice in Poland here, after the Teqball World Championships ended yesterday.

Day 4 was the perfect grand finale to the 2021 World Championships👏 - Congratulations to all the players for competing at such a high level, you are all winners! 🔥🏆
•#Teqball #WorldIsCurved #Teq #Lifestyle #21WCH #TeqballWCH pic.twitter.com/gkSaqrOX1M

Borsányi said: "As of today, we have 128 National Federations established across all five continents, which is a significant increase from the end of 2020.

"We also have more than 3,000 clubs in 150 countries, ensuring local communities all over the world can enjoy and play the world’s fastest-growing sport!

"So, on behalf of the FITEQ Executive Board, I want to say a huge thank you and congratulations to our partners around the world.

"Your passion, your hard work, and your positive spirit is what inspires us to dream bigger and reach higher every day."

Borsányi heralded the launching of Para teqball and the inclusion of teqball at the 2023 European Games.

He added: "By these successes, it has helped us reach new audiences and inspire new athletes and fans to join the global teqball and para teqball family.

"And we do this of course through and with you – our National Federations!"