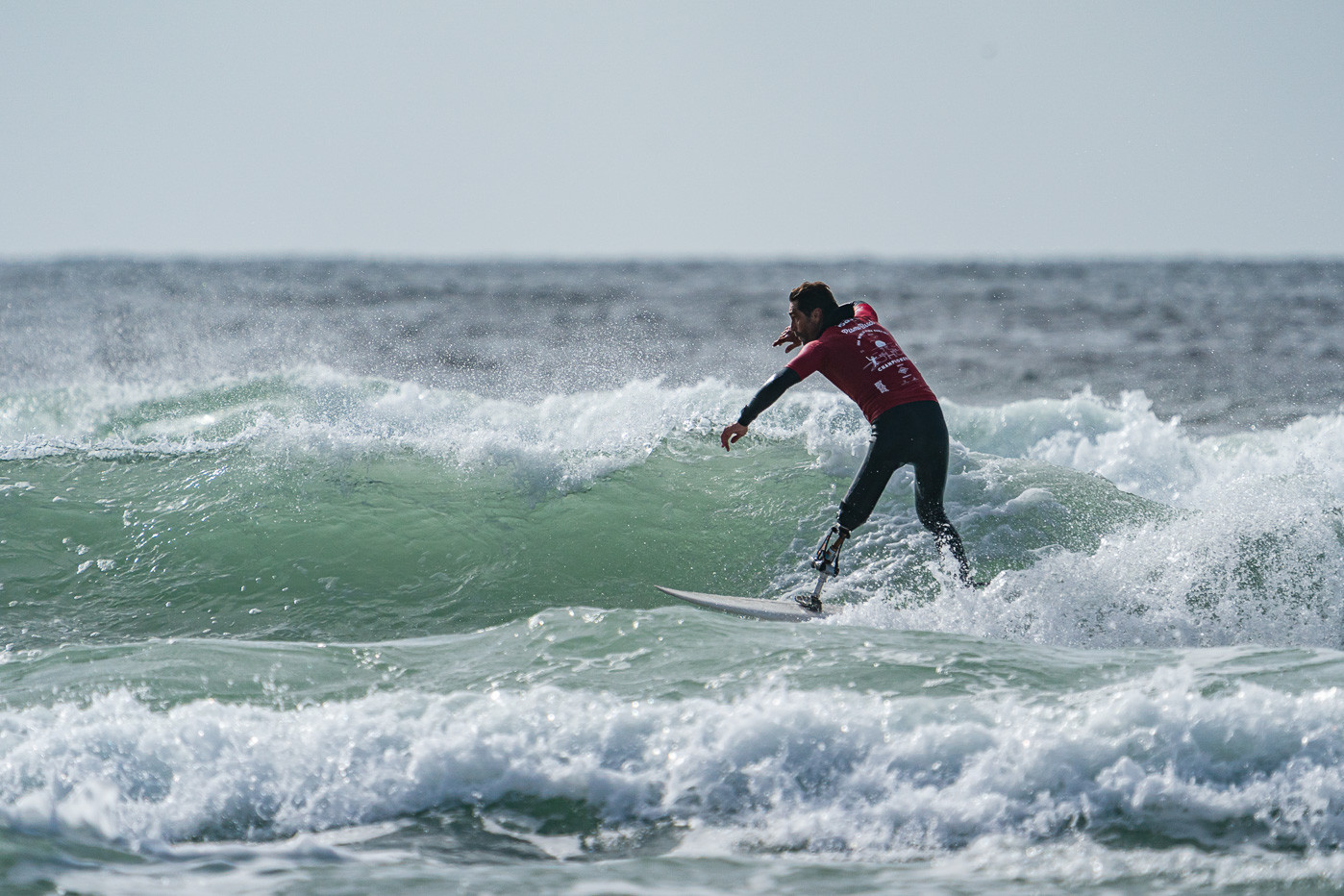 The first finalists were decided on the third full day of competition at the 2021 International Surfing Association World Para Surfing Championships in the United States.

Athletes were undeterred by heavy rain and challenging conditions on Pismo Beach in California.

Standouts of the early competitions in the men's divisions solidified their leads, with Mike Richards and Pablo Aguilar of Brazil and Australia's Mark Stewart holding firm in the men's stand one and two and men's kneel, respectively.

In men’s prone one Bruno Hansen of Denmark reclaimed his place atop the rankings with a score of 16.50.

Hansen is the only surfer in history to have won the classification and is looking likely to win a sixth gold medal.

A single classification event was held to decide who would move on to the final of women’s stand two.

Costa Rica’s Jimena Ruiz charged up the women's stand two leaderboard with an 11.50, but it was defending champion Malu Mendes of Brazil who retained first place after 11.00 was enough for her to defend her lead.

The men's stand three went down to the wire for Dariel Melendez of Costa Rica as he sought to book his place in the final.

It was a nervy performance but two high-scoring waves at the end of his run gave him 13.03 points to take the lead.

"This is my first Para Surfing championship and I’m so excited, the environment here is super cool.

"To see the adaptive surfing community all together is the best thing in the world."

The 2021 edition of the event is the first time that it is being hosted on Pismo Beach and features a record 130 athletes from 24 nations.