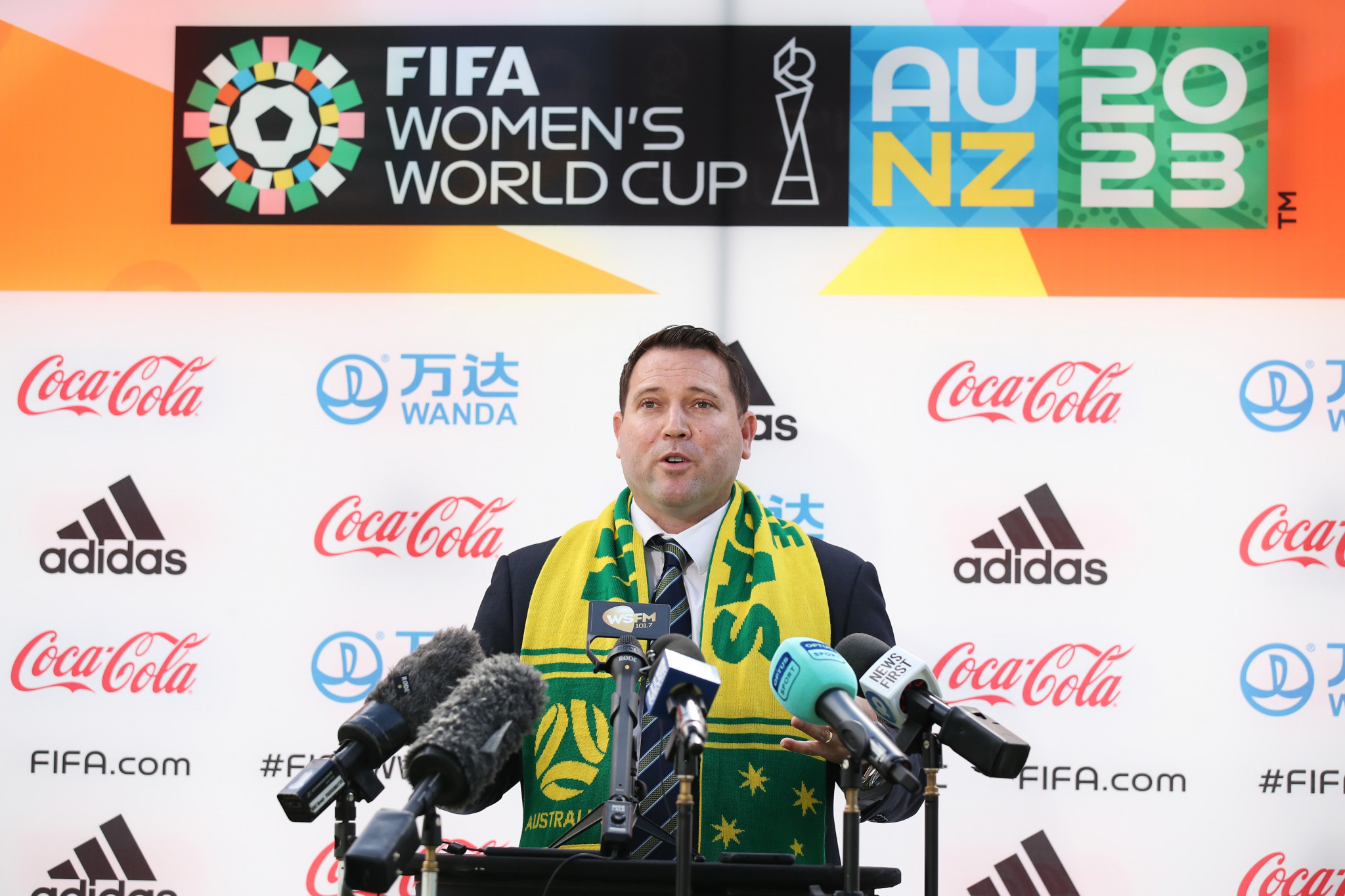 Australia is set to stage 35 matches including the final with New Zealand hosting the other 29 fixtures as the two nations prepare to co-host the FIFA Women’s World Cup in 2023.

FIFA has announced the 64-fixture match schedule for the ninth edition of the event, due to be held from July 23 to August 20 in 2023.

Nine cities and 10 stadiums across Australia and New Zealand are set to stage matches during the 32-team tournament.

Eden Park in Auckland, New Zealand is due to host the Opening Ceremony and first match of the 2023 FIFA Women’s World Cup on July 20, with Stadium Australia in Sydney set to stage the final on August 20.

New Zealand will play their opening Group A clash at Eden Park before Australia launches their campaign with a Group B match at the Sydney Football Stadium, according to FIFA.

The host countries will split the remaining group-stage fixtures, with New Zealand hosting five further matches in Auckland, seven in Wellington, six in Dunedin and five in Hamilton.

Australia will host six group-stage fixtures at the Sydney Football Stadium, with Perth and Brisbane both hosting five and a further four each taking place in Melbourne and Adelaide.

Last 16 matches are expected to take place from August 5 to 8, which will see Stadium Australia host its first match of the tournament.

The Opening Match and Opening Ceremony for the first-ever co-hosted women’s tournament will take place on 20 July at New Zealand’s Eden Park in Auckland/Tāmaki Makaurau.

Meanwhile, on the same day, we will kick off our @FIFAWWC campaign at the brand-new Sydney Football Stadium. pic.twitter.com/M2Pcg9Qfj5

A further five will take place in Australia while the remaining two matches will be played in Auckland and Wellington.

The quarter-finals are split between the two hosts, with matches in Auckland, Brisbane, Wellington and Stadium Australia in Sydney.

Both Australia and New Zealand will also host one semi-final each at Stadium Australia and Eden Park respectively, while the third-place playoff will take place at Brisbane Stadium.

Football Australia chief executive James Johnson said he "can’t think of a better outcome" for the Australian team as all their matches will be played on home soil.

"It's a great schedule for the Matildas that means that the Matildas will not travel abroad in a co-hosted competition we are guaranteed," said Johnson.

"I think we've all landed on a match schedule that everyone agreed with in the end, and everyone can buy into.

An amazing result for New Zealand. The world’s best are coming to Aotearoa. Bring on 2023! #FIFAWWC https://t.co/FIUMjA3FNo

Australia’s Minister for Sport Richard Colbeck said momentum was building as the countdown to the FIFA Women’s World Cup 2023 continues.

"It is a great privilege for Australia to host 35 matches, including the final - a sporting showcase that will reinforce our growing reputation as a major events host," said Colbeck.

"Gaining an equal share of the group-stage matches with Australia is really exciting for Aotearoa and will ensure more of our sports-mad nation can enjoy this once-in-a-lifetime event in our backyard," added Robertson.

The 2023 edition will be the largest ever FIFA Women's World Cup with the number of teams increasing from 24 to 32.

No senior World Cup in men's or women's football has been held in Oceania before.

Australia and New Zealand were awarded the hosting rights following a FIFA Council vote in June 2020.

The joint bid received 22 out of a possible 35 votes to defeat Colombia, the only other contender, which obtained 13 votes.