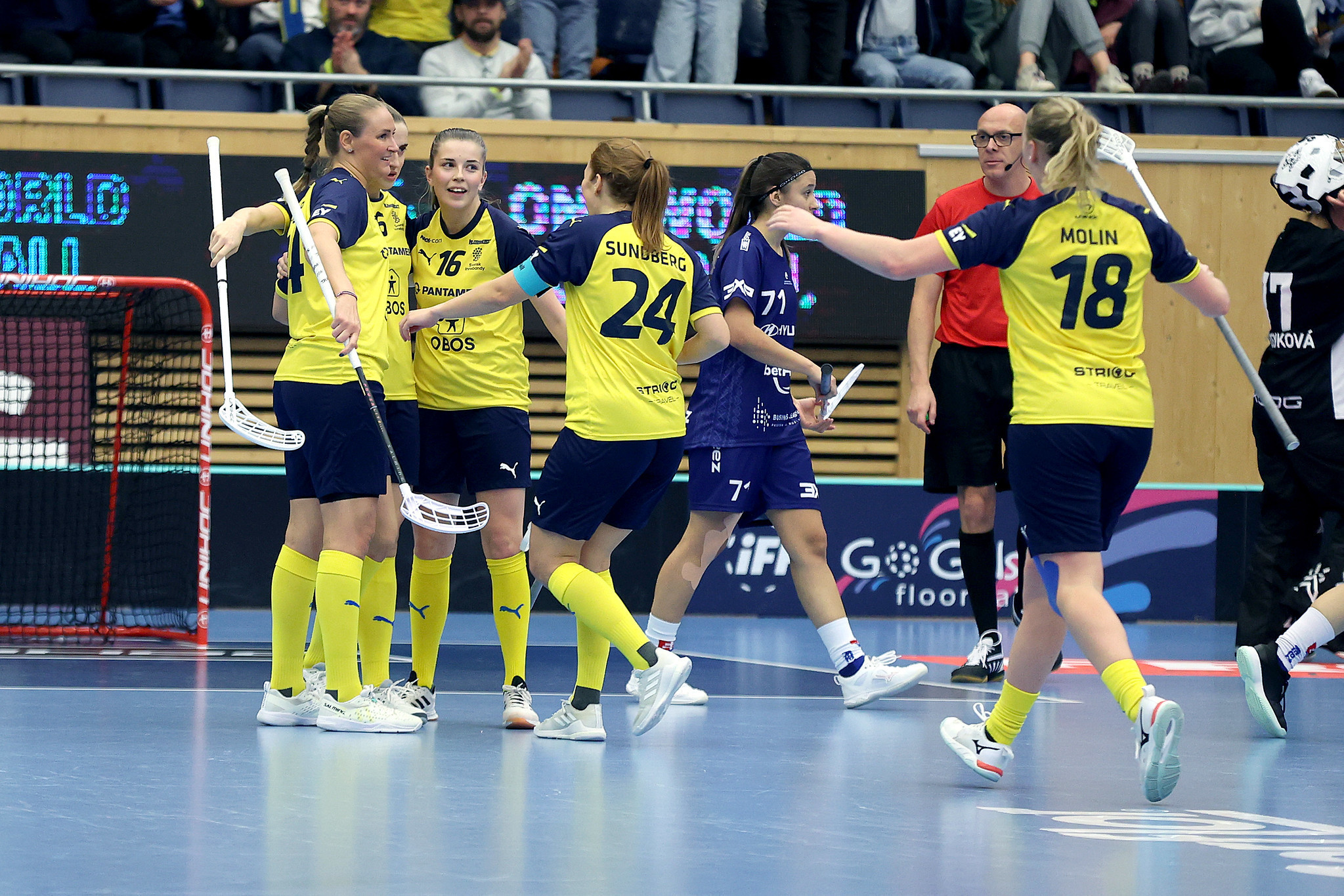 Hosts Sweden, who have won the last seven editions of the Women’s World Floorball Championship started their campaign with a ruthless display, putting 22 goals past Slovakia.

On the opening day of action at the IFU Arena in Uppsala, Sweden were relentless against their first Group B opponents running in eight goals during the first period, six in the second and eight more in the third.

There were 13 different goalscorers for the top seeds, with Klara Molin and Sofia Joelsson both scoring four.

There was another big win in the group’s other game with third seeds Finland overcoming Germany 15-0, with Veera Kauppi scoring three times.

The closest match of the day came in Group D as Estonia beat Singapore 4-3, with Edith Parnik scoring the winner for Estonia in the 53rd minute.

Elsewhere in the group Norway came from 2-1 down to defeat the National Floorball Federation of Russia 7-2, with Rikke Ingebrigtsli Hansen scoring three goals.

Six more group matches are scheduled tomorrow, with the champions set to be crowned on December 5.