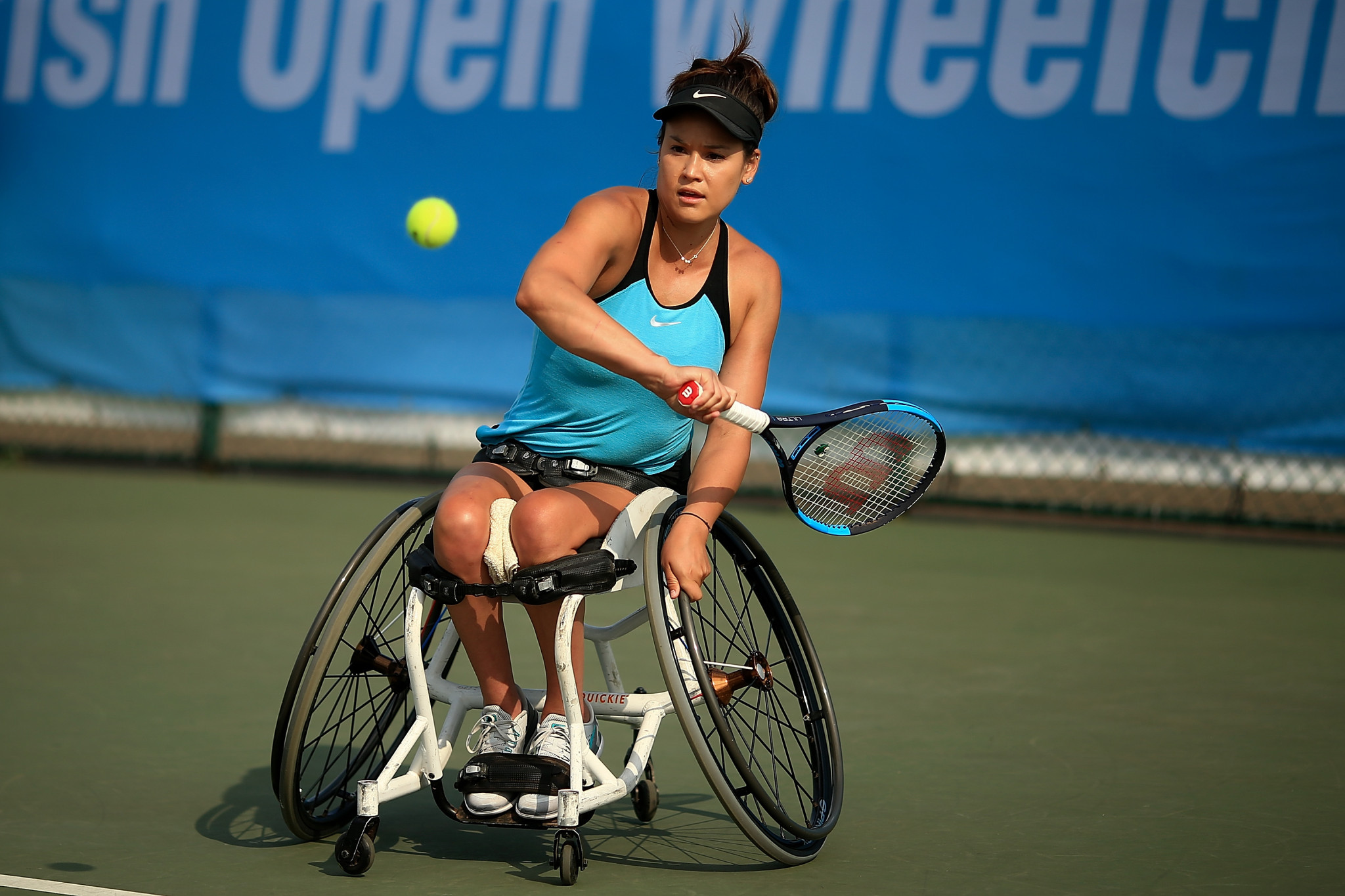 Dana Mathewson, Casey Ratzlaff and Conner Stroud all competed at the Tokyo 2020 Paralympic Games, and were joined by Chris Herman in playing an exhibition doubles match and providing tips, advice and instructions to athletes in Blacksburg.

A weekly wheelchair tennis session has been provided by the university's men's tennis team for the last six months, aimed at players of all ages as part of a drive to develop the sport.

Participants at the event hailed from other states including West Virginia and Maryland.

Mathewson, who reached the women's singles quarter-finals in the Japanese capital and has previously made the singles last four and women's doubles final of the US Open, expressed her delight at taking part in a programme which delivers a positive impact on people's lives.

"Sometimes people ask you what your 'why' is," Mathewson wrote on Instagram.

"At times, it’s hard to come up with the right answer, but weekends like this past one remind me of why I love tennis so much.

"My fellow Team USA members and I flew to Virginia Tech to help at a clinic with local kids and adults, and help to promote a collegiate program starting there.

"Meeting the families and little kids wanting to play, reminded me of when I was in their shoes and was a highlight of my year.

"Sometimes it seems silly to say sports changes lives, but it really does."

"I think it just brought a lot of attention to the sport, how good it can be and how awesome it was for the kids that we have in our group," he told the United States Tennis Association website.

"Those kids were so excited, motivated and touched by the event that I think it'll help them in their development for the future.

"They're the future of the wheelchair sport in the long-term."

Thompson also commended Harnett and the four players for their "unbelievable commitment" shown in visiting to Blacksburg.