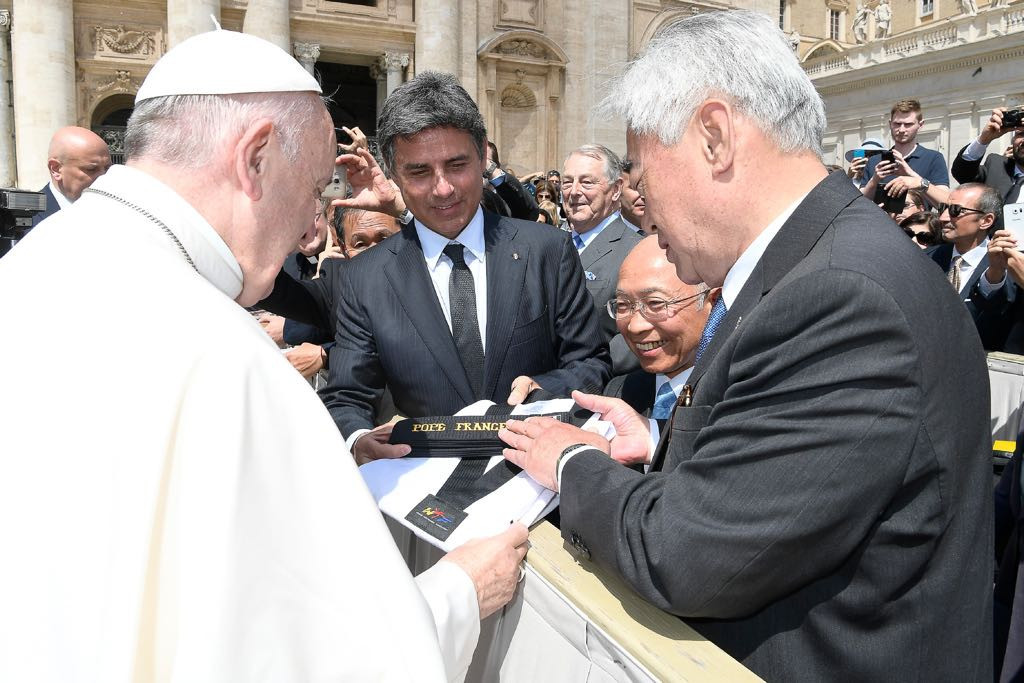 Vatican Taekwondo has been admitted as a member of World Taekwondo.

It becomes the 211th member of World Taekwondo and is only the Vatican City's second national governing body (NGB) to be recognised by a world governing body.

The Vatican City Cycling Federation was the first national sporting body to become a member of an International Federation, in this case the International Cycling Union.

The vote was conducted electronically during the World Taekwondo General Assembly.

World Taekwondo and the Vatican have developed a close relationship in recent years, culminating in becoming a member.

It has included the World Taekwondo Demonstration Team first performing in the Vatican City in 2016 during the first Global Conference on Faith & Sport.

"We are delighted to welcome Athletica Vatican - Vatican Taekwondo to our global taekwondo family," Choue said.

"Taekwondo is a universal language, it does not matter what your religion or beliefs are; where you are from, or who you are; we are all united through taekwondo.

"With the Vatican, World Taekwondo shares many common values and we believe strongly in the power of sport to promote respect, friendship and peace.

"I am sure the creation of this new member national association will help further strengthen taekwondo and its values around the world."

Vatican Taekwondo President Giampaolo Mattei said the recognition will help encourage children and adults to partake in taekwondo, "with a strong focus on inclusion of people with impairments and solidarity".

Monsignor Melchor Sanchez de Toca, under-secretary of the Pontifical Council for Culture, concluded: "By introducing Vatican Taekwondo into the greater family of World Taekwondo, I hope we will be able to help others to connect the high ethical values of taekwondo to a robust spiritual life and strengthen the bridge between eastern and western cultural traditions.

"Together we can contribute to the common good of society, by spreading moral and physical strength, self-discipline, overcoming one's limits, respect for others and joy of life, which are characteristics of taekwondo."