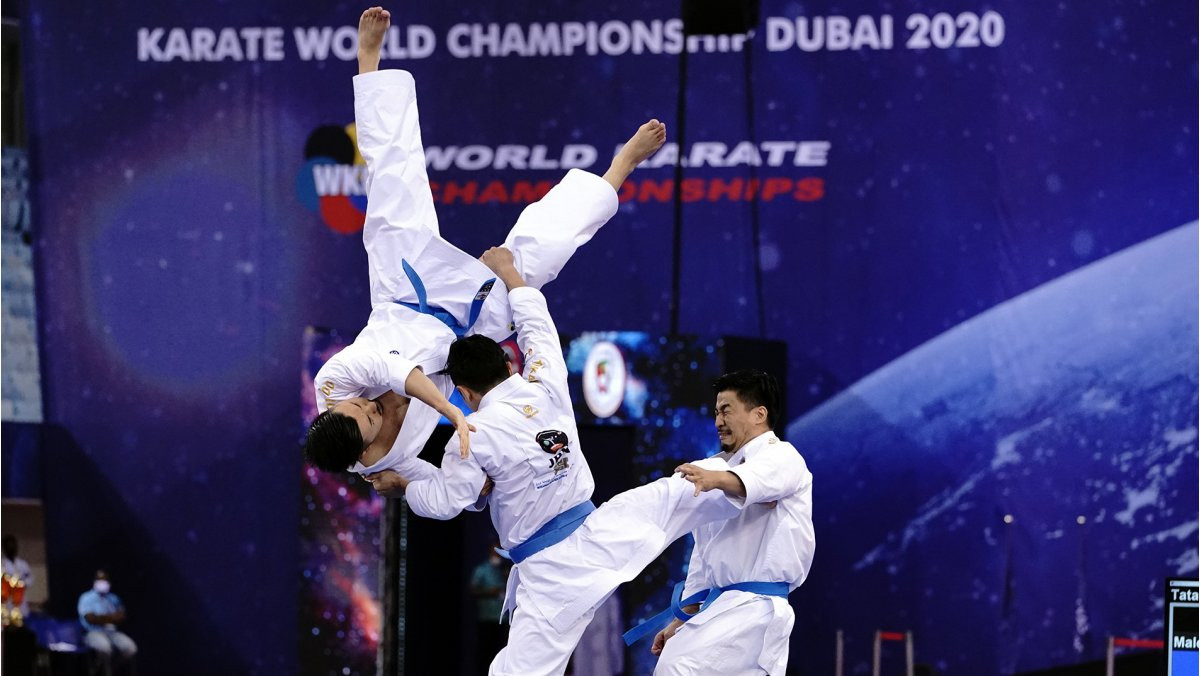 Egypt dethroned France to clinch the women's team kumite title as Japan swept the kata competitions on the final day of the Karate World Championships here.

There was also victory for Italy in the men's team kumite gold-medal bout as the curtain came down on the Championships, the first edition of the World Karate Federation's flagship event to be held in the Middle East.

Abdelaziz got Egypt off to the perfect start when she eased to a 3-0 win over Jennifer Zameto in the opening bout of the contest.

Menna Shaaban Okila, silver medallist in the over-68 kilograms event at these Championships, further demonstrated why she is considered a future star as she held her nerve and saw off Léa Avazeri 7-3, thanks largely to a late ippon.

The triumph handed Egypt a first world title in the event since 2014 and saw Abdelaziz banish her demons from the individual competition, where she suffered defeat in the under-68kg quarter-finals.

The bronze medals were claimed by Colombia and Italy.

MEET THE 🥇 IN TEAM KUMITE #KarateDubai2021

Italy made light work of opponents Serbia in the men's final, winning the first three bouts to take an unassailable lead and seal the gold medal in style.

Daniele De Vivo, Ahmed Elsharaby and Gianluca De Vivo prevailed in their respective contests and their success was greeted by joyous scenes on the tatami.

Azerbaijan and Kazakhstan joined them on the podium after earning bronze.

Japan lived up to their pre-Championships billing in the team kata events, topping the podium in both the men's and women's competitions after convincingly beating Spain.

Turkey and Italy had clinched the bronze medals in the event yesterday.

Japan's women were similarly dominant as they also topped the podium for the third straight Championships.

It was the third successive edition of the World Championships that Japan had overcome Spain in the final.

Bronze medals in the division were claimed by Egypt and Italy.

Japan's win in the men's kata event propelled them to the top of the medal table on four golds, one silver and a bronze.