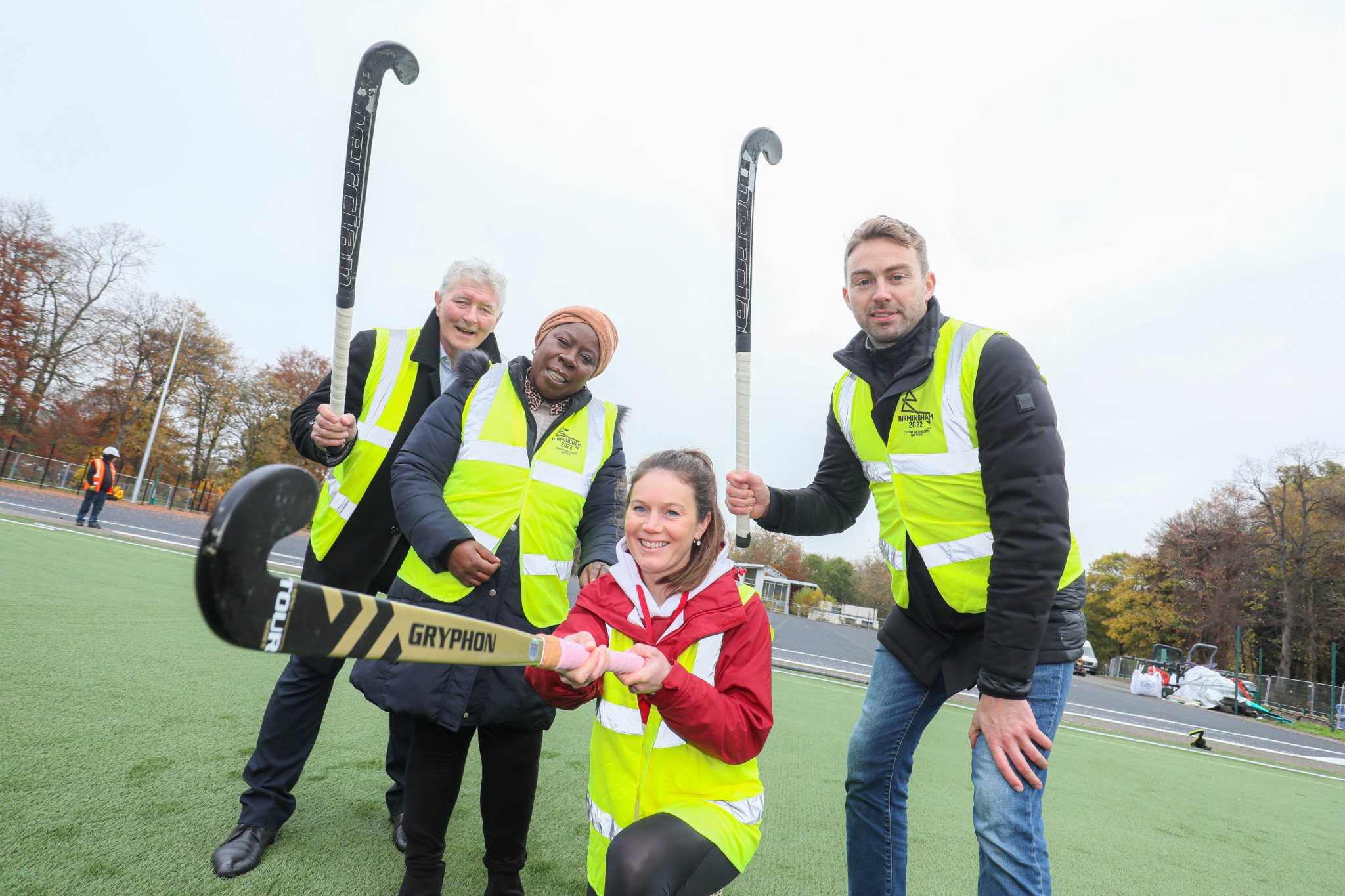 The list of official training venues for the Birmingham 2022 Commonwealth Games has been unveiled by organisers here in the English city.

Wyndley Leisure Centre in Sutton Coldfield - situated north of Birmingham - has been announced as the training venue for triathlon, Para triathlon and hockey and is undergoing a £800,000 ($1.1 million/€950,000) revamp in preparation for the Games.

British three-time Olympic medallist Laura Unsworth, who started playing at Sutton Coldfield Hockey Club, and Matt Kidson, director of sport for Birmingham 2022, were part of a group given a tour of the site.

The pitch will be upgraded to International Hockey Federation standard to replicate the playing surface at the University of Birmingham - the hockey venue for Birmingham 2022.

The improvements - which are expected to be completed by the end of next month - will see new fencing and floodlights installed, while the athletics track is due to be refurbished from April next year.

Funding has made available through the Birmingham 2022 capital programme budget and National Lottery Funding via Sport England.

Moseley Cricket Ground is another facility that has been selected by Birmingham 2022 and will be used to enable the eight women’s cricket teams to prepare for the Games.

This venue is being upgraded thanks to support from the England and Wales Cricket Board, with the pitch set to replicate the one the athletes will be competing on at Edgbaston Stadium.

Broadstreet Rugby Football Club in Coventry has been chosen as the rugby sevens training venue.

The ground has four World Rugby standard pitches, recovery areas, changing areas and large internal spaces for teams to utilise before or after training.

We've revealed the official training venues for #B2022, which will each play a pivotal role in athletes' preparations for the Games.@moseleycc is among them, and we went along to see what the announcement means to the club.

Birmingham 2022 has also decided to make the most of the facilities at the three Commonwealth Games campus villages that were announced last year at the University of Birmingham, the University at Warwick and the NEC.

All three will now add training venues to the list of facilities they are providing for the Games.

The swimming pool and athletics track at the University of Birmingham will be used by the competing nations and territories.

A boxing and netball training venue will also be created within a hall at the NEC, providing athletes with boxing rings, training equipment and recovery areas.

The netball players will also have access to two top-standard courts.

The University of Warwick will provide training facilities for rugby sevens, judo and wrestling.

The final training venue is King Edward’s School in Birmingham, which will welcome Birmingham 2022’s rhythmic gymnasts, as well as some of the athletics and Para athletics competitors.

"Following our public search for venues which we launched last year, it’s great to be able to confirm the facilities that we have now selected as official training venues for the Games," said Kidson.

"We had a great response with more than forty applications from facilities across the region.

"We would like to thank everyone that applied, and we look forward to working with the venues that have been selected, to ensure that we provide the world-class training facilities for all of the athletes taking part in the Birmingham 2022 Commonwealth Games."

Sports Minister Nigel Huddleston added: "This is fantastic news for all the sites and community groups - from Wyndley to Warwick - that will help athletes achieve their best at Birmingham 2022.

"I hope that having world-class athletes training in schools, universities and sport clubs on their doorstep will inspire West Midlands residents to get active and involved in the Games next summer."