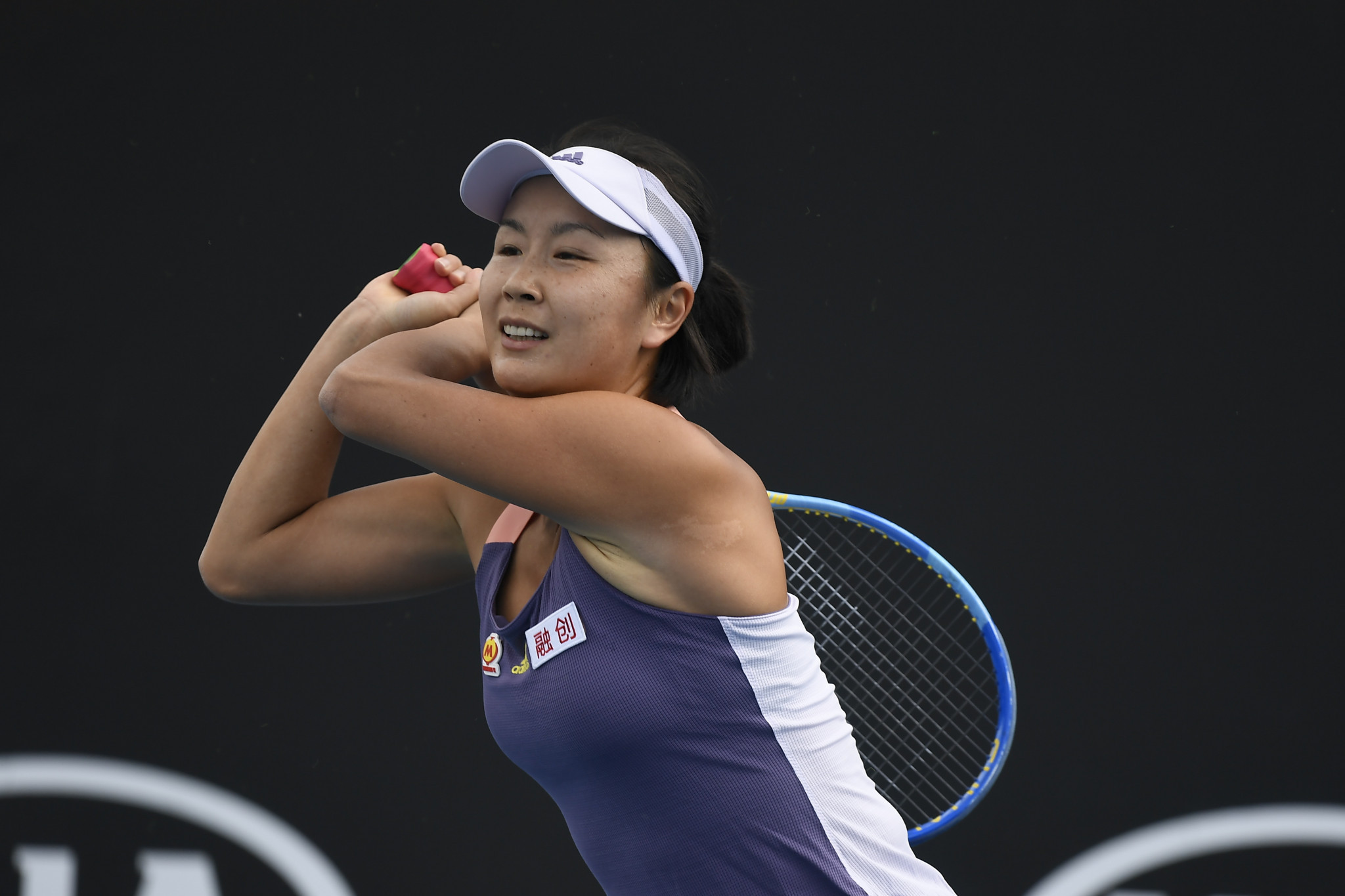 An email purporting to be from Chinese tennis player Peng Shuai assuaging fears over her welfare "only raises my concerns as to her safety and whereabouts", the head of the Women's Tennis Association (WTA) has said.

WTA chairman and chief executive Steve Simon added that "I have a hard time believing that Peng Shuai actually wrote the email we received or believes what is being attributed to her".

Chinese state media outlets have republished what is claimed to be an email from Peng to Simon, in which the author says Peng is "not missing, nor am I unsafe" and claims that an earlier allegation of sexual assault Peng made against former vice-premier Zhang Gaoli "is not true".

Peng alleged earlier this month that she had been coerced into a sexual relationship with Zhang, in a Weibo post which was deleted shortly afterwards.

The 35-year-old tennis player is reported to have not been seen or heard from since, and there is growing concern for her welfare amid fears Peng is being censored and punished for speaking out against a senior Chinese Communist Party official.

The email it is claimed Peng wrote to Simon - a screenshot of which state-run media outlets have shared - begins "Hello everyone this is Peng Shuai".

A cursor, usually only present on the screen when someone is typing, is also visible, and the communication has been widely dismissed as not credible.

"The statement released today by Chinese state media concerning Peng Shuai only raises my concerns as to her safety and whereabouts," said Simon in a WTA statement.

"I have a hard time believing that Peng Shuai actually wrote the email we received or believes what is being attributed to her.

"Peng Shuai displayed incredible courage in describing an allegation of sexual assault against a former top official in the Chinese government.

"The WTA and the rest of the world need independent and verifiable proof that she is safe.

"I have repeatedly tried to reach her via numerous forms of communication, to no avail.

"Peng Shuai must be allowed to speak freely, without coercion or intimidation from any source.

"Her allegation of sexual assault must be respected, investigated with full transparency and without censorship.

"The voices of women need to be heard and respected, not censored nor dictated to."

I am devastated and shocked to hear about the news of my peer, Peng Shuai. I hope she is safe and found as soon as possible. This must be investigated and we must not stay silent. Sending love to her and her family during this incredibly difficult time. #whereispengshuai pic.twitter.com/GZG3zLTSC6

In response, the International Olympic Committee refused to comment on proceedings, telling insidethegames: "Experience shows that quiet diplomacy offers the best opportunity to find a solution for questions of such nature.

"This explains why the IOC will not comment any further at this stage."

China is due to host the Winter Olympics and Paralympics early next year.

Critics of the regime say China's record on human rights makes it an unfit Olympic host, and the Peng case is likely to give rise to more criticism over how China handles dissent.