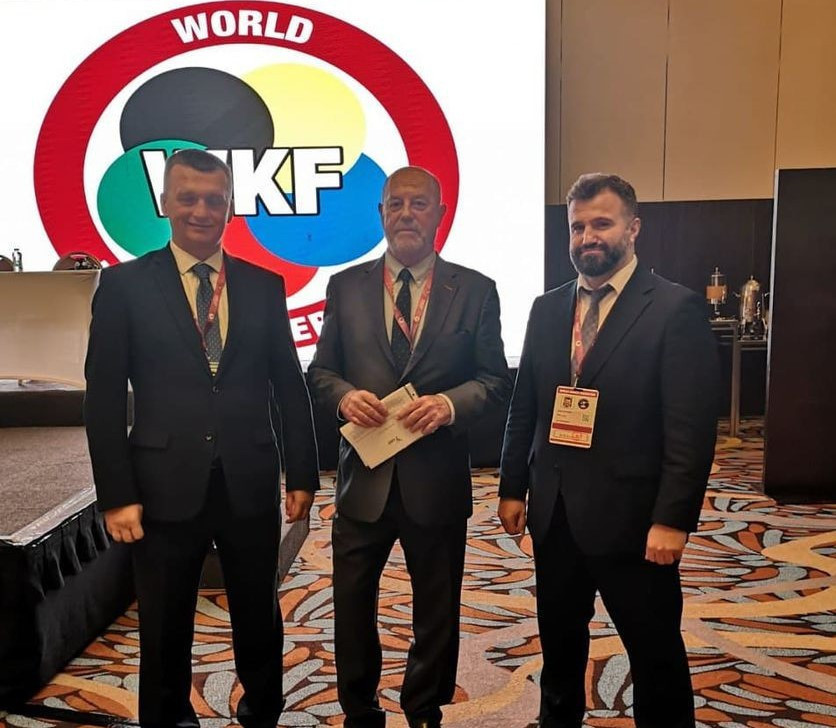 Ukraine has submitted a bid to host the 2026 European Karate Championships.

Officials from the country met World Karate Federation (WKF) President Antonio Espinós to discuss the nation’s application for the event on the sidelines of the World Championships here.

Espinos cited the "high level of the UKF as a sports organisation that has all the possibilities to hold sporting events at a high international level", the UKF claims.

The UKF is hoping to capitalise on the success of its karate team at Tokyo 2020, where the sport made its Olympic debut.

Ukrainian athletes returned from the Olympics with two medals in karate as Anzhelika Terliuga, the world number one in the women’s kumite under-55 kilograms division, took silver and Stanislav Horuna earned bronze in the men’s under-75kg weight class.

Anita Serogina, who also competed at Tokyo 2020, reached the final of the women’s under-61 kg category here yesterday.

Ukraine has never staged the European Karate Championships, first held in Paris in 1966.

Gaziantep in Turkey is due to host the continental event next year before it moves to Russia in 2023.

Croatia is set to hold the competition for the second time in three years in 2024 after it hosted the Championships in May.

Azerbaijan has been named as the venue for 2025, with Baku the likely host city.