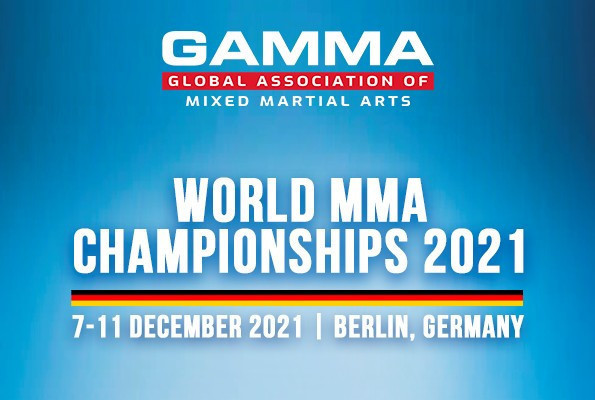 The tournament, scheduled to take place from December 7 to 11, is in jeopardy after the capital enforced the 2G rule on indoor sports facilities yesterday.

The 2G rule states an individual must be fully vaccinated.

Alternatively, individuals can have contracted COVID-19 within 180 days but no later than 28 days before entry, meaning they are viewed as unable to catch and carry the virus.

A positive PCR test between 28 and 180 days old must be shown to enter, and a recent negative test is not sufficient.

Although no official announcement has been made, GAMMA is waiting for further updates from the Government and the Hotel Berlin Central District venue.

Athletes from more than 100 countries were expected to compete, but the ruling would exclude several.

As it stands, the GAMMA World Congress is still going ahead on December 8, also in Berlin.

Despite intentions to hold the World MMA Championships annually, it has only been staged once in 2019 as the 2020 edition was cancelled due to ongoing coronavirus concerns.

The inaugural GAMMA World MMA Championships were held in Singapore between November 18 and 23, 2019.

GAMMA's European MMA Championships recently concluded at the Palace of Sports in Kiev.

The host country, Ukraine, dominated the event after winning 12 out of 23 gold medals.